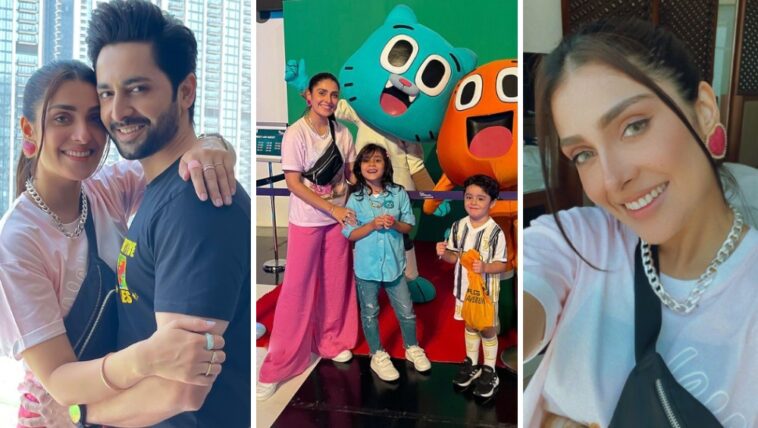 Popular showbiz couple Ayeza Khan and Danish Taimoor take the kids along for a fun family trip to Dubai. The couple took to Instagram to share some cute family clicks togethers, visiting the famous IMG World of Adventure amusement park. 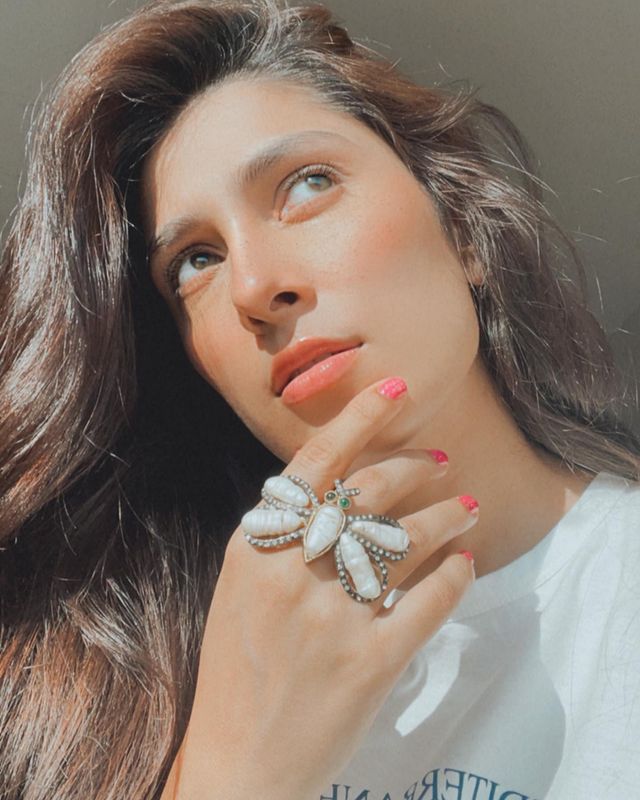 Ayeza Khan is one of the biggest stars in the Pakistani showbiz industry. The gorgeous actress is a household name nationwide because of her stunning looks and incredible acting skills. The 30-year-old starlet gave brilliant performances onscreen in hit drama serials. Some of her remarkable works include Pyarey Afzal, Tum Kon Piya, Mohabbat Tumse Nafrat Hai, Koi Chand Rakh, Mehar Posh, Yaariyan and the recently concluded Chupke Chupke. Her drama Laapata alongside Sarah Khan and Ali Rehman is currently on air and creating quite a buzz on social media. 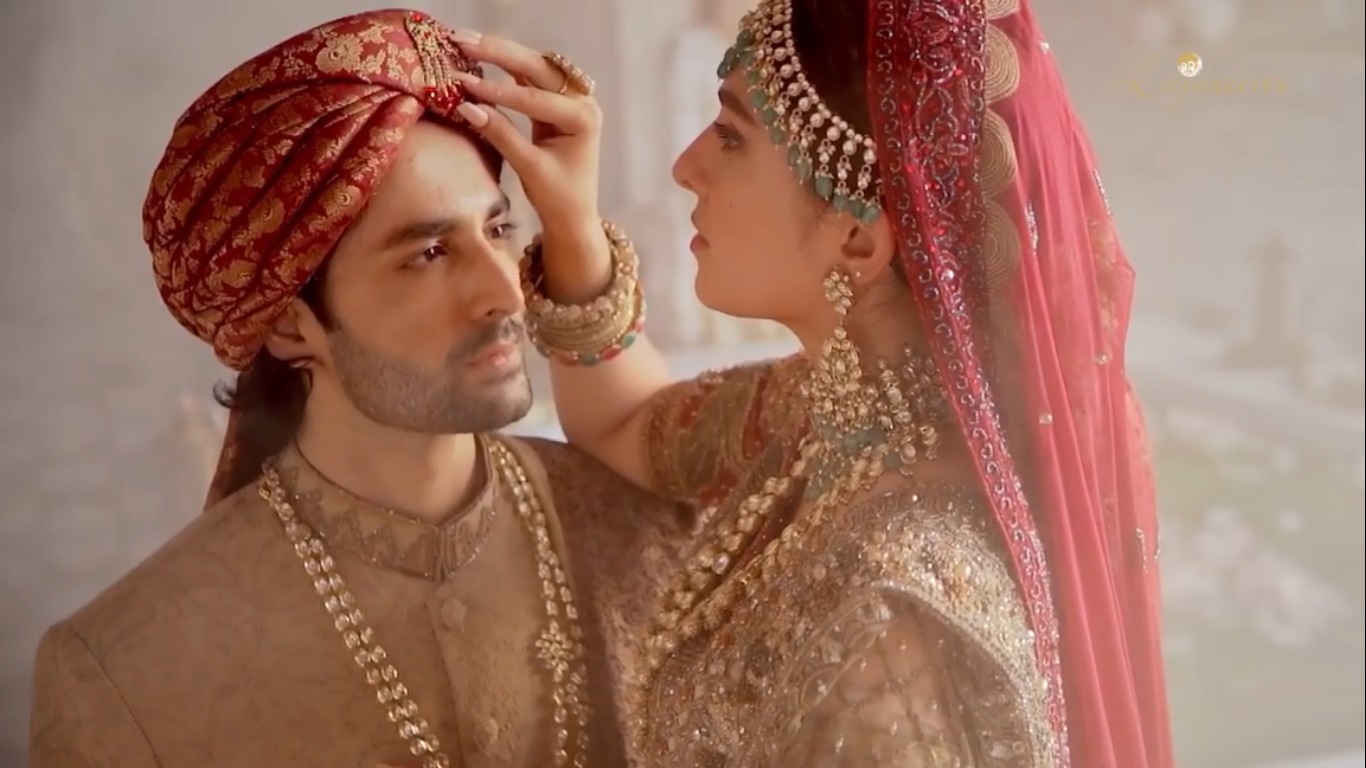 Danish Taimoor is a well known actor of the Pakistani entertainment industry. Fans of Danish know the actor from several hit drama serials, which include Deewangi, Haara Dil, Mehar Posh and Ishq Hai. He is the husband of beloved actress Ayeza Khan. 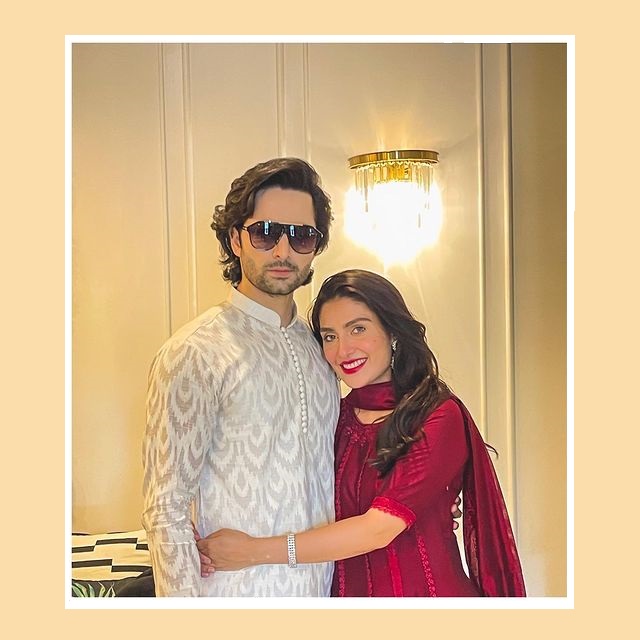 Ayeza Khan and Danish Taimoor are everyone’s favorite showbiz couple. The two tied the knot in 2014 and have two lovely children together, Hoorain and Rayan Taimoor. Fans love these two and the affection they have for each other. 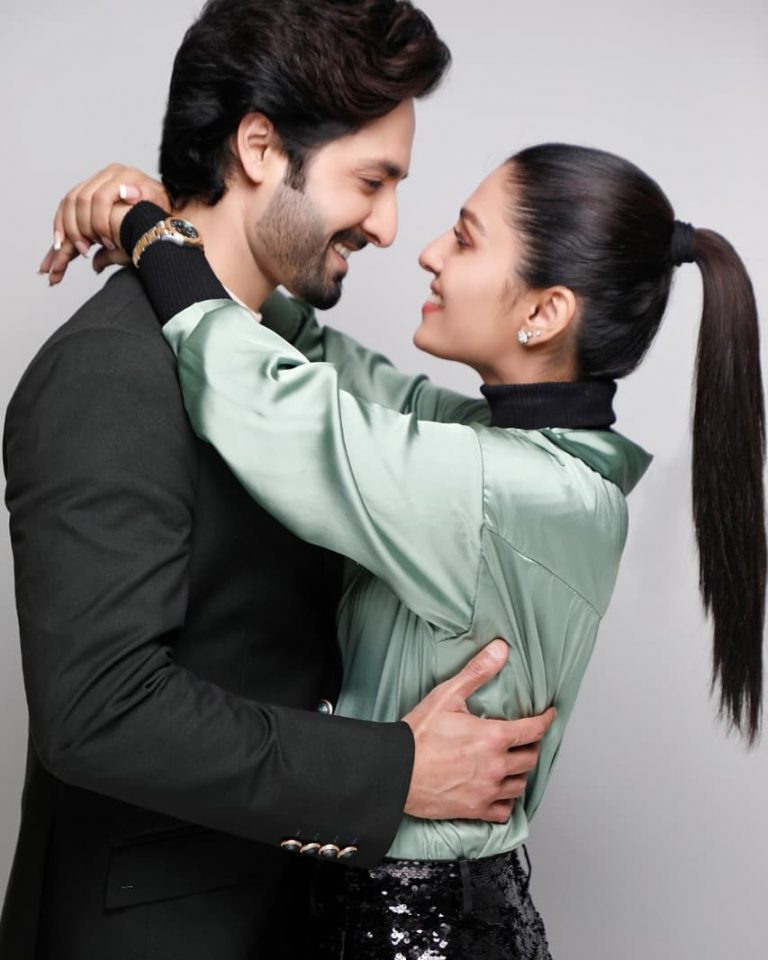 Recently, Ayeza took to her Instagram to share her family fun-filled trip to Dubai. The showbiz couple is having a blast in UAE, even taking the kids to the IMG World of Adventure amusement park. Check it out! 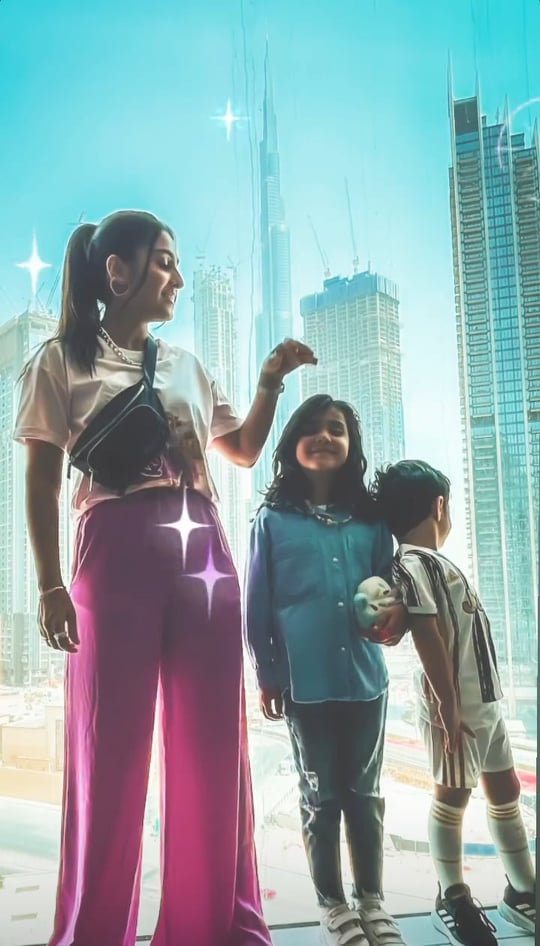 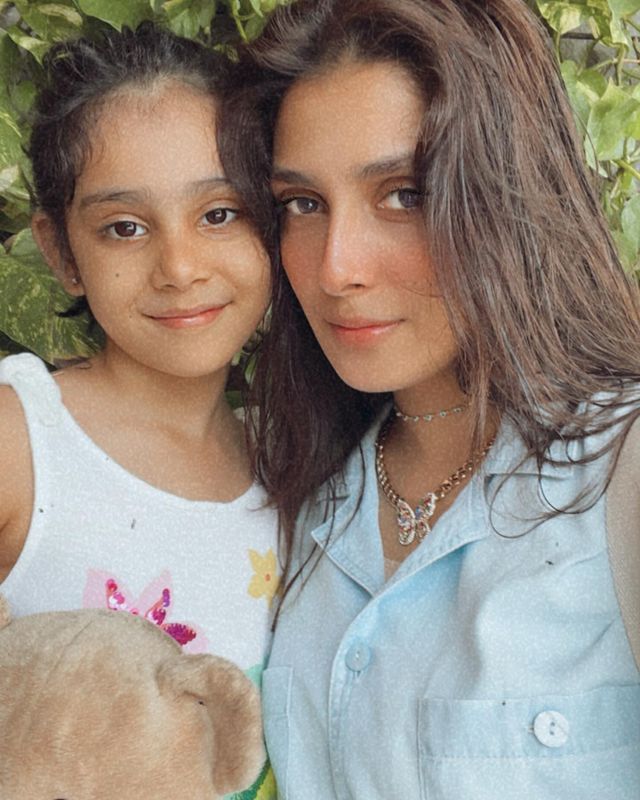 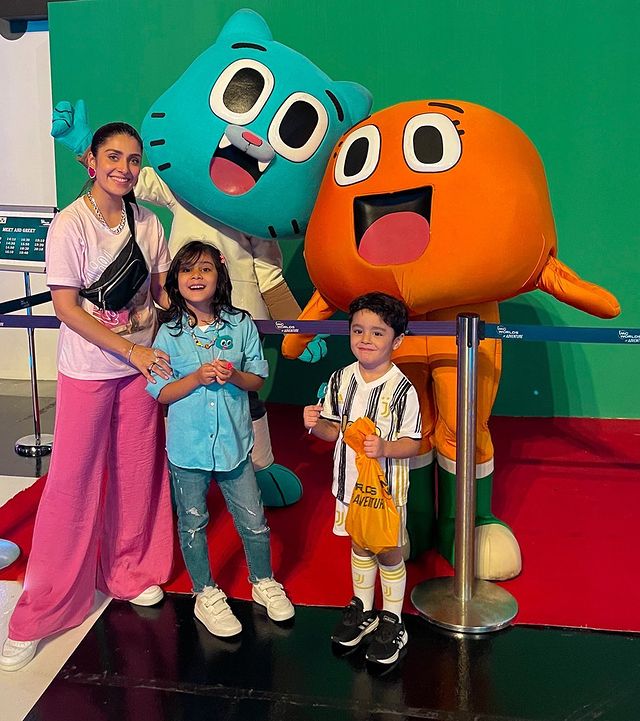 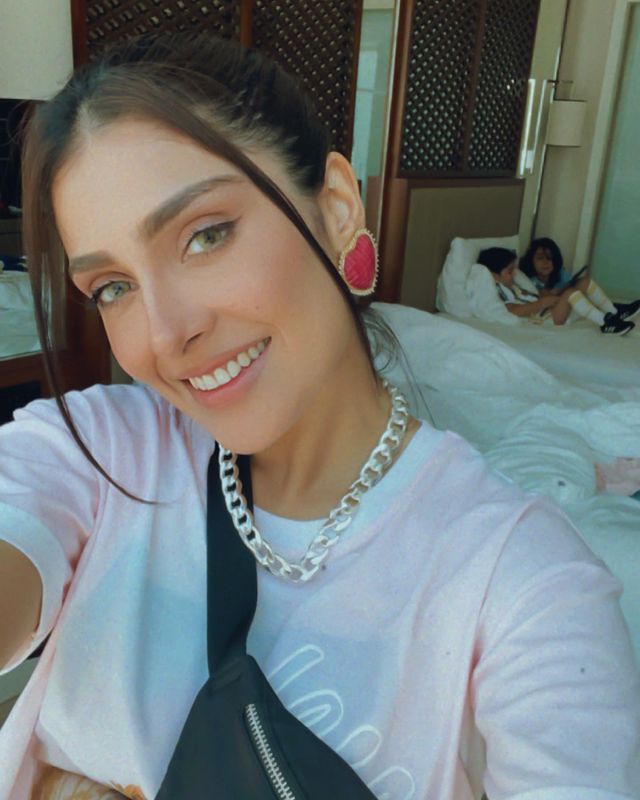 The couple had fans gushing with some romantic selfies. 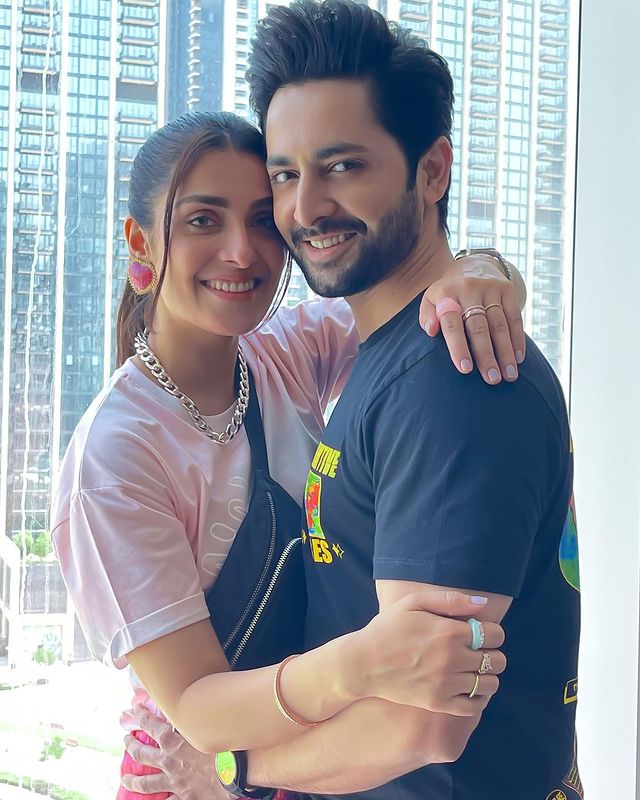 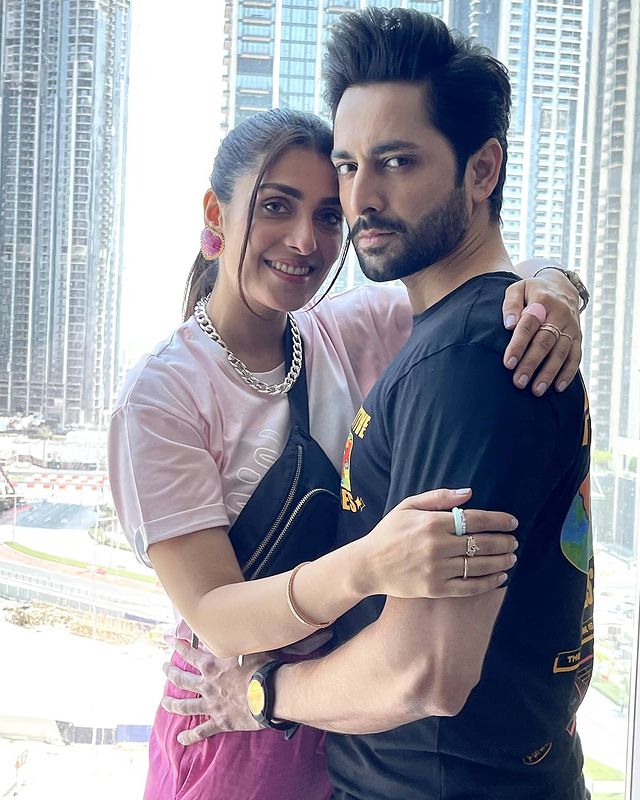 “All I Ever Need Is You,” Ayeza wrote in the caption. 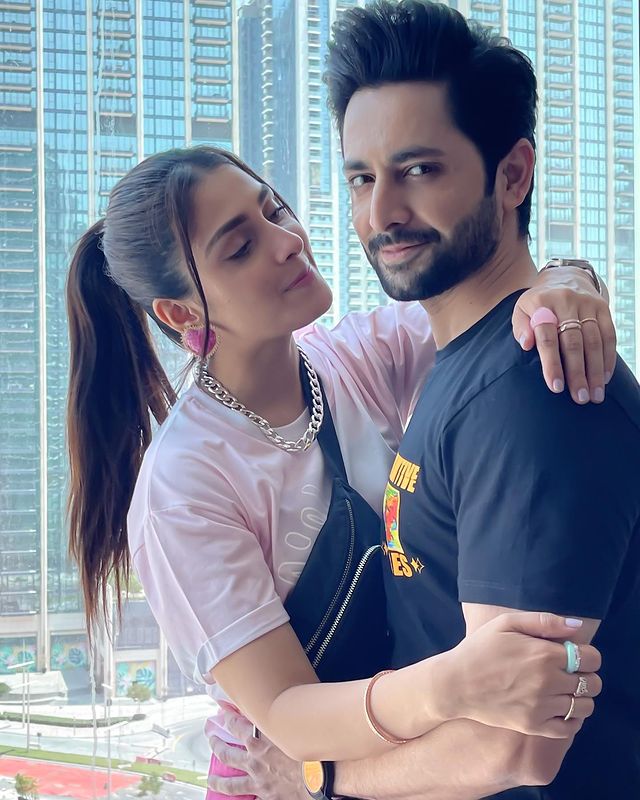 What do you think about Ayeza Khan and Danish Taimoor’s Dubai fun vacation clicks? Let us know your thoughts in the comment section below. 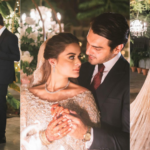 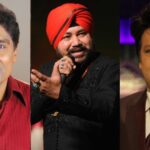