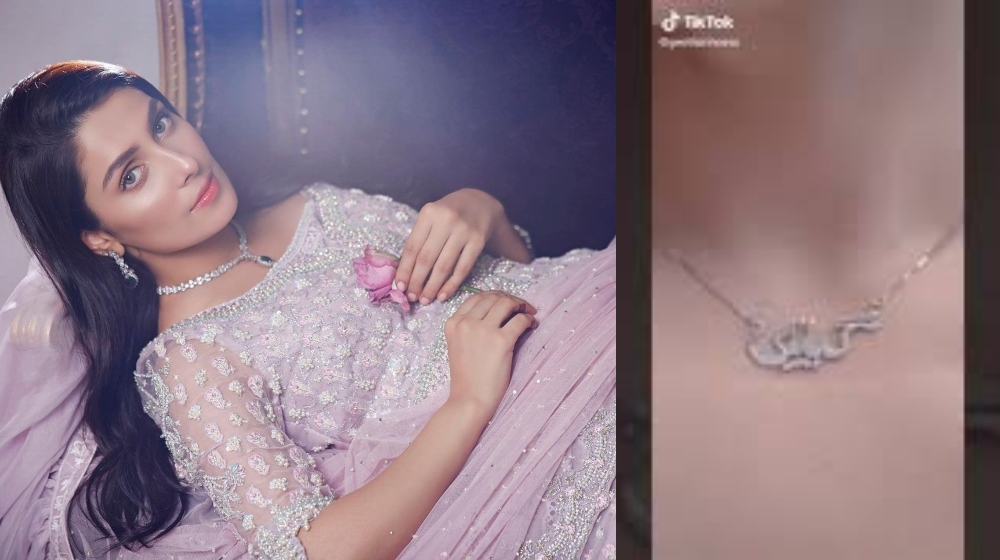 After celebs like Noor Hassan, and Zhalay Sarhadi made waves on TikTok, Ayeza Khan also joined the video-sharing platform.

Is Geetii the name of a character she will play in her next drama, ‘Laa Pataa’? Fans speculate so. After playing Meenu to perfection, Ayeza is all set to embrace another bubbly role in the funfilled drama. Sarah Khan, Ali Rehman Khan, and Gohar Rasheed are also part of the cast.

Noor Hassan Does An All-Male Version of ‘Saukan’ and Its Hilarious!

Ayeza Khan already has 9.1 million followers on Instagram. This makes her the most followed Pakistani celebrity on Instagram. She just recently celebrated this milestone with fans. However, with the Peshawar High Court’s (PHC) TikTok ban, it’s unclear why she only joined the platform now.

According to PHC, ‘TikTok will remain banned in Pakistan until an effective mechanism for monitoring and removal of objectionable content is devised’. At the time, the Director-General of the Pakistan Telecommunication Authority (PTA) shared how the regulator cannot control or restrict content on TikTok because it does not have an office in Pakistan.

He added that PTA has held several talks with TikTok’s administration in this regard but ‘all meetings have been in vain‘. Since March 2021, the video-sharing platform remains banned in Pakistan.

In fact, even revered TikTok stars like Jannat Mirza and Areeka Haq have moved on to adverts, endorsements, and other media projects like music videos. Meanwhile, TikToker Alizey Shah has since long transitioned to drama and film.

Whereas the remainder of Pakistan’s TikTokers have switched to a similar video sharing platform ‘Snack video’.

Nonetheless, we are all excited about the Pyarey Afzal actress joining TikTok.