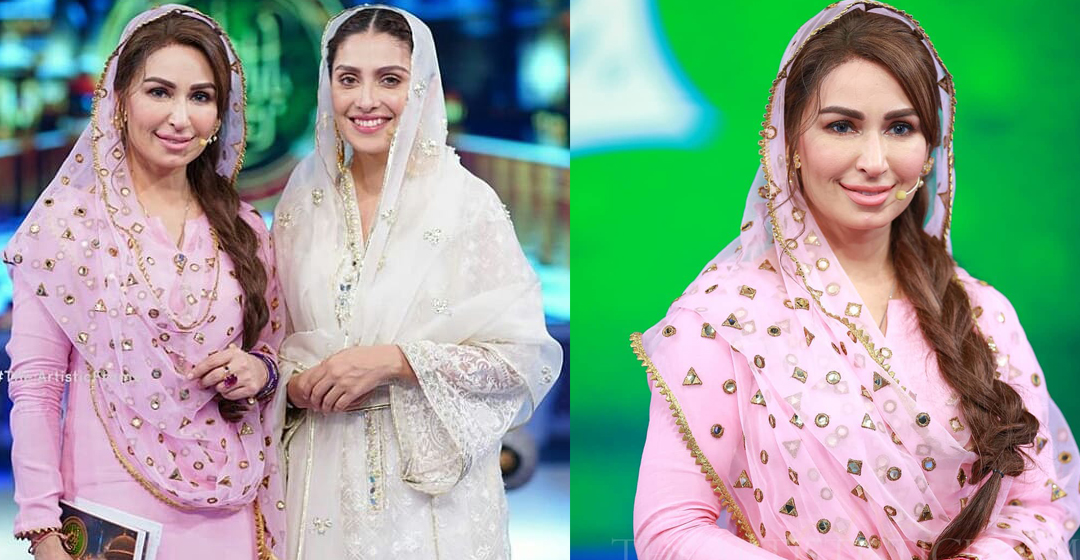 The evergreen and beautiful Reema Khan is one of the most talented and famous artists in Lollywood. She was one of the leading film actresses in the 90’s. She was recognized for her acting not just in Pakistan but also India. She also earned the “Pride of Performance” Award on 23 March this year.

After being MIA for quite a long time, Reema Khan made a comeback this year by hosting a Ramzan transmission called Baran E Rehmat on Emax. She has been inviting a lot of celebs lately in her show.

One of her guest stars was Ayeza Khan. Finally the two dynamic actresses from two different generations come together. Ayeza herself is a huge fan of Reema Khan and was excited to meet her idol.

No One Like Mom: These Pakistani Celebrities Shared Their Heartfelt Messages On Mother’s Day

They both looked absolutely heavenly in their ensembles.

Ayeza Khan wore a white ensemble by Farah Talib Aziz and was styled by Anila Murtaza.

Both the stars seemed to have an amazing time together.

We hope to see the dynamic duo in a project together in the near the future.