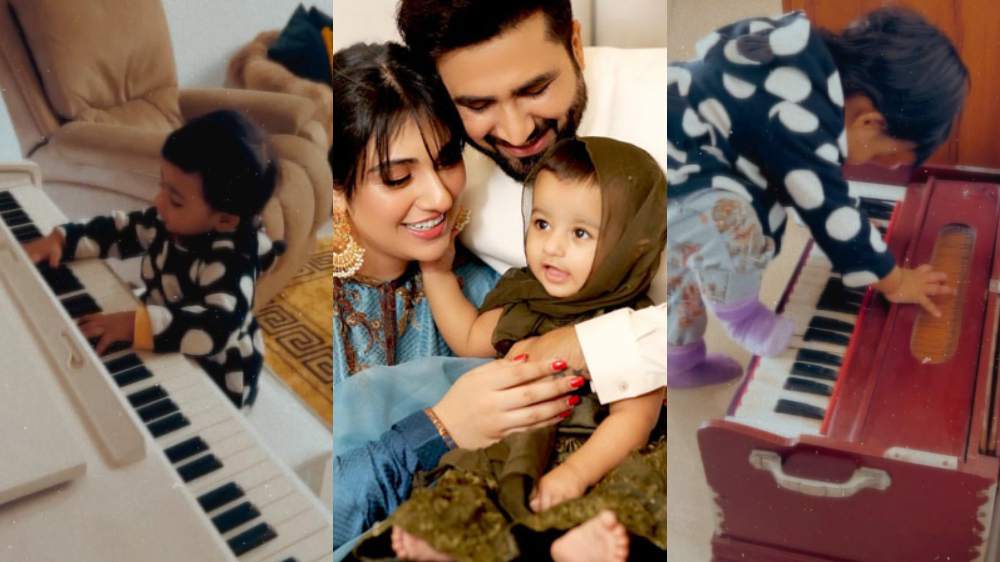 It looks like baby Alyana takes up after her dad Falak Shabir as the little toddler tried her hand at a couple of musical instruments.

Actress Sarah Khan shared a series of video clips of her baby girl Alyana Falak “composing” her debut single on the piano.

The Sabaat star wrote in the caption,

Falak and Sarah’s baby girl is the talk of the town as fans can’t get enough of her. Fans love seeing the couple share cute clicks of her on social media. Adorable pictures and video clips of baby Alyana keep popping up on social media and fans are loving each and every one of them. 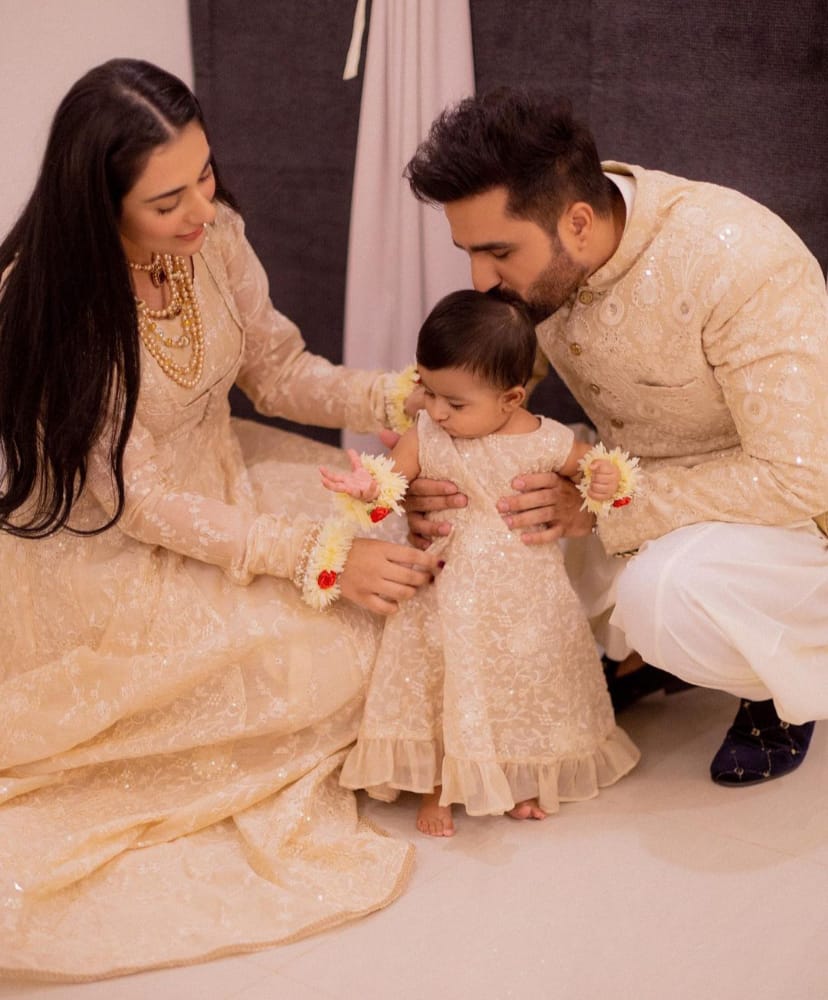 Falak Shabir is a Pakistani songwriter and singer. He came into the limelight with his debut song “Rog”, which was an instant hit and got nominated for an award. The singer is usually known as “Mr. Unplugged” and “King of Soul Style”. He tied the knot with beautiful Pakistani actress Sarah Khan in 2020. 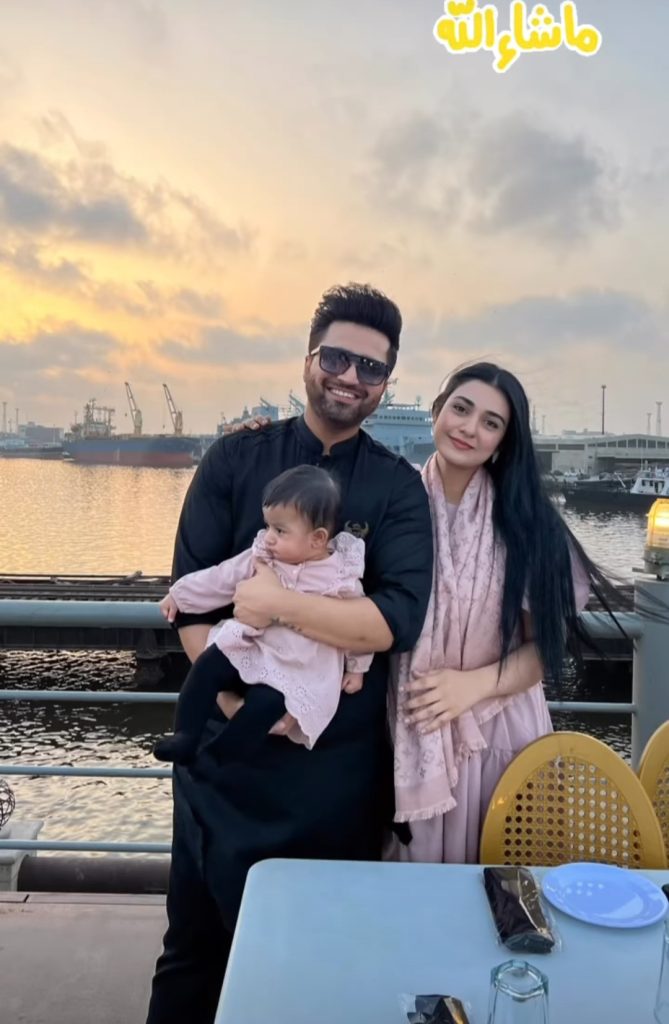 Sarah Khan is a popular Pakistan television actress. She is a known name in every household because of her amazing acting skills and absolute beauty. She started her career in a supporting role in the drama serial Bari Appa in 2012. Her drama Alvida was a breakthrough in her career. 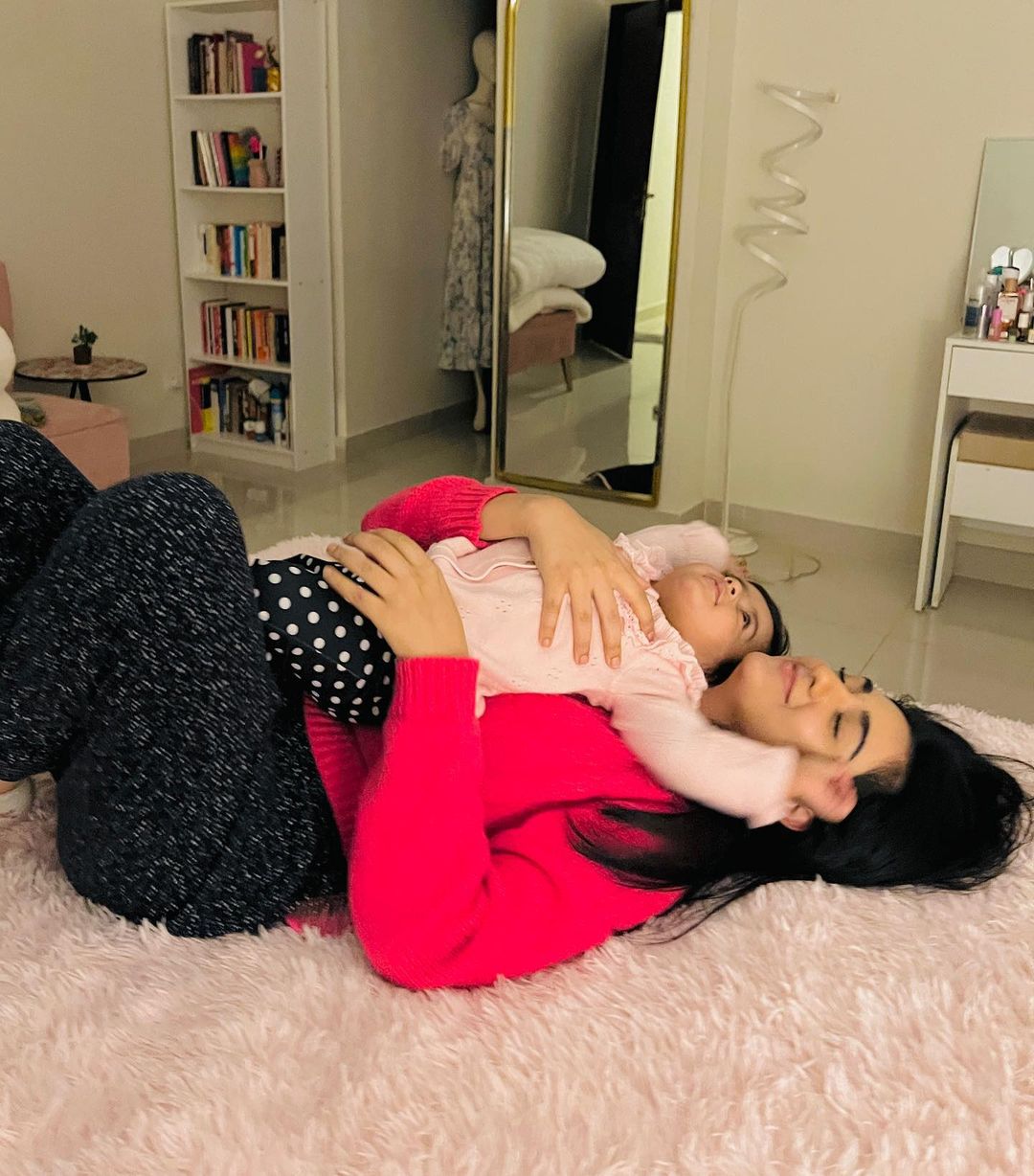