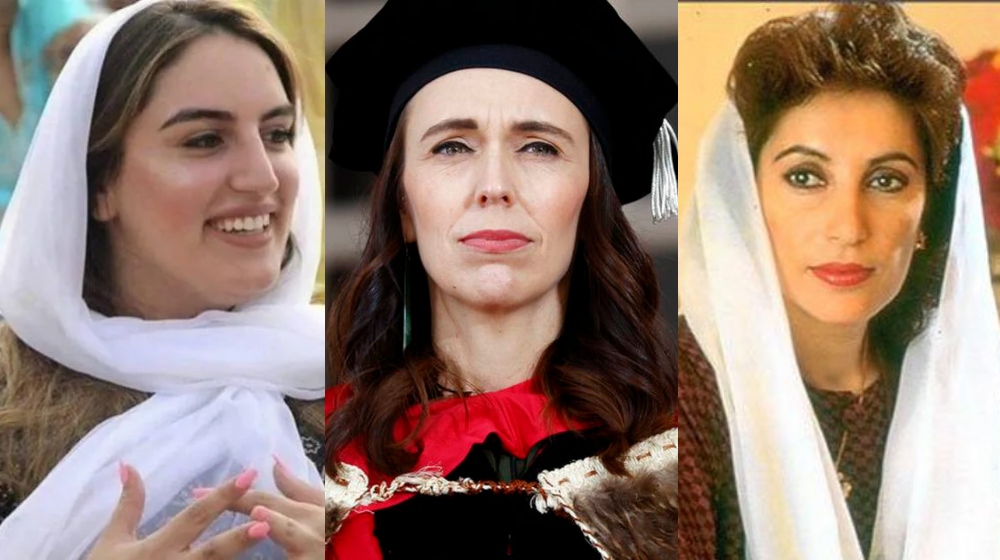 As the Prime Minister of New Zealand Jacinda Arden filled in as the commencement speaker for the Harvard 371st commencement, Bakhtawar Bhutto was touched by a part of her speech.

While New Zealand’s head of government wowed many with all that she touched upon in her speech, Bakhtawar Bhutto was touched by the tribute to her mother.

She shared how the PM of New Zealand talked about a woman who gave birth in office. Something that she went on to do herself in 2018. Additionally, by some coincidence, the second baby born in office to a female head of government shares a birthday with Benazir Bhutto.

#NewZealand PM speech at #Harvard 371 commencement paying tribute to Shaheed #BenazirBhutto & her history – 1st Muslim Female PM Elected & 1st to give birth in office (to me 🫶)! 30 yrs later Ms @jacindaardern the 2nd – her daughter was born on June 21st 2018 (on SMBB bday 🥹). pic.twitter.com/Hxe7ncdVCe

Aside from Jacinda Arden, in total there are but a handful of female heads of government right now including Iceland’s Katrin Jakobsdottir, Namibia’s Saara Kuugongelwa, and long-running Prime Minister of Bangladesh, Sheikh Hasina Wajed.

Years after Benazir Bhutto was elected the first female head of government in the Muslim world, we still have a long way to do. Despite many countries making efforts to balance gender parity in government, there is much to be done.