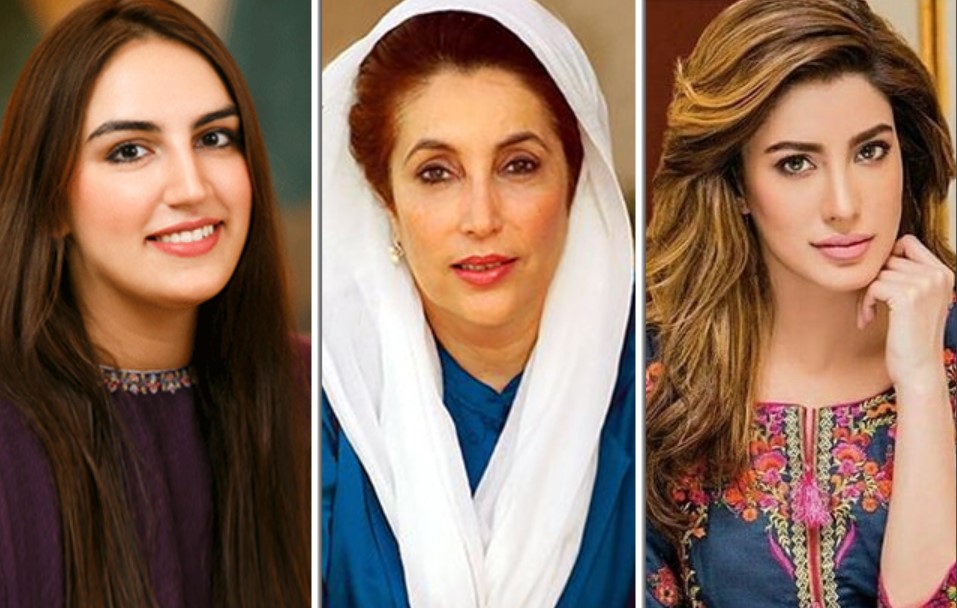 Daughter of former Prime Minister Benazir Bhutto, Bakhtawar Bhutto, has threatened to take legal action against Mehwish Hayat for making a biopic on her mother without their consent.

“She knows we haven’t consented. I threatened her with legal action 2 years ago on Twitter now again she’s brought up this film. Regardless of location we will seek legal action,” Bakhtawar Bhutto said.

The daughter of the former first woman Prime Minister of Pakistan was responding to Mehwish Hayat’s statement regarding the legal permission required for making a film on the life of someone. Mehwish Hayat, while talking to the same media outlet, had stated that it is not a Pakistani project. She further added that in the West no formal consent is needed from living heirs to make a biopic.

Mehwish Hayat Will Play Benazir Bhutto in Her Next Film

But Mehwish Hayat announced that she will reaching out to the Bhutto’s family when the project is further down the line.

“I am under strict NDA to not reveal any details about the project or who is involved. What I can let you know is that it is not a Pakistani project. My understanding of the legal position in the West is that no formal consent is needed from living heirs to make a biopic. However, when the project is further down the line, I will reach out to the family,” the Punjab Nahi Jaungi actress said.

Couple of days ago renowned TV and film actress Mehwish Hayat announced that she will be playing the role of Benazir Bhutto in a project based on the life of the former Prime Minister. But, this is not the first time that such announcement was made by Mehwish Hayat regarding Benazir Bhutto’s biopic.

It was back in June last year, when the renowned actress announced that Benazir Bhutto’s biopic was in the works. As we all know, making a biopic of someone requires a formal permission from the heirs of that person. Responding to Hayat’s announcement at that time Bakhtawar Bhutto had threatened to take legal action against her.

Certainly no consent from her living heirs/children was sought. Absolutely unacceptable and we will be taking action against it. https://t.co/onq9F4xgYT

Mehwish Hayat had also responded to Bakhtawar’s tweet and stated that a formal permission will be sought from the living heirs of Benazir Bhutto.

To clarify rumours circulating.There is a project at the very early stages of development about your amazing mother. This cannot and will not be done without the consent or blessing of the family.I am sure that the team involved will be in touch before they progress further..1/2