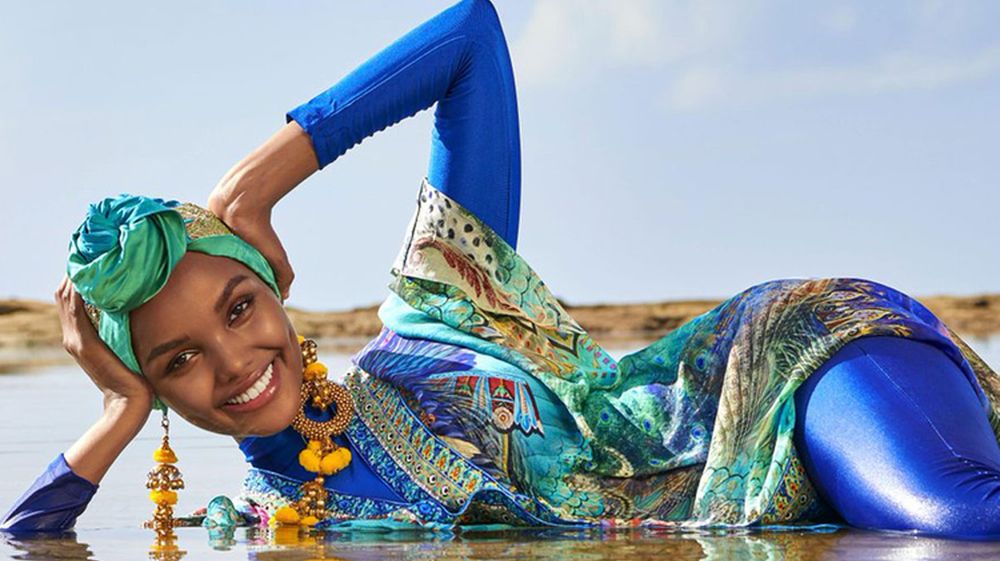 Sports Illustrated has made history by featuring a ‘burkini’ clad hijabi Muslim model Halima Aden. The magazine’s annual issue is famous for its racy photographs of model’s and athletes in skimpy swimwear.

Sports Illustrated’s annual swimsuit edition will feature the Somali-American model Muslim model, Halima Aden, with her hijab and a burkini. A ‘burkini’ is modest swimwear like a wetsuit that covers the entire body. The full-length swimsuit was designed for Muslim women but was later adopted by other women as well.

Halima Aden was born in a refugee camp in Kenya and lived there until the age of seven. She then moved to the United States as is now a US citizen.

Oscar Winner Wasn’t Wearing a Jinnah Cap After All

That’s why the Somali-American model’s Sports Illustrated shoot was set in Kenya.

Sports Illustrated made this historic announcement by posting a picture of Halima Aden posing lying down in shallow water, wearing a turquoise hijab, long yellow earrings, and a deep blue burkini.

Sports Illustrated will launch its annual swimsuit edition in Miami, Florida on May, 10th and 11th.

Now 21-years old Halima made headlines at age of 19 when she was the first woman to wear a hijab in the Miss Minnesota USA Pageant. She made the semi-finals in the 2016 pageant.

Halima has previously been featured on the cover of British Vogue. She then walked the runway at New York Fashion Week.

“Growing up in the States, I never really felt represented because I never could flip through a magazine and see a girl who was wearing a hijab,”

To add to that she’s friends with Rihanna so……..major life goals there.