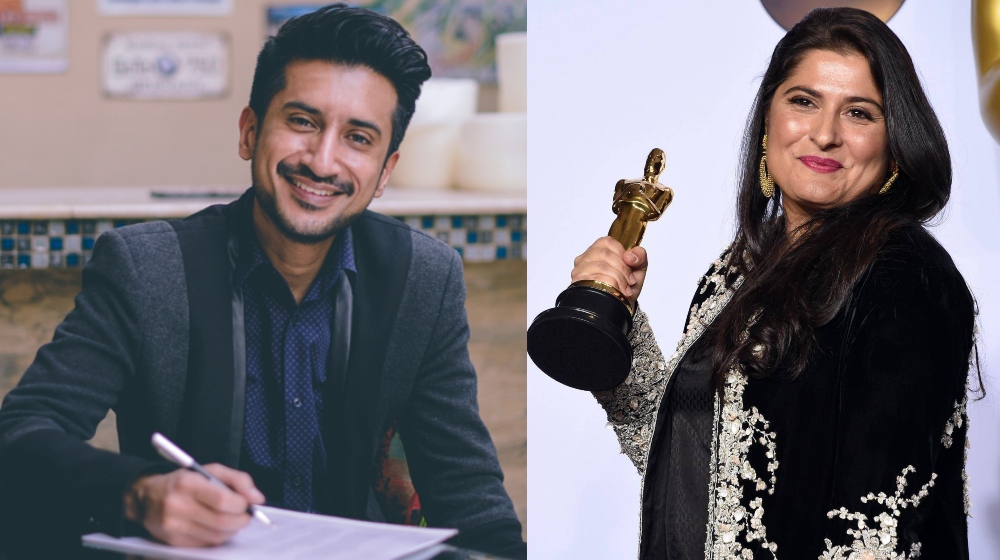 Pakistani director Asim Abbasi has nothing but kind words for Sharmeen Obaid Chinoy over her work in Ms. Marvel. She is one of four directors on the team for the web series.

As Disney Plus continues to make waves with Marvel Cinematic Universe’s latest web series Ms. Marvel, Netizens are swooning. While, the public is fangirling over everyone from the comic book creators behind the original story, to the cast bringing the live-action adaptation to life, we forget about the directors.

ALSO READ
Web Series Churails is Back After One-Day Ban

As a director himself, Pakistani filmmaker Asim Abbasi lauded Sharmeen Obaid Chinoy for her contribution to the web series. The Cake director also gave a shoutout to other Pakistani artists working on the project.

“What a glorious summer it’s been for groundbreaking Pakistani content and artists, … Kudos to Sharmen Obaid, Fawad Khan, Nimra Bucha, Mehwish Hayat and everyone else from around the globe who has been instrumental in bringing Ms. Marvel to us! And if you are lucky enough to be in Pakistan right now, catch it in the cinemas!!”

“Been watching Ms. Marvel with my 8 year old who has never before been into superhero stuff. But he is devouring this show, sharing details of it with his grandparents, and his friends at school, making maps and drawings of partition and train stations and leaving voice notes to Nimra you creep me out, Najma! “

He also mentioned what a leap this is in terms of representation for Pakistanis.

“He feels seen. And that is the power of storytelling. It lies in the emotional, cathartic connect and representation in which you are not just the “other”, the side-kick, the comic in someone else’s world. Where you are the hero of your own world.”

The filmmaker had a message for naysayers in particular.

“So critique if you want to, but also, please, rejoice for this is huge. The burden of some full and final representation is too great for one show, and a handful of artists to ever bear.”

Recently, Asim Abbas garnered a lot of attention and fame for his web series ‘Churails‘. The Zee5 Original series made waves in the digital sphere.