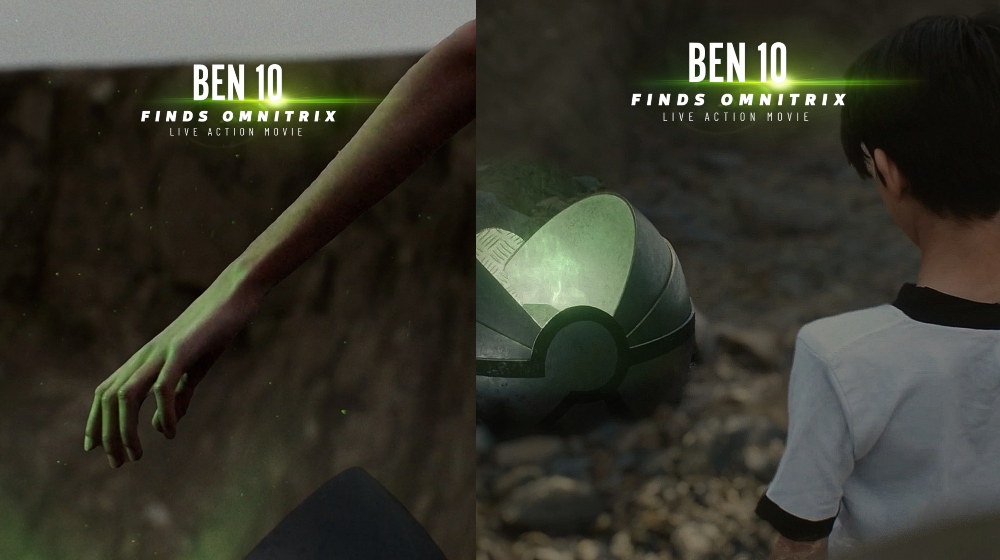 After blowing us away with his rendition trailer for Sonic The Hedgehog movie trailer, a Pakistani kid is taking the Internet by storm once again. This time over Ben 10 live action short film. Just the trailer alone is stunning. With a side-by-side comparison

Pakistani Youtuber and VFX artist, Waleed Qureshi makes these gems because he’s a fan. While he has mad potential to be doing this professionally, he is at the end of the day a minor, (too bad hiring him is illegal). We’re just glad we get to see the outcome of his passion for VFX.

“I created the live-action version of our childhood favorite tv show “Ben 10 Classic” some of the shots were full CG. I created the environments, modeled the spaceship, and composed the music. which took a lot of time & effort. VFX takes time. I had to experiment with different types of simulations for the explosion effects.”

Aside from the editing, direction, and incredible visual effects we’d also like to know who is that ‘Pakistani Ben 10’ in the short film?

“Ben’s role was played by my younger brother. I didn’t have someone to play Gwen & Grandpa’s role. So I created the CG versions of the 3 characters (Grandpa Max, Gwen & Alien: Heatblast) for this movie. We recorded this video twice at two different locations, because later on, I found a better location to record and I had to release it ASAP. Because it was taking way too long on the visual effects and I think spending more time on a movie makes it even better.”

So far Waleed Qureshi Has been soaking up the love he received online.

“Thankfully, the community is loving it already on the channel <3. Also, I’ll release extra bonus content on my Instagram showing how everything was done, behind the scene and VFX Breakdown.”

Check out the full short film on Waleed’s YouTube channel.

This guy has been doing VFX since 2013 and created his own YouTube channel in 2015. Initially, he started with a tech channel featuring content such as unboxing, how-to, and VFX tutorials. Now he has transitioned to VFX short films.

Seems the audiences loved the change as recently one of his videos crossed 100M views. He has a large audience of some 1M+ followers from all around the world mainly from USA, Turkey, India, Brazil, and Arab countries.