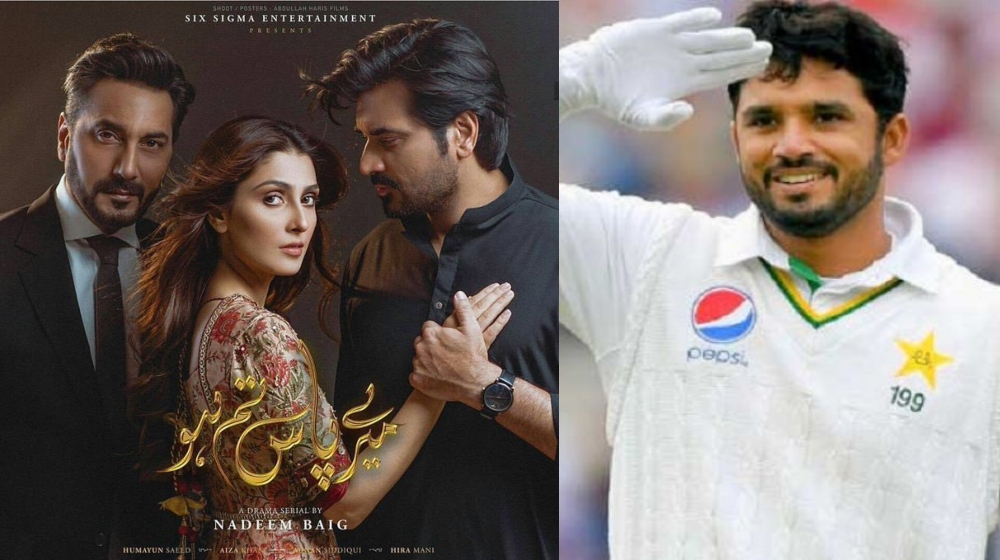 Mere Paas Tum Ho has to be the most loved Pakistani drama of recent times. Even Pakistan Cricket team’s recently appointed test skipper Azhar Ali can’t resist sharing his love for the drama.

Azhar Ali took to Twitter to appreciate the “fantastic work done by the cast”. The test team skipper also praised the writer of the drama, Khalil ur Rehman Qamar.

Replying to his tweet, one of the lead stars of the drama, Adnan Siddiqui, thanked Ali for appreciating their work.

“Thank you for appreciating our work and the drama,” Adnan Siddiqui replied.

Thank you for appreciating our work and the drama .

Apart from being a fan of the wonderful acting and story writing, Azhar Ali is as much in love with the OST as the drama. In his reply to Adnan Siddiqui, he expressed his likeness for the song as well.

Aside from all the praise, last night’s episode generated a lot of memes. Most of the memes center around the infamous dialogue;

And the memes came rolling.

Everybody talking about #MerePaasTumHo while me who doesn't watch the drama: pic.twitter.com/0zYbEHOuB6

To say the least, the misogyny of that dialogue is being mocked regardless of how poetic it was.

So Shalwar is going to turn out to be an innocent man because "men can't say no" and Mehwish is going to die and rot in hell. #MerePaasTumHo

The comparisons to better content on television were the best though.

The drama serial’s first and third episodes made history after it broke the highest rating records for the respective episodes.