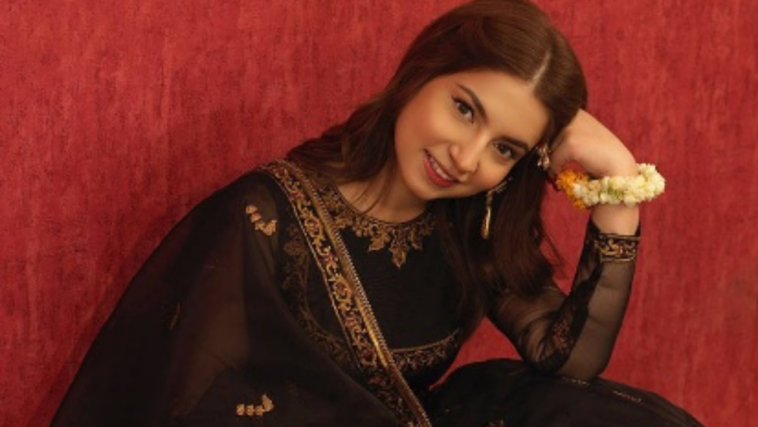 Dananeer Mobeen, the viral ‘pawri girl’ has taken to social media to share an important reminder so that everyone can take notes. The influencer addressed the issue of sexual violence against women and shut down the conversation once and for all.

A vast majority of the population believes that women get raped/harassed due to their clothing. In fact, in his latest interview, PM Imran Khan also shared his problematic views and said:

“If a woman is wearing very few clothes it will have an impact on men, unless they’re robots. I mean it’s common sense.”

But what about children, older women, and even the corpses? The problem does not lie in the way women dress but in how men take advantage of their vulnerability. And then shift the entire narrative around women and their ‘clothes’.

Dananeer Mobeen took it to her Instagram stories to remind everyone that men can:

“Control their sexual desires. It is a reminder that they are not born with an inherent desire to project themselves as sexual beasts and rape women merely on the basis of their clothing or appearance.”

She still can’t believe that we are having a discourse on ‘women and their dress codes in this century’. 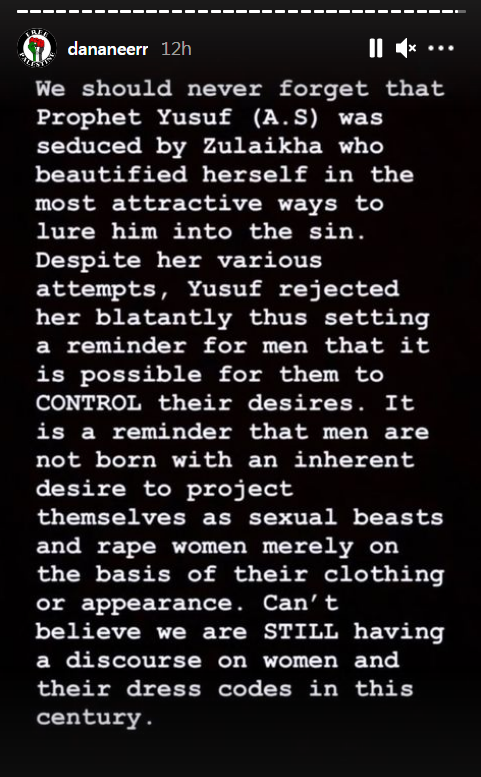 Why We Need To Make Space For Gender Minorities Success Stories 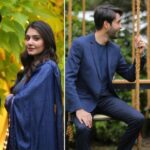 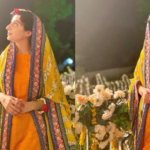