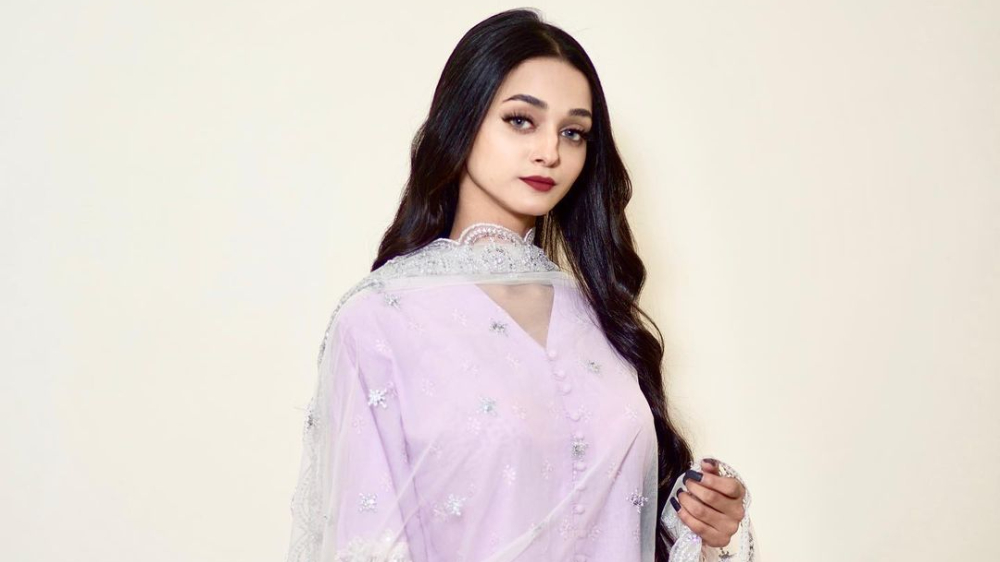 TikToker Ayesha Mano invited more public criticism after another video clip of her dance at a wedding went viral on social media.

The young girl was spotted at a random wedding event where a group of qawwalist played Mera Dil Yeh Pukarey Aaja for the crowd. Ayesha then performed her famous dance as male onlookers filmed her with their phone.

Things are not going so well for the Mera Dil Yeh Pukarey Aaja girl, Ayesha Mano these days From her allegedly leaked dance videos to her recent attempts to recapture fame with new dance move to the song Badshah, Ayesha Mano has stooped to whole new low now.

The latest video clip showed the young girl dancing for strangers at someone’s wedding. Though some people are not calling it a dance but a mujra. People harshly criticized Ayesha Mano on social media. Here are some of the comments on Ayesha Mano’s latest viral video clip. 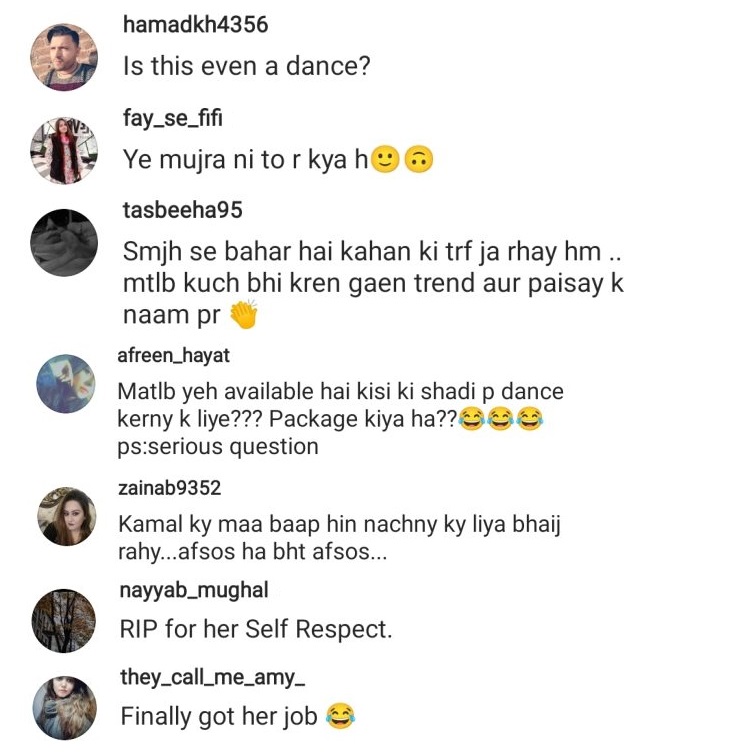 One netizen stated how Ayesha Mano’s legacy will forever be associated with the old Bollywood song. She wrote,

That’s sad how she is stuck to that song for life. 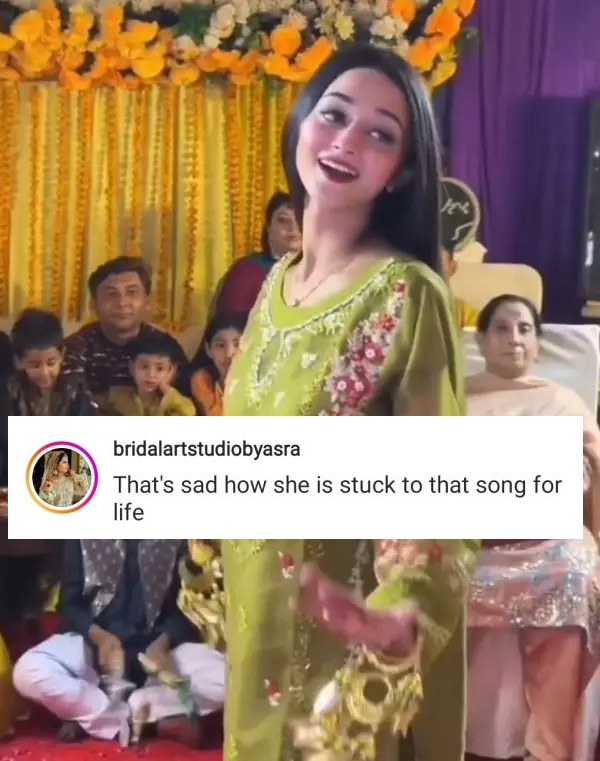 Ayesha Mano had been in the news for all the wrong reasons lately, after a private video of her lewd dance went viral on social media. The young girl claimed that someone is making fake edits of her videos, and warned everyone that she will be taking legal action against the culprits with the help of FIA.