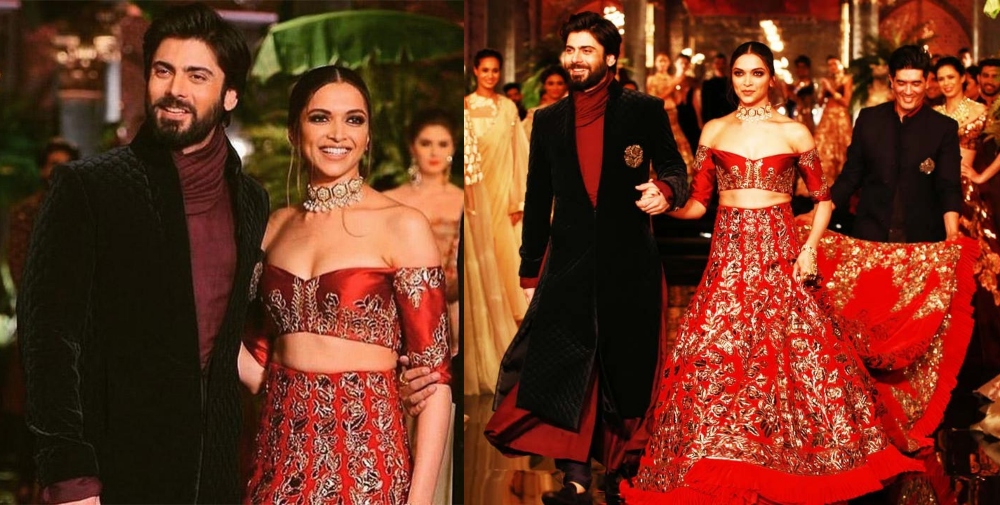 As Fawad Khan walks the ramp with Deepika Padukone, people are deliberating if he looks better with the Bollywood beauty than Ranveer Singh.

While we’ve all shipped Ranveer Singh and Deepika Padukone for years till she got married.

However, the Ram Leela actress might look better standing with Pakistani heartthrob Fawad Khan. He was voted as a better showstopper alongside the Bollywood beauty on the ramp in a poll by Diet Sabya. 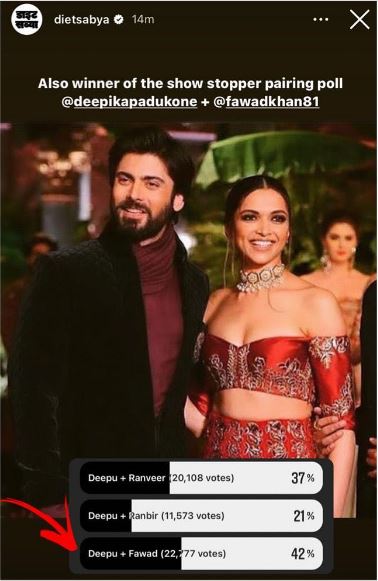 The two have walked the ramp together for Faraz Manan. Aside from that, the Khubsoorat actor was set to romance the Om Shanti Om actress in a Karan Johar film. The news came out back in 2016, but we never got to see a movie with the two.

ALSO READ
Kareena’s Rapid Fire Was ‘One Of The Worst’ In Entire Season Of ‘Koffee With Karan’, Says Karan Johar

Then in her appearance on Koffee With Karan Season 6, the Bollywood babe listed Fawad Khan’s eyes as the dreamiest.

When asked which Bollywood A-lister has the “dreamiest eyes” in the industry, Deepika Padukone responded with;

“Fawad Khan has the dreamiest eyes.”