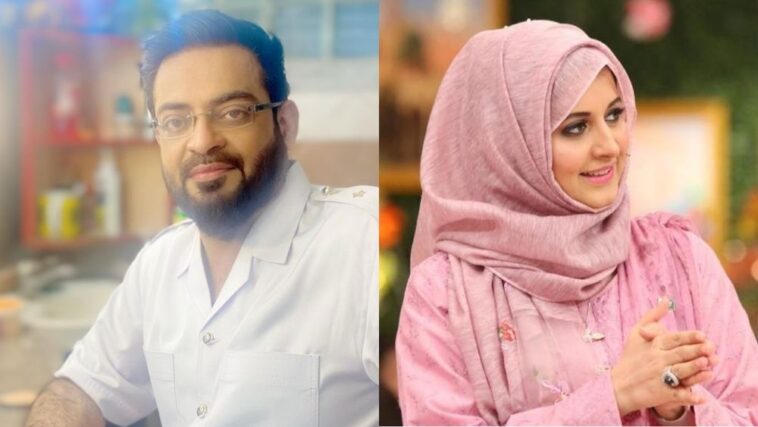 In 2018, Aamir Liaquat Hussain and his then-wife Syeda Bushra Aamir made headlines with several awful rumors. The renowned television host was said to be in an extramarital relationship with one of his team members on the sets of his show. Towards the end of the year, these rumors were confirmed and Aamir Liaquat tied the knot with Syeda Tuba Aamir. But did you know he divorced his first wife over the phone?

When legal documents of Aamir Liaquat’s second marriage started surfacing on the internet, Bushra was as surprised as everyone else. Replying to one of the Tweets, she had said:

Disgusting, no, this can’t be true… As far as I know she is just a team member.

But later when the rumors were confirmed she and her 2 children were left devastated. Syeda Bushra Aamir was also reportedly admitted to the hospital in June of 2018. Netizens believed it was due to the shocking and heart-wrenching news she had received.

Mama is in emergency, she is not well. Please pray for her.

Later in October 2018, things seemed to have simmered down for all three parties. And Bushra had taken to social media to express her outrage:

Cheating is not a mistake, it’s a choice. ✨ pic.twitter.com/Bbep3q1jYh

Now, she is finally ready to talk about her divorce and how it all happened. Taking to her Twitter account, the scholar revealed that Aamir Liaquat divorced her over the phone. Could you imagine getting divorced by your husband in front of his second wife?

Salam. I think its I bring about some clarity regarding my relationship with my ex-husband Aamir Liaqat. He has divorced me. However, divorcing me is one thing, but doing it in front of Tuba on call at her request, was perhaps the most painful and traumatic thing for my children and I.
Sufficient for us is Allah, and [He is] the best Disposer of affairs [translated from Arabic].

This comes as a shock for everyone, including fans of the former Minister of Religious Affairs of Pakistan. We hope Syeda Bushra Aamir gets some closure and God eases her pain. Indeed, God is sufficient.

Do you believe Aamir Liaquat could have divorced his first wife over the phone? Share your views in the comments section. 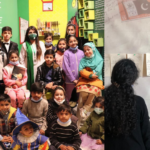 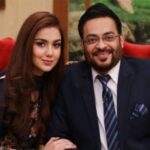