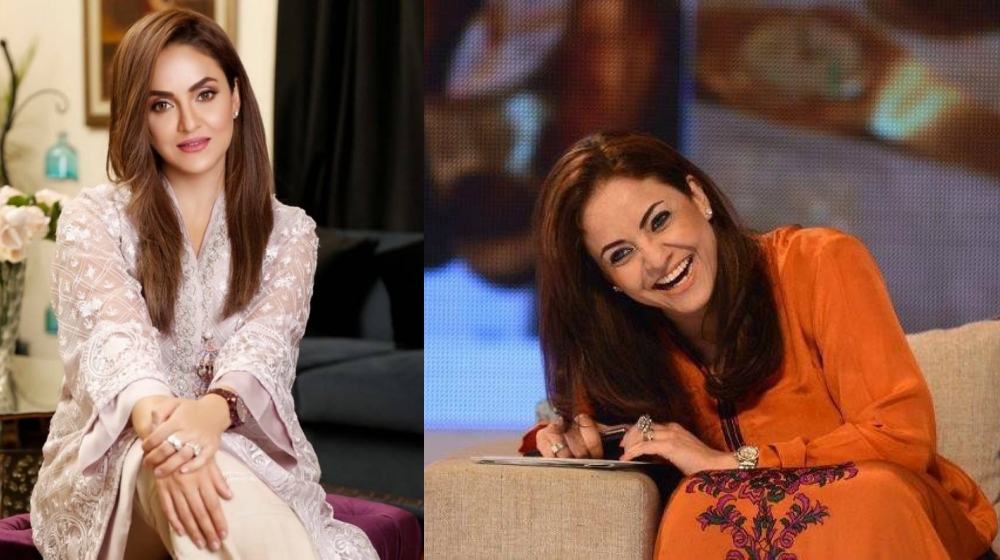 Word is that actress Nadia Khan is engaged. Now fans are wondering who’s the lucky man?

According to Reviewit.pk, the Pakistan Television Network (PTV) morning show host got engaged in an intimate ceremony in Islamabad. The outlet also said that the Dolly Darling actress is set to get married soon as well. This is based on reports that the starlet has been visiting her designer friends to have her dress made and fitted for the wedding.

So who is the mystery man that swept this starlet off her feet? According to the media outlet’s reports, the groom is a pilot in the Pakistan Air Force (PAF).

The Ye Zindagi Hai actress has been married twice before and has three beautiful children. We’re glad that she found a partner that makes her happy.

No photographs of the reported engagement have surfaced online, so the couple must be keeping everything under wraps. Recently actress and television show host Sanam Baloch revealed she had been married for a while when she announced the birth of her baby girl. The first time mother had kept her marriage and pregnancy under tight wraps.

Nadia Khan is a senior Pakistani television presenter and actress. She started her career as a television presenter back in 1993. She later rose to fame with the ‘The Nadia Khan Show‘. The starlet disappeared from the TV screen for a while before making a comeback in 2017. She opted for a number of thought-provoking drama serials such as Aisi Hai Tanhai, Zun Mureed, and Kaisi Aurat Hoon Main. She was also the lead in the most expensive Pakistani sitcom made to date, Dolly Darling.