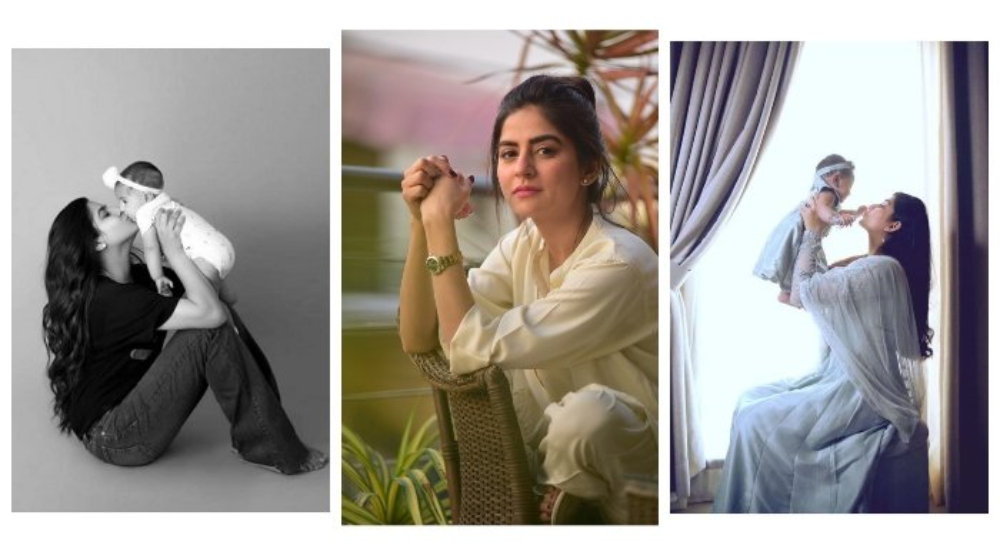 What a crazy day. Actress and host Sanam Baloch got married for the second time. And if that wasn’t enough, she’s also been blessed with a baby girl.

Just today, pictures of Sanam Baloch with her baby girl emerged, and we were all left wondering when did that happen? Twitter broke the news  as dozens of images of the Khaas actress with her daughter emerged. Looks like she quietly got married and she’s only announcing this now with the birth of her daughter.

Back in 2018, Sanam Baloch married fellow actor and host Abdullah Farhatullah in 2013. Later in the couple parted ways 2018. After this, she never mentioned her relationship status, not even her second marriage.

Now when all of a sudden she announced that she was a mother on Instagram everyone was surprised as they congratulated the Durr-e-Shahwar actress.

Sanam shared a beautiful photo with her daughter as the mother and daughter sported matching white dresses.

Now fans are wondering, ‘When did she get married for the second time, and when did she have a daughter?‘

Sanam is still holding her silence on that subject, but we hope she finally reveals who her mystery beau is soon enough.

If it weren’t for her daughter’s birth we might still be in the dark about her second marriage.

Looking forward to knowing what she named her little blessing.

7 Pakistani Actors Who Spoke Up About Their Divorce [Video]

Since the Dastaan actress is still friends with ex-husband Abdullah Farhatullah, he shared his excitement on becoming an uncle.

We can’t help but wonder how she kept all this under wraps for so long. Is that why she wasn’t hosting a Ramzan transmission this year?

Nonetheless, congratulations to Sanam Baloch! We’re happy for her.