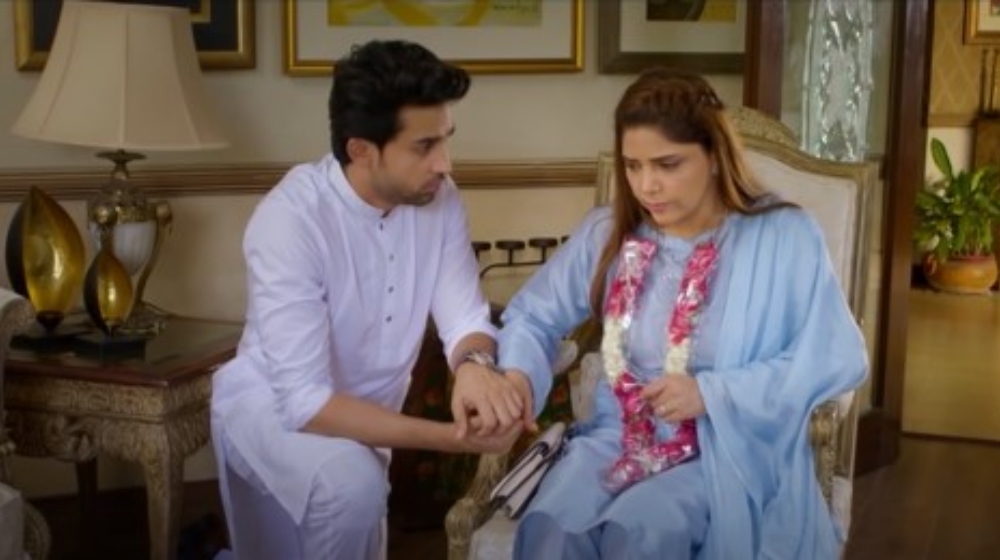 Teasers for drama serial Dobara are out and we’re excited to see Hadiqa Kiani paired up with Bilal Abbas Khan.

Hadiqa Kiani just recently blew us away with her stellar performance in the drama serial Raqeeb Se. Audiences now have great expectations from the songstress after just her debut drama.

Based on the teasers, we’re looking at the singer take on another challenging role in Dobara. The drama serial is a love story between an older woman and a young man. While society wouldn’t bat an eye when a young woman is paired with an older man. However, an older woman with a younger man causes quite a stir.

The drama serial seems to tackle how it’s not society that ‘objects’ to such pairing it’s normally adult children and family members that coerce people out of loving relationships over ‘uncomfortable age gaps.’ As adults they want their opinion to matter, yet they’re the ones that can’t move on and accept another adult’s decisions.

Just switching the gender on a commonly comfortable age gap has drastic effects.

Aside from the star leads, the rest of the Dobara cast includes Usama Khan, Nabeel Zuberi, Sabeena Syed, and Sakina Samo.

Directed by Danish Nawaz and penned by Sarwat Nazir the drama serial is produced under the banner of MD Productions like most Hum TV dramas.

This is a stark contrast to Danish Nawaz’s last directorial, Chupke Chupke. Let’s see how he went about this story.