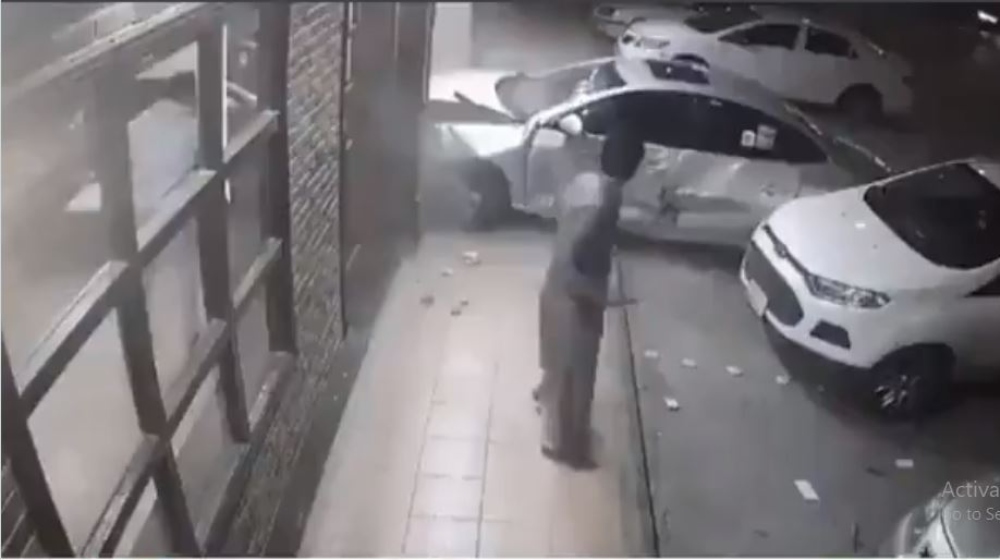 Remember that incident of a woman driving her car into a Habibi restaurant thinking it was underground parking? Well, something like that happened again, this time in Saudi Arabia. Except the driver drove his car into a restaurant because it was over-speeding.

A viral video of the car crash, shows the vehicle coming out of nowhere and driving right into a restaurant in Riyadh. The car had been over-speeding which explains the driver’s lack of control.

5 Celebrities Who Lost Their Lives in Tragic Car Accidents

The viral video also shows a man who was sitting on the curb as the car sped towards him and how he managed to jump out of the way at the last moment. He had been on his phone and looked up just in time to see the car. Luckily, he survived.

Damages to property from the car crash are obvious though.

Another man had just walked past the place seconds ago. The vehicle was seen totaled upon impact.

It is unknown if the vehicle sustained the impact of the crash or if the passengers and driver were injured.

Not The First Car Crash of Its Kind

CCTV footage of the incident captured the entire scene of driving a car into a restaurant. The vehicle had been driven through a glass wall and straight inside.

There were no reported casualties in that case either.