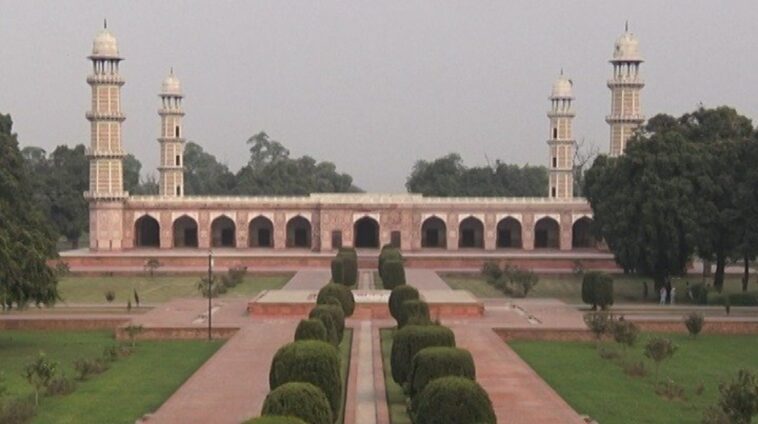 Resting on the bank of the River Ravi, Emperor Jahangir’s tomb is now but a skeletal remain of its former glory. Decades of neglect have led to a significant piece of history being lost to time.

Historically, Maharaja Ranjeet Singh was not kind to the 400-year old masterpiece. He ravaged the structure’s gemstones ornamentation, ivory marble cushion, and other embellishments worth a fortune to adorn a Sikh architecture in Amritsar.

Multiple floods have weakened the structure’s foundation. Although the tomb has been preserved to prevent its collapse as early as 1890, the structure is still in shambles.

“The project’s first priority was to preserve the building from structural damage. The towers were too dilapidated and had to be installed with iron shutters to prevent them from collapsing. So far, two out of the tomb’s four towers have been secured and redecoration work will begin as soon as the rest of them are restored.”

The project director revealed how the restoration of historic sites is a tedious process, which requires sourcing the exact material used for the original construction.

“There is a lot of red sandstone used in the building’s construction, which needs to be imported from India. But the strained relations between the two countries has halted the process, while small pieces of old, local stones are being used to fill the gaps until then,”

The mausoleum was once considered a prime example of Mughal architecture with its red sandstone and marble exterior, veiled inside the walled garden of Bagh-e-Dil Kusha at Shahdra. The grandeur of the Emperor Jahangir’s tomb is only considered second to Agra’s Taj Mahal.

It took a decade after Emperor Nooruddin Jahangir’s death in 1627 to complete the tomb. Under the authority of the Jahangir’s son, Shah Jehan, its elaborate minarets were adorned with precious gemstones like sapphire, lazuli, coral, and agate.

At the time, the construction cost for this structure was estimated to be Rs 1,000,000. 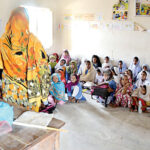 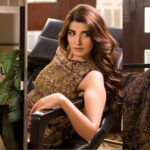