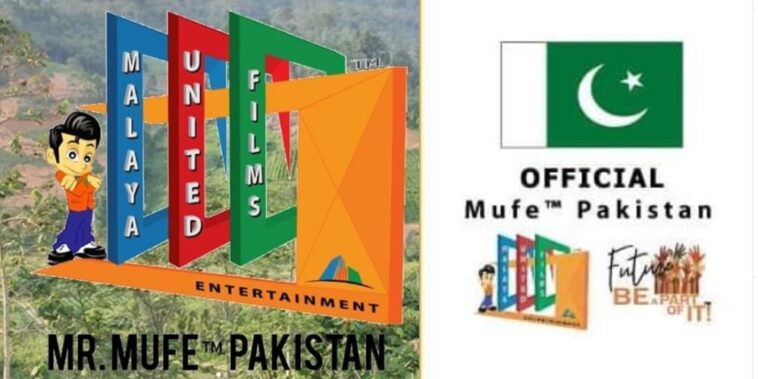 With digital platforms like Mr. Mufe and others are popping up in Pakistan, we’d all like to know what they have to offer. Here’s what one Urdu OTT platform has to offer that’s better than television dramas.

The point of web series is to tackle subjects too niche for mainstream television. Mainstream television in Pakistan has stuck to a redundant formula for quite a while now, so that leaves a lot of space for OTT platforms to conquer.

“We would try to tell stories that are realistic and not stereotypical, no one is good or bad neither good or bad should be attached to gender. There is always grey and fortunately audiences of digital are smart even otherwise for me I always take my audience as active and I don’t believe in false consciousness.”

Speaking to ProPakistani, Kamal said very much like Netflix, they’re seriously entering the digital market with an app not just a website. It will also be available for car consoles, gaming consoles, and all smart devices. So not a YouTube channel but a full-fledged Urdu OTT platform.

If that wasn’t a huge advantage already their services will be free, forever. There will be no subscription charges. How is that sustainable you ask? According to the platform’s president they will run adverts when you start streaming. Kind of like how YouTube videos start with an ad, but there will not be any ads in the midst of streaming unlike YouTube.

They’re very adamant about sticking to original content in their own language Urdu. They are considering expanding to regional languages if all goes well.

Another thing Mr. Mufe will focus on is keeping all their content ‘G-rated’. Their target audience is anyone and everyone from ages 9-90.

“Since we’re Pakistan and from conservative families, of course Asians are conservative, we have our own family values that we don’t see on media nowadays,.. no vulgarity, no sex content, no nudity, etc. The objective is to create content people can sit together and watch with the family.”

Just because everything has gone digital doesn’t mean people can’t have a way to enjoy time together. Hence why this platform is aimed at reviving the tradition of watching dramas and movies as a family. Faysal Manzoor reiterated this saying;

“Our main focus is Gen Y but we are catering to the needs of kids and people above 40s as well. Like a (regular) series it will have episodes. They are adult stories but not something that one can’t watch with families. As I believe in sub text as well there would be so much that would be said and done aesthetically.”

All About the Shows

With everything having gone digital, and naturally kids are spending more time online. That’s why this Urdu OTT platform will specifically focus on kids’ education.

“In our childhood when we watched PTV the dramas would tell us about our family values. Now no one is around us to teach us those values, parents are busy with work and the family oriented system of ‘TV time‘ together that is already gone.”

The rundown of kids shows includes;

“Every mom is the best chef in the eyes of a child.”

The cooking series will follow various mothers in their own kitchen wiping up delicious food their children love. The show will feature mothers from varying socio-economic backgrounds, from stove-tops to tandoori ovens. Since Mr. Mufe has a soft spot for family values. The follow-up series will include ‘Father the Chef’, since men cook for their children too.

This is a reality series following school-kids and their struggles from peer pressure to learning lessons. A kids show from the perspective of children for children. Despite moral lessons this is a light-hearted show.

“Edhi was also a common man, … we want to highlight people from society in all areas, how they got where they are, their whole journey to becoming who they are,”

This talk show is loosely like Amir Khan’s ‘Satyamev Jayate‘, but will feature a range of real people and their stories. From laborers to social workers. The lesson here will be to inspire people with examples from Pakistan. 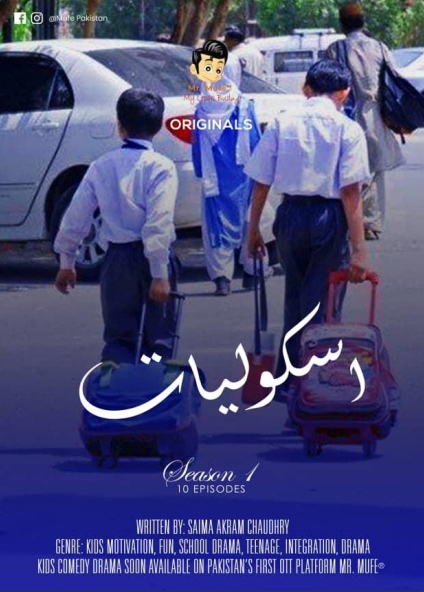 This series will explore the struggles of children in schools from various socio-economic backgrounds. The ground realities of students in school include competitiveness and bullying to their home life. The series will then explore the role of education in someone’s professional journey and why it’s important to say in school. 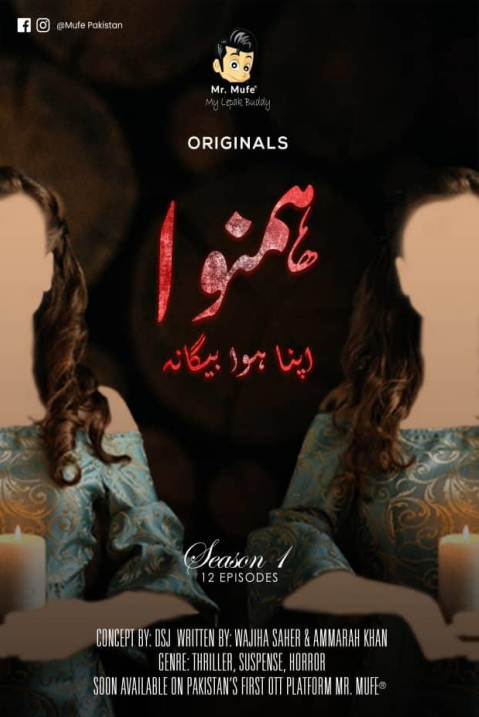 Pakistani creators don’t venture into horror often. Let’s hope thriller drama series Humnawa does it right. The cast might include Hania Amir and Imran Abbas. Since the series is still being produced nothing has been locked down for certain. An interesting pairing we sure would love to see on-screen. 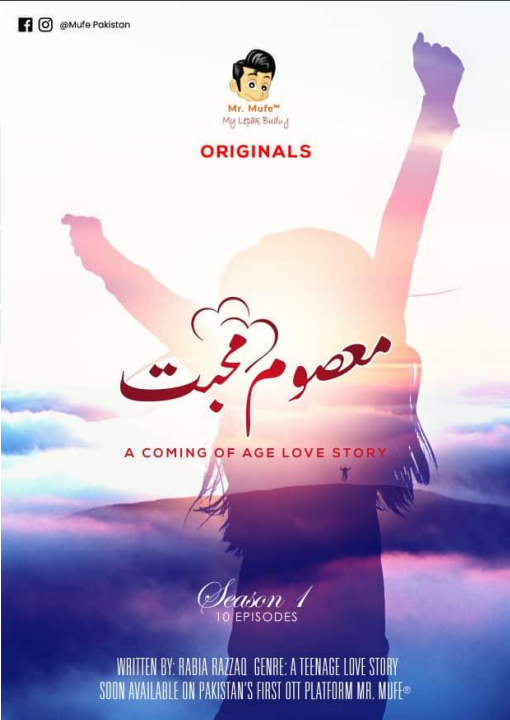 This coming of age love story follows three teenage cousins, Zahra, Zaryab and Shahnawaz. Zahra is a sensitive child with a crush on her cousin Zaryab. However, Zaryab is not interested, until Zahra’s her French mother wins custody of her at age 12. Meanwhile, Shahnawaz has always loved Zahra silently.

The plot of the story focuses largely on Zahra’s multicultural identity. 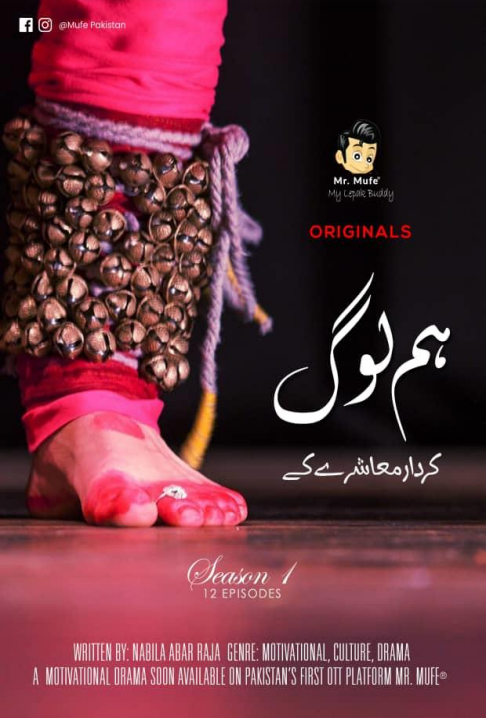 “Passion is good but obsession can be destructive, one should always
strive for fair balance”

This cultural series follows a realistic love story, without fairytale moments, and real struggles like communication gap in marriage. The potential cast being thrown around for the series include fan favorites Mikaal Zulfiqar and Sohai Ali Abro… here’s to hoping they make the cut.

Other shows to look forward to include;

Best part is all in-house national content, with Pakistani talent running it all from the storyboard to the screen. Although they have teamed up with well known production houses the writers behind these shows are largely graduates from art and film institutes.

If that wasn’t all, the minds behind this material from writers to producers will continue to get paid per view like creative royalty. Rather than buy out rights at once, the reason they chose to go this route is because the company cares about uplifting the industry and supporting creators and artists when they retire.

“70 percent of our revenue is/will go to payouts, inclusive of Royalty Payouts for lead actors, writers, directors and other HODs (components) of the industry for the period of 10 years, … “

Amid all these options Kamal and Faysal have already picked out their favorites, even though it was hard. Kamal’s favorite is Bachay Bachay, while Faysal likes Zahra a little bit more than the rest.

“It’s not just one, all of them are my babies and I keep trying to raise them up perfectly. But my utmost favorite is one Rabia Razzaq is writing titled Zahra. It’s a coming of an age story of a girl named Zahra and it’s actually based on a real life incident but yes with some fiction in it,”

Another distinction from other emerging OTT platforms is Mr. Mufe’s lack of foreign content. This is an interesting choice given the monetary benefits of cashing in on the hype of foreign content like Turkish dramas.

“We are Pakistanis and there are 220 million of us that means 220 million stories so I don’t think we need foreign content.” said Faysal.

Kamal said they are considering expanding the market to regional languages as well. Meanwhile working with Malaya United Films gives them the edge of access to a broader Asian market. Why Asia, because as the platform’s content director said;

“Every Asian country has sort of the same values so we shall be promoting core values of our continent. Family is important in all Asian countries.“

Faysal shared that they will dub their programs in Malaysian, Urdu, Mandrin, Tamil, Arabic and Hindi.

So, will Mr. Mufe manage to win over digital space in Pakistan and Asia? What about this Urdu OTT platform are you looking forward to? Which show do you look forward to watching? Let us know in the comments below. 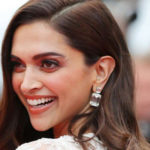 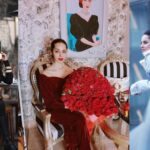