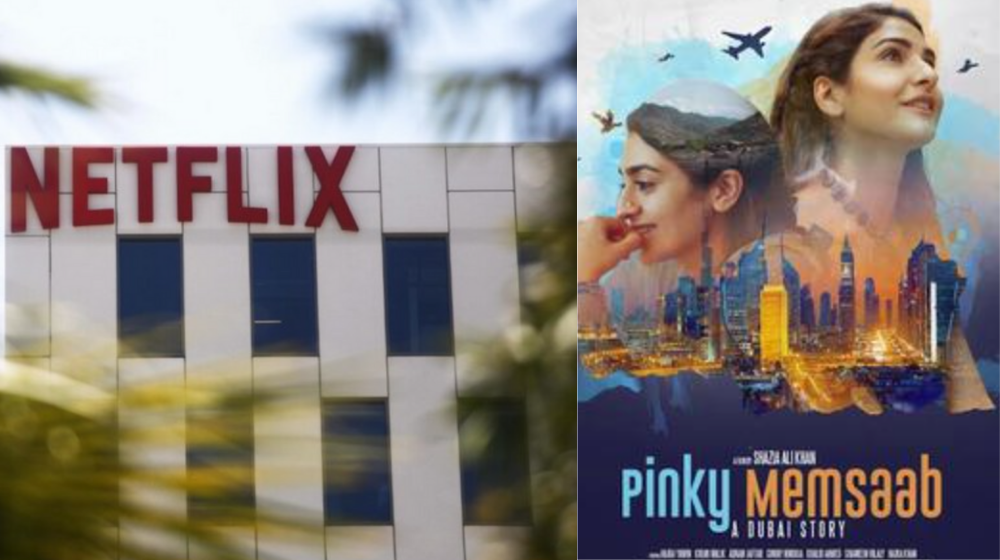 Despite the video streaming platform’s global popularity, the Pakistani showbiz industry has struggled to break into Netflix. Industry stakeholders say the country’s insignificant presence can be blamed on weak storytelling and a lack of professionalism amongst industry leaders. The popularity of Indian content is also another reason that keeps Pakistani content at the lower levels.

The past few months have seen a boom in over-the-top (OTT) media services owed to the coronavirus pandemic. Home-bound people increasingly rely on them for their entertainment. However, only 16 Pakistani movies, four drama serials and two animated films, including Sharmeen Obaid Chinoy’s “Sitara” on child marriages, are available on Netflix.

Tahseen Shaukat, chief executive of BVC Media, who also works as a digital content aggregator for Netflix and Amazon Prime, told Arab News that one of the main problems with Pakistani content is “weak storytelling and flawed screenplays and scripts that don’t meet international standards.”

Despite having over 180 million subscribers, Pakistani subscribers number at only 100,000 according to Shaukat.

This is due to the fact that most Pakistanis do not have credit cards, which are necessary to pay for the service.

“In neighboring India, the subscription rate is much higher, that is why global apps have started to invest in for original content in India,” he said, adding that as Pakistani audiences also consume Indian content because of the language, streaming platforms “do not feel any need to invest in a country like Pakistan with very nominal numbers of subscribers.”

Here’s Why Hamza Ali Abbasi is Cancelling his Netflix

The process to get registered with Netflix, is not only costly but also difficult to get through as well The process, according to Shaukat, costs $1,500, and the possibility of getting a reply is very low.

Neither Netflix nor Amazon Prime — another streaming giant — have official agents to look for Pakistani content. All submissions are voluntary, meaning that the platforms are not obliged to reply.

The four drama serials that made it to the platform are: “Zindagi Gulzar Hai,” “Khaani,” “Humsafar,” and “Sadqay Tumhare.”

What about Amazon Prime?

When it comes to Amazon Prime, Pakistani content that succeeds to break into the platform cannot even be watched in the home country. Soon two Pakistani feature films, “Baji” and “Talash” and one upcoming animation are going to be released on Amazon Prime. The platform already carries an animated Pakistani feature film, “Donkey King” and talk show “Behind the Curtain.” But they are only for audiences in the US and UK.

The problem with Prime is that it can’t be accessed through Pakistan, so it limits the viewership of Pakistani content.

Here’s Why Hamza Ali Abbasi is Cancelling his Netflix