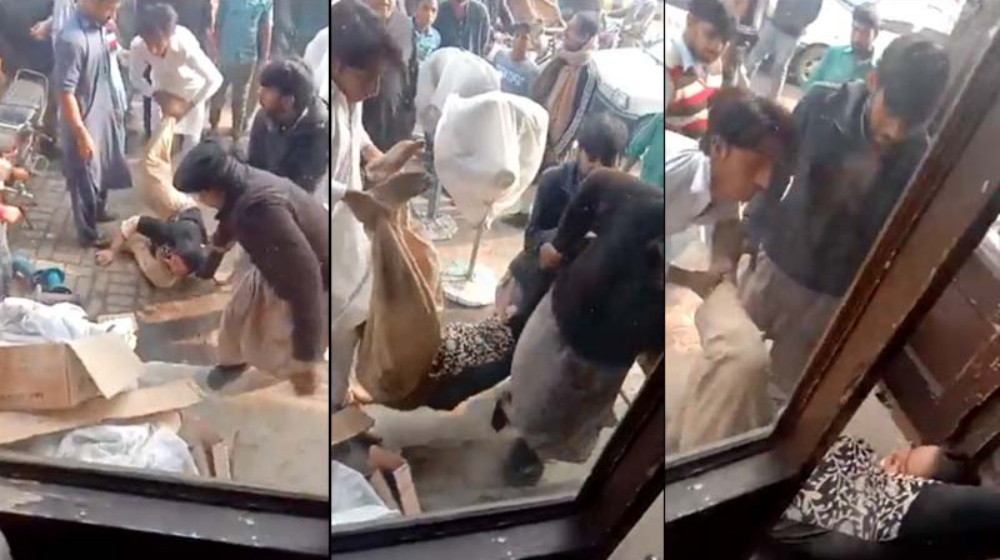 Another case of people taking the law into their own hands has taken the Internet by storm. What is being referred to as the Faisalabad incident involved four women being beaten over theft.

According to Tribune, one of the women filed an FIR stating that she is a garbage picker and entered the shop asking for a bottle of water. But the shopkeeper began shouting and accusing them of entering his shop with the intention to steal.

There were reports of the women being stripped down, beaten, and paraded in Faisalabad market

“They continued to beat us for around an hour and made our videos in naked condition, … The suspects committed gross injustice by stripping us, dragging us through the market and torturing us and strict action should be taken against them,” said the victims in the FIR.

However, the CCTV footage online shows that the women entered a shop and the man tried to grab one of them. The shopkeeper then tried to lock them in as he called enforcements.

Yet, when the women managed to get out, the men that the shopkeeper called as back-up grabbed the women. One of the women tore her shirt in an attempt to create a scene and get away.

This worked to some extent as three of the women used this diversion to get away. However, the men held on to one of the women and beat her up.

The men also managed to bring back another one of the women and locked two women in the store, While the remaining two of the women stripped to create a scene, fought, and pleaded that they be released.

Since the CCTV footage circulating on social media lacks audio, it is unclear if it was demanded that the woman strip, or they did so to create a scene.

Women Stole but caught by the shopkeepers in Faisalabad, Full Story with Urdu Subtitle Part 2 pic.twitter.com/VNw6Vbvxgy

These are concerns that Netizens are voicing too as to whether the men demanded that the women remove their clothes.

Whatever the story is! This stripping tendency may become more popular in future; as alleged women must be nicely, gently and politely kept at the alleged crime scene till police men or women arrive to search the accused thieves. (This does not apply to male criminals)

Others speculate something worse as the CCTV footage doesn’t showcase the women taking any items. In fact, when they entered the store, the shopkeeper rushed to lock them in.

so harassing and taking off clothes of a woman who stole is justifiable??? Shame on Pakistani mindset. Barbaric guys did same thing in Minar E Pakistan on 14August 2021. 400 men harassed a girl . Shame

A First Information Report (FIR) has been registered at the Millat Town police station against four suspects, Saddam, the owner of Usman Electric Store, and his employee, Faisal, Zaheer Anwar, and Faqeer Hussain, the owner of a sanitary products’ shop. These four men have been arrested under sections 354 A-509-147-149 TP..

Meanwhile, 10 unidentified suspects have also been named in the FIR.