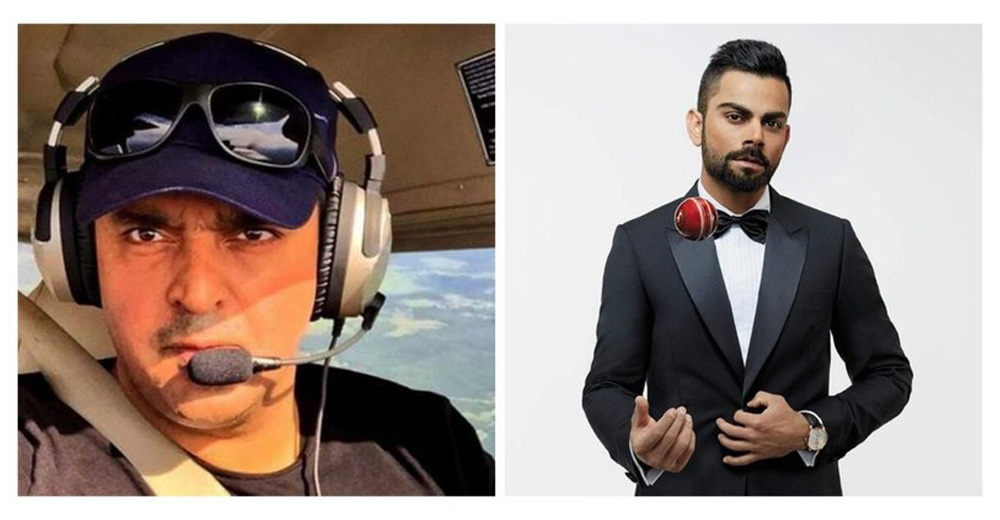 The jokes on India after the ‘fake’ airstrike they carried out on Pakistan. It just keeps getting hilarious day after day. From memes to trolls and some serious burns, Pakistanis and Indians are indulging in a never-ending social media war, with hilarious results.

Ever since Pakistan released Abhinandan Varthaman, a pilot of the Indian Airforce, many Indians especially the celebrities have become quite hysterical following his return. Almost every Indian celebrity is welcoming their captured ‘hero’ with open arms (on social media at least).

In a recent tweet by Indian Cricketer, Virat Kohli, he paid tribute to the pilot and bowed down to his bravery.

Real Hero. I bow down to you. Jai Hind 🙏🙏🇮🇳🇮🇳 pic.twitter.com/kDgocwpclA

Pakistani singer Fakhr-e-Alam replied to Virat with quite a rib-tickling comment by comparing his batting skills with the skills of the not-so-brave pilot.

Fakhr-e-Alam was having too much fun. So he took it a bit further. Being an aviation fanatic, he recently went out on a world tour, flying a plane by himself. That’s why his next tweet delivered a solid burn to the fake airstrike narrative by the Indian side.

As an aviation enthusiast I must say the Mirage 2000 is a beautiful machine. But to use it against innocent trees is such a waste.

Even with the ongoing tensions, tweets like these can’t help but keep our smiles up.

The ex-Pakistani singer, Adnan Sami also got trolled over social media for showing his support to India.

It all started when Adnan Sami sent out a tweet in support to the Indian Prime Minister  Narendra Modi and the Indian Airforce.

Pakistanis took this as a great opportunity to slam the singer with never ending trolls and memes.

Excellent Adnan! Just keep showing your loyalty to India and keep posting Pakistan’s agencies off the record all key updates. You’re a real unsung hero of Pakistan. You Rock Brave Tiger of Pakistan!

Captain Adnan
Batch num:22851
Department:ISI
We know why your are doing this..we did not mind at all its part of your duty well done agent 💪👏👏👏 keep it up Jawan Pakistan zindabad❤

This isn’t even half of the trolling he received.

All we can say is, keep up the good work Major Adnan Sami, we are proud of you. Pakistan Zindabad.