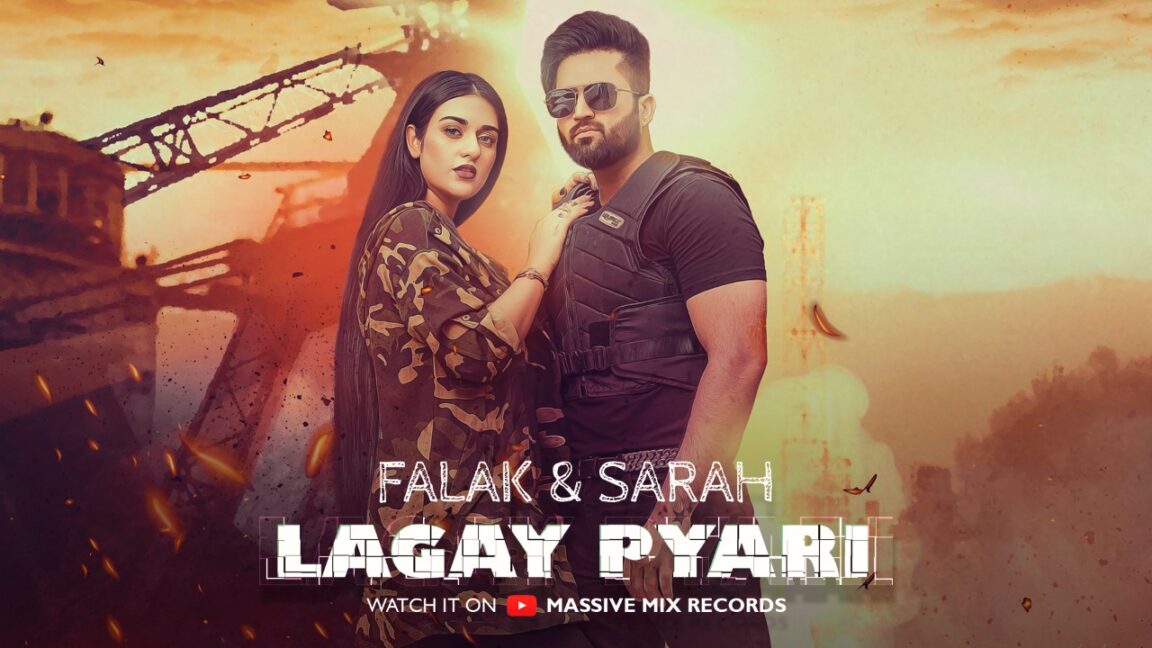 After winning the hearts of his fans with his recent single “Zindagi”, Falak Shabbir, Pakistan’s renowned singer and songwriter from Lahore, has released another music video for his latest single “Lagay pyari” on Massive Mix Records’ YouTube channel.

Featuring his wife Sarah Khan, a name that does not need any introduction, the music video is a spectacular blend of action, thriller, and romance with groovy tunes of Falak’s catchy singing style, engaging the audience from the moment the song begins.

“Lagay Pyari” is a groovy number with variations of trap and hip-hop beats, making it a dance floor banger for people to enjoy. The underlying theme of the video seems to be a celebration of love between two people while the on-ground action adds a satisfying dose of thrill to engage the action lover in all of us.

The upbeat song begins with Falak arriving at an action scene where he is instantly engulfed in crossfire between gangsters. The entire video is shot alluringly with a dreamy effect as if it’s all happening in the mind of the singer who’s remembering his beloved like that of a valiant fighter in the middle of fast-paced action.

The video soon picks up the pace and takes the form of an action-packed film where the hero has arrived just in time to gallantly save his beloved from the clutches of his enemy. The battle ensues and every now and then, we get stunning glimpses of Sarah Khan, who is tied to a chair by the enemy and is awaiting her savior to rescue her. 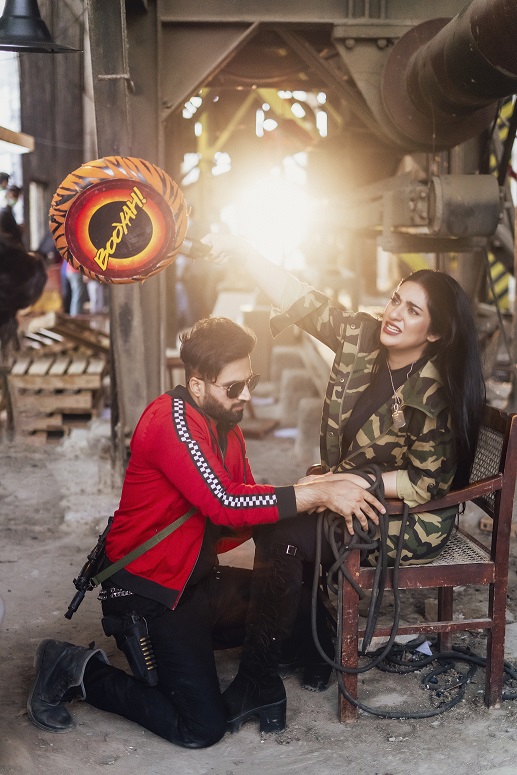 With exciting camera work, filled with dynamic movements, fresh angles, and brilliant action choreography, the fast-paced action sequence beautifully culminates in Falak Shabbir finally rescuing Sarah Khan gives us a glimpse of her own bravery by swinging a saucepan at the gangster who sneaks up on Falak from behind.

Falak Shabbir surely knows how to tug at the hearts of his fans by adding a range of endearing shots of him with the Raqs-e-Bismil and Sabaat actor, leaving the audience swooning over her stunning looks and the popular pregnancy glow she has been flaunting on social media is just too hard to ignore.

What’s more! The project “Lagay Pyari” also seems like Falak’s heartfelt dedication to his wife for heroically carrying herself through 8 months of pregnancy, facing myriad challenges that come alongside this difficult phase. Sarah seems remarkably at ease with her heroic acting in the video, further reinforcing Falak’s confidence in her ability to take on difficult tasks with commendable grace and poise.

“I have no words to express how immensely proud I am of Sarah for courageously taking on this difficult feat of shooting a video with me in her 8th month of pregnancy, which I am sure is a huge thing for any woman in this condition.”

This song was done in collaboration with Free Fire which is the most downloaded Battle Royale game in the world. Free Fire has already been doing short stories with plots similar to this one, using their in-game footage and characters. Pakistanis generally love plots staged around love and loyalty, so it makes interesting content to watch!