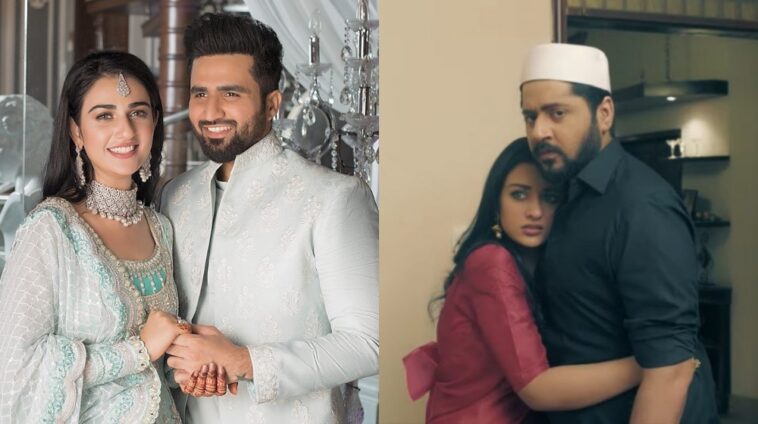 So Falak Shabbir had to stake his claim and tell Moosa;

The Ijazat singer posted an Instagram story flexing that dialogue. Wifey Sarah Khan can be seen standing next to her husband, giggling at his shenanigans.

She rewarded his antics with a cute hug at the end, as Falak Shabbir tries to put on a ‘smug face’ but just looks loved up instead.

The duo emerged as a celebrity ‘it couple’ with their dreamy engagement on Sarah Khan’s birthday. Since then they’ve shared regular social media PDA having fans fawn over how adorable they are. Falak Shabbir’s adorable antics have us all gushing with his wife being all giddy and giggling.

On the work front, Sarah Khan and Imran Ashraf have contributed to the massive popularity of ‘Raqs-e-Bismil‘ as Zohra and Moosa. The drama serial is reaching its end and fans await a happy ending with bated breath.

However, Imran Ashraf has previously warned us of a tragic ending for Moosa. Fingers crossed, we hope to get some closure. 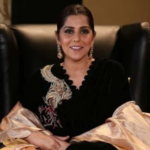 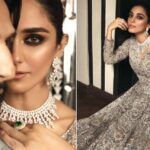