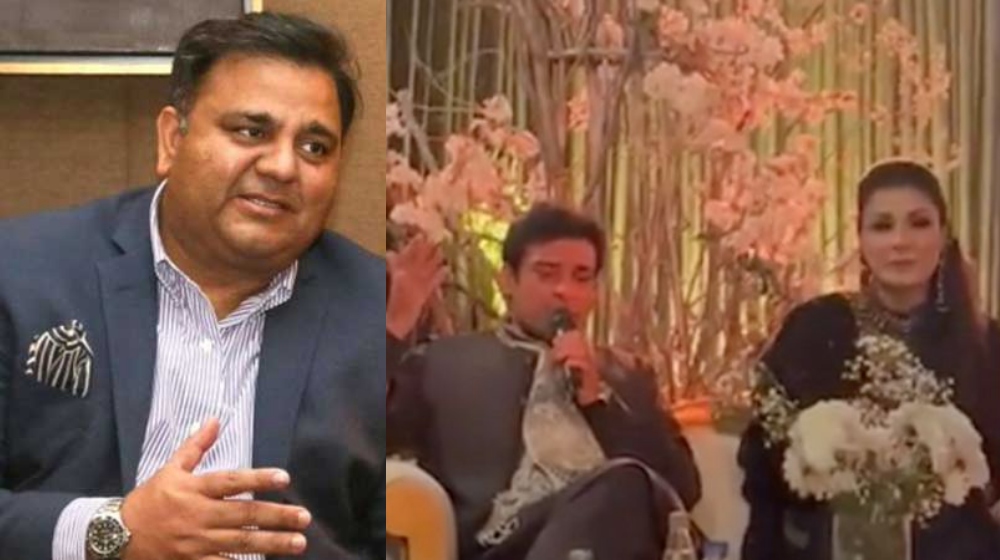 Fawad Chaudhry’s comments come in connection to viral videos of both Maryam Nawaz and her cousin Hamza Shahbaz singing at an event for Junaid Safdar’s wedding.

Understandably, everyone is in a festive mood at a family wedding. So we all engage in singing, dancing, and other shenanigans as part of the merry-making process. So when Pakistan Muslim League Nawaz (PML-N) Vice President Maryam Nawaz did the same for her son Junaid Safdar’s wedding, why are we surprised.

Minister for Information and Broadcasting Fawad Chaudhry, pointed out how politicians are just people too. While addressing the media, the Federal Minister praised the PML-N VP’s signing skills saying it was nice.

“I really appreciate Hamza Shehbaz and Maryam Nawaz [for their singing skills], … In our personal gatherings, we sing songs and we celebrate. It was nice to see them singing.”

He also mentioned the Leader of the Opposition in the Provincial Assembly of Punjab, Hamza Shehbaz’s singing skills. Adding that this is just normal.

“It was nice to see this because normal Pakistan is exactly like this, … We have political differences with them, not personal ones.”

Previously, Federal Minister Asad Umer was bashed for dancing at his son’s wedding. This is absurd as much as the rest of us, politicians also celebrate personal milestones much the same.