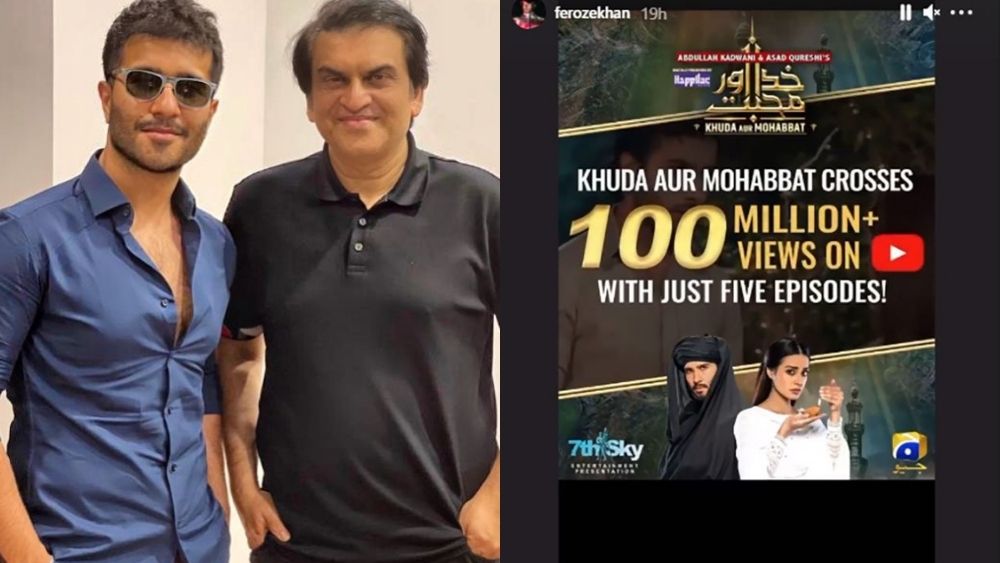 Pakistani actor Feroze Khan is currently starring in Khuda Aur Muhabbat 3. We have only seen 5 episodes of the show on Har Pal Geo‘s official YouTube account and the show already has garnered over 100 million views. Although Feroze has a lot to do with the drama’s success, he gave all the credits to the producer, Abdullah Kadwani.

The show Khuda Aur Muhabbat 3 follows the story of Mahi and Farhad. Mahi comes from a well-off family, while Farhad belongs to a middle-class one. For his pursuit of love, Farhad travels from Lahore to Bhawalpur. The story has taken many twists and turns in the last 5 episodes. And it has been garnering a lot of attention.

So much so, that with only 5 episodes on-air, the drama has already garnered 100 million views on YouTube. Feroze Khan revealed the news on his Instagram story. Let’s take a look: 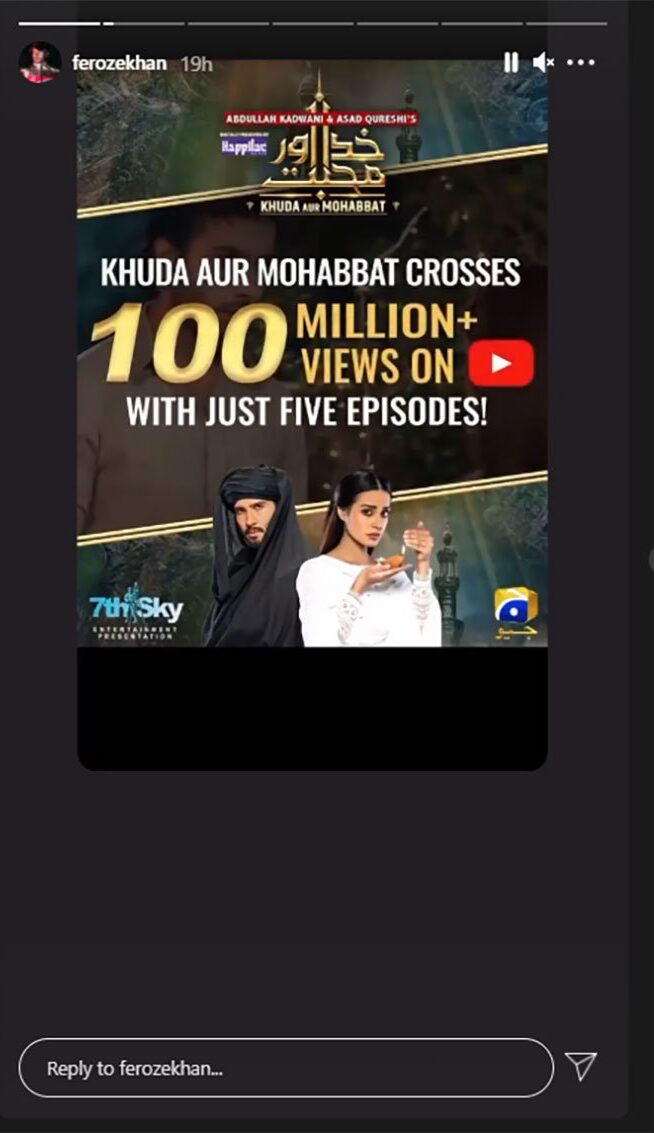 He also posted a picture on his Instagram alongside the producer of the show, Abdullah Kadwani. Sharing the picture, he wrote:

– glad to have learnt so much from you! @abdullah.kadwani

Earlier Feroze posted another photo from his shoot for the show. Take a look at it here:

The first episode of Khuda Aur Muhabbat 3 alone has garnered over 15 million views. We are excited to see how the story pans out in the coming days. Feroze Khan proved to be a humble actor with this gesture. What do you think? Share your views in the comments section.