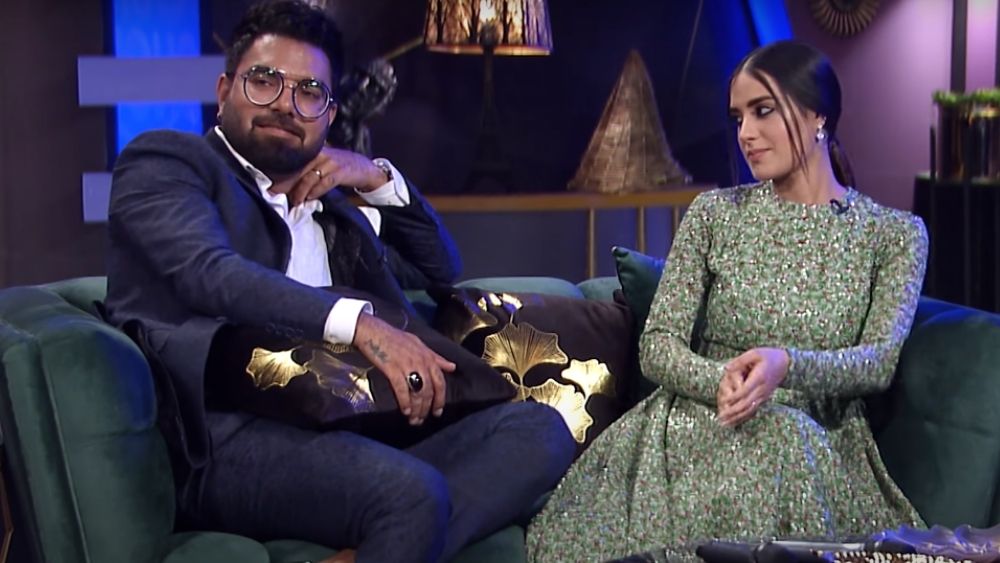 In a recent interview with Aagha Ali and Hina Altaf, the popular showbiz couple Iqra Aziz and Yasir Hussain revealed intricate details of their personal lives. The Khuda Aur Muhabbat star was asked how she feels about people saying that her husband is rude. Her answer to the question will definitely melt your heart!

Iqra Aziz and Yasir Hussain tied the knot on 28th December 2019. Their wedding went viral on social media. Everything, from the wedding proposal to the events, was done in the public eye. And netizens were both shocked and happy to see the couple together.

However, Yasir Hussain has had a history of controversies. He has been called out many times for his bad attitude and rude behavior. The unapologetically himself, Jhooti actor has caught himself in controversy more often than other actors.

However, Iqra Aziz revealed he is not how everyone perceives him to be. The 23-year-old says if people knew the real Yasir Husain they would want to marry him. She said:

If people would have seen the real Yasir they would all want to marry him and live with him. This is why everyone has not seen the real side of him and I’m the one who gets to see it.

She also added that people should get their eyes tested if they don’t see Yasir as a talented man who deserves to be complimented.

Take a look at the interview here:

In the same interview, Yasir Hussain asked Agha Ali who he can’t work with. Answering the question, Agha revealed that Hina has forbidden him to work with Mia Khalifa.

What do you think of this interview? Do you agree with Iqra Aziz? Is Yasir Hussain a good man at heart? Share your views in the comments section.

Did this Matric Student Commit Suicide Because of TikTok?