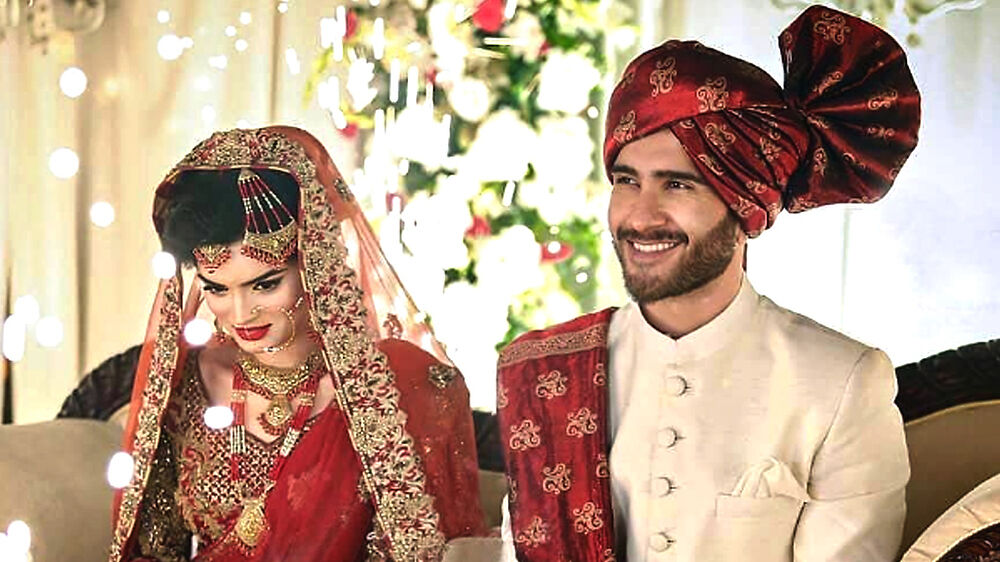 Amid rumors of his divorce to Alizey Sultan, the wife, and mother of his child, Feroze Khan has asserted support for multiple marriages. Does he mean polygamy?

In his appearance on Ahsan Khan’s game show, the Ishqiya actor shared his opinion on multiple marriages. During the show when the host asked Feroze Khan to respond to;

“I was a child and I got married too soon.”

“No, I think I should have gotten married sooner. And marriage is learning I think we should marry more than once like our Prophet (PBUH).”

It is unclear if the Gul-e-Rana actor is advocating to get re-marry post-divorce or after losing a partner or if he’s supporting polygamy.

Given the power dynamic of marriages in South Asian culture, monogamy vs polygamy is often debated. Culturally, monogamy is the norm but a Muslim majority also practices polygamy.

Although in Islam the purpose of polygamy is to financially aid divorcees, widows, single mothers, etc, that’s not really how it is practiced in Pakistan. The Muslim Prophet (PBUH) married several women, all of whom were widows or divorcees with the exception of Hazrat Aisha (RA) who was the daughter of Hazrat Abu Bakr (RA).

Feroze Khan married Syeda Alizeh in 2018. Initially, their surprise wedding caught everyone off guard, as fans had never suspected a reason to ship the two. Pretty soon their followers couldn’t help but grow fond of the couple.

A year later in 2019, they were blessed with an adorable son Muhammad Sultan Khan. Soon after their second wedding anniversary, divorce rumors emerged. Nor Alizey or Feroze have confirmed nor denied the rumors.

After a hiatus from the screen, citing that he quit the biz for Islam, Feroze Khan returned in Khuda Aur Mohabbat 3. The drama serial received rave reviews and is the most popular contemporary drama.