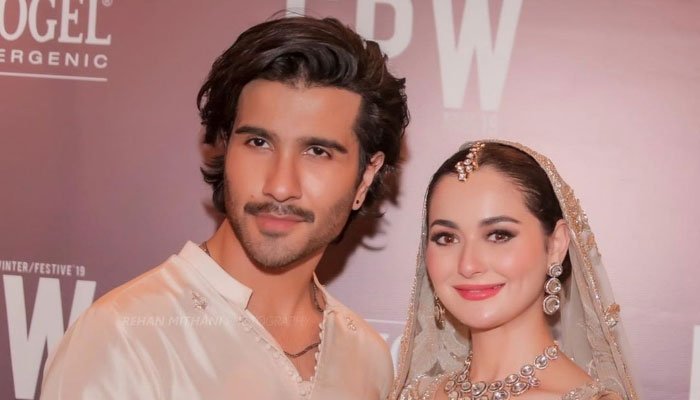 Pakistan’s highly acclaimed actor Feroze Khan adds another feather to his cap by winning the Best Actor Award at the ARY People’s Choice Awards 2021. He won the award for his stellar performance in ARY’s popular drama Ishqiya.

The Khuda aur Mohabbat actor competed with veterans of the industry including Faysal Qureshi, Aijaz Aslam and Mohib Mirza in the best actor category. However, his fans made sure he outshines everybody else.

Feroze starred opposite Ramsha Khan and Hania Aamir in the famous drama serial. He won the hearts of millions through his impactful performance. The acclaimed actor essayed the role of Hamza who desperately wanted to take his revenge on Ramsha’s character.

Feroze thanks his fans for the unconditional love

Feroze Khan thanked his fans for the overwhelming love he received from his fans and gave the credit for his success to his fans. He shared a tweet to express his love and gratitude.

– honoured to have won the best actor 2021 at #ARYPEOPLESCHOICEAWARD for #ISHQIYA.

This, goes to you guys ! 🏆
Love, FK pic.twitter.com/KWvaimemCu

Fans from across the border praised the actor for his tremendous acting performance and appreciated him for his versatility.

Woww. @ferozekhaan You are such a versatile actor. I have seen ishqiya and #Khaani. You did an amazing work. Your indian fan 🇮🇳❤️ lots of love from india🇮🇳

His fans believed that it was all a result of his relentless love for his craft.

Feroze has given back-to-back hits in recent times and his current drama Khuda aur Mohabbat is already setting new records. Due to his superior acting skills, he is winning people all over the world, whether it’s Pakistan, Turkey or the US.

A few months back when Feroze Khan announced that he would not work in the entertainment industry anymore. This left his fans shattered but he soon reconsidered his decision.

His fans are more than happy to have him back and now his renewed efforts are showcasing his true talent. We all wish to see more of this actor’s work on the big screen too. His charismatic personality and charming looks will surely do wonders in the entertainment industry. We wish him all the best for the future and hope to see him in many more exciting projects!