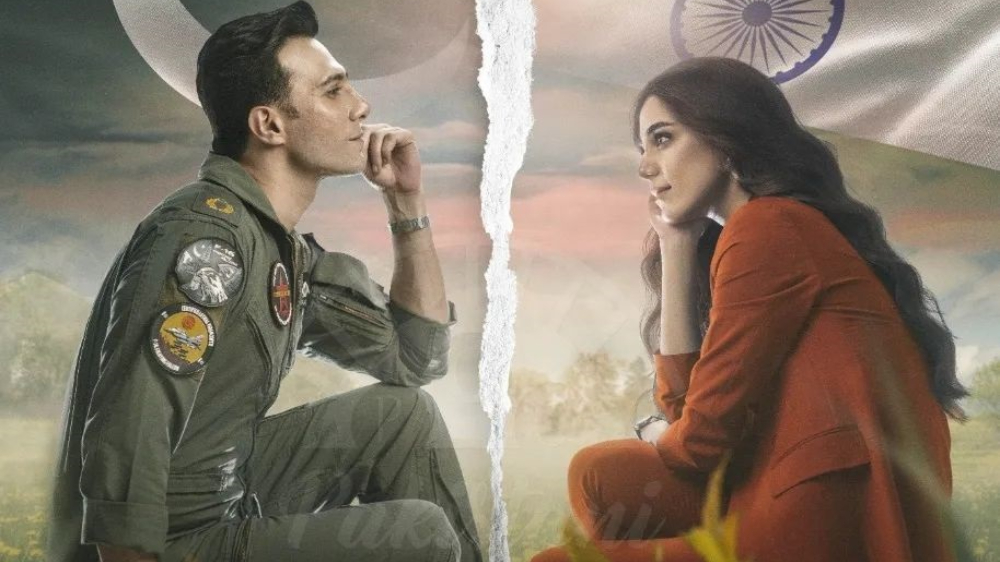 The first official poster for the much anticipated Shoaib Mansoor film Aasmaan Bolay Ga was finally revealed on Wednesday. It will feature actor Emmad Irfani as Squadron Leader Hassan Siddiqui, and the lovely Maya Ali as an Indian journalist.

The film will be based on the real-life events during Pakistan Air Force’s retaliation, Operation Swift Retort, against the Indian Air Force’s attack on Balakot.

The first teaser trailer was dropped on YouTube in July on Shoaib Mansoor’s channel, Film It Productions. The 30-second teaser cleverly stitched together the titles of Shoaib Mansoor’s previous films to spell out:

The PTV drama serial was a cult classic and arguably the best representation of the Pakistan Army, showcasing the trials and tribulations of army cadets and soldiers. Since then, Pakistan Army-related films like Waar, Yalghaar, Project Ghazi, Parwaaz Hai Junoon, and even the drama serials Ehd-e-Wafa and Sinf-e-Aahan have failed to capture the magic and essence of the military services quite like Shoaib Mansoor and Alpha Bravo Charlie.

It will be interesting to see how Shoaib Mansoor’s latest film performs among the current audience. With only a few new releases slated for next year, Aasmaan Bolay Ga will certainly be the most anticipated film of 2023.