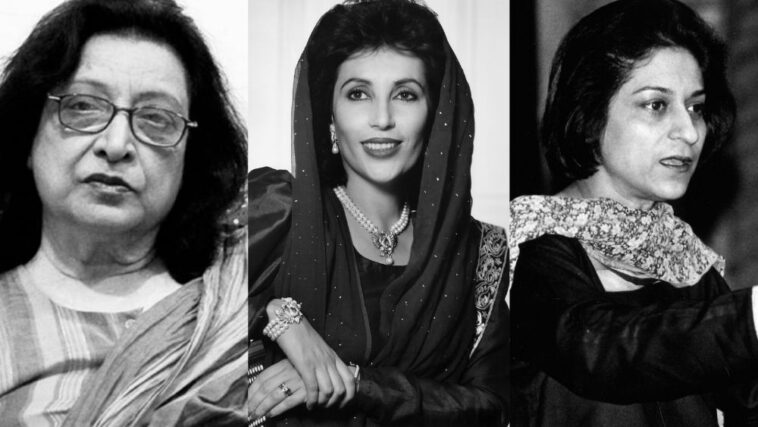 Pakistani women have been fighting for their rights for the longest time. They have done everything, from holding live debates to organizing peaceful marches – women from around the country have been trying to change the dynamics for generations to come. Many were successful in proving their abilities through their actions, as the world watched them. From Benazir Bhutto to Nazia Hassan – women like them continue to inspire and instil change in young minds.

Words leave the most powerful impact – especially when coming from strong, independent women. Their words have the ability to empower, encourage, and motivate the youth. These women have been an idol for many, if not most, of the ladies. And their lives have been an inspiration for generations.

So, let’s take a look at the countless times powerful Pakistani women impressed us with their words:

Benazir Bhutto was definitely the most empowered woman Pakistan has seen in its history. Challenging the status quo, raising her voice on the oppression against women, her contributions are indelible. Elected as the first female Prime Minister at the age of 35 – she quickly became the representation the women of the country needed.

Benazir Bhutto has penned several books where she spoke about the struggles of women in Pakistan. Here are some of our favourite picks:

You see, they think they’re saving you, and you think you’re saving them. That’s where the trouble starts. Someone says, ‘I saved you, now here’s what I want.’ And its the same with big countries and little ones, religious leaders and their followers, even husbands and wives. When things really work, though, it’s because people realize that this is a lie, that, really, we all save one another. It’s the way of the world. Things work out for the best when everyone makes it, together, when we manage to save each other.

(from The Way of the World)

Here’s what Benazir Bhutto wrote on freedom and liberty:

Freedom and liberty, the essays we wrote on them, papers for our tutors, for grades, but did we know the value of those words which we bandied about, of how precious they are, as precious as the air we breathe, the water we drink.

(from Daughter Of Destiny: An Autobiography) 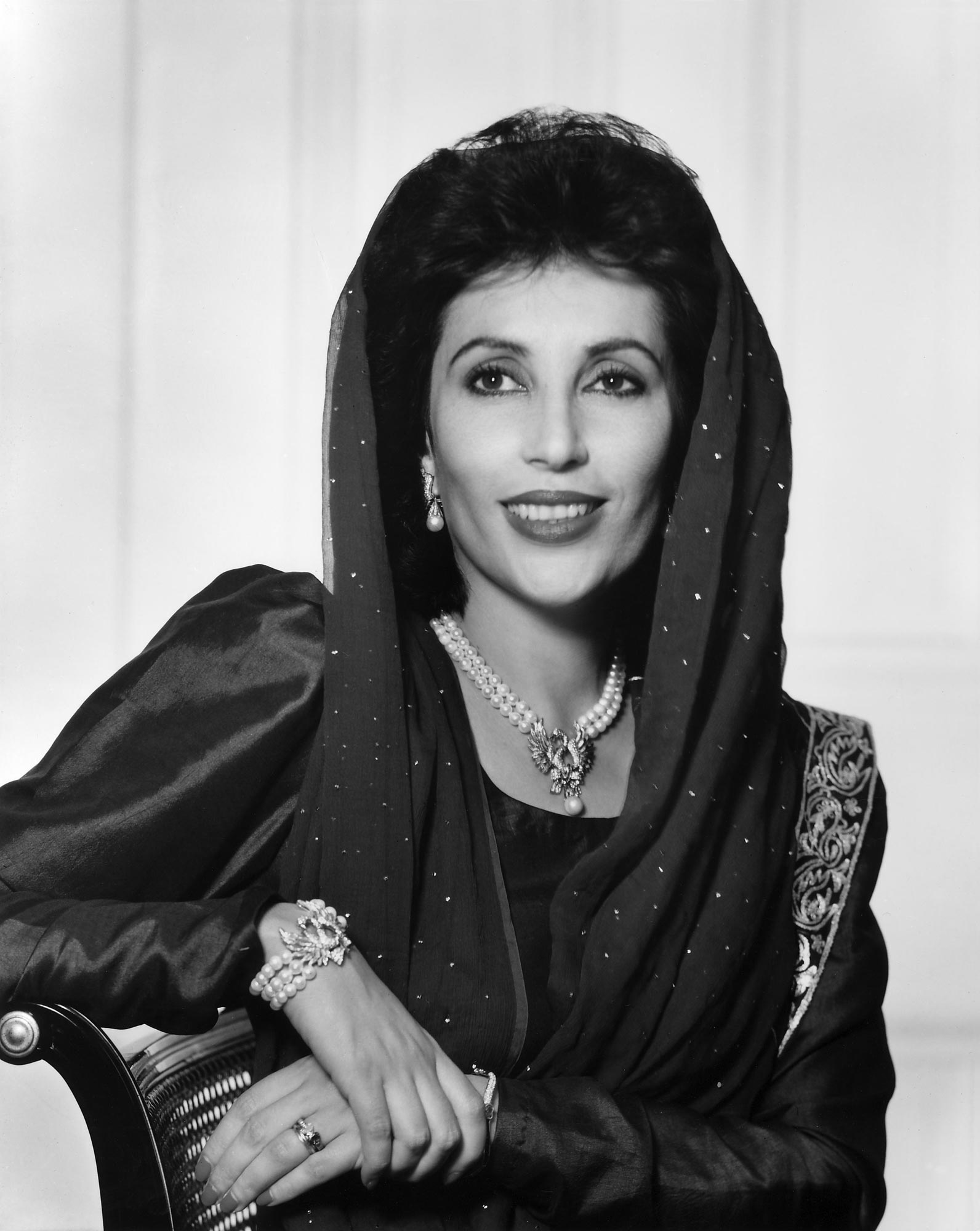 She, on several occasions, spoke about the importance of education and the responsibilities that come with it:

Above all you must study hard. Very few in Pakistan have the
opportunity you now have and you must take advantage of it. Never forget that
the money it is costing to send you comes from the land, from the people who
sweat and toil on those lands. You will owe a debt to them, a debt you can repay
with God’s blessing by using your education to better their lives.

Have you been a victim at the hands of patriarchy? Even Benazir Bhutto had to deal with it at some point in her life:

Clearly it’s not easy for women in modern society, no matter where they live. We still have to go the extra mile to prove that we are equal to men. we have to work longer hours and make more sacrifices. And we must emotionally protect ourselves from unfair, often vicious attacks made on us via the male members of our family.

Asma Jahangir was a famous Pakistani human rights lawyer. She was also an activist who co-founded and chaired the Human Rights Commission of Pakistan. She took it upon herself to demand that the government improve the record of human rights.

We now have women like her to look up to – but Asma did not have anyone but her strength and resilience. During her school days, she demanded the head girl be elected through democracy- instead of the nuns choosing the head girl of the school.

She saw her first victory in the court of law at the early age of 18 when she fought her father’s release. Needless to say, Asma Jahangir has left us important messages over the span of her life. Let’s take a look at some of her unforgettable quotes:

Just like charity begins at home, Asma believed the fight for justice too should begin at home:

Yes, I am very unhappy, extremely anguished at human rights violations against Kashmiris in India or against Rohingyas in Burma or, for that matter, Christians in Orissa; but obviously, I am going to be more concerned of violations taking place in my own house because I am closer to the people who I live with. I have more passion for them. 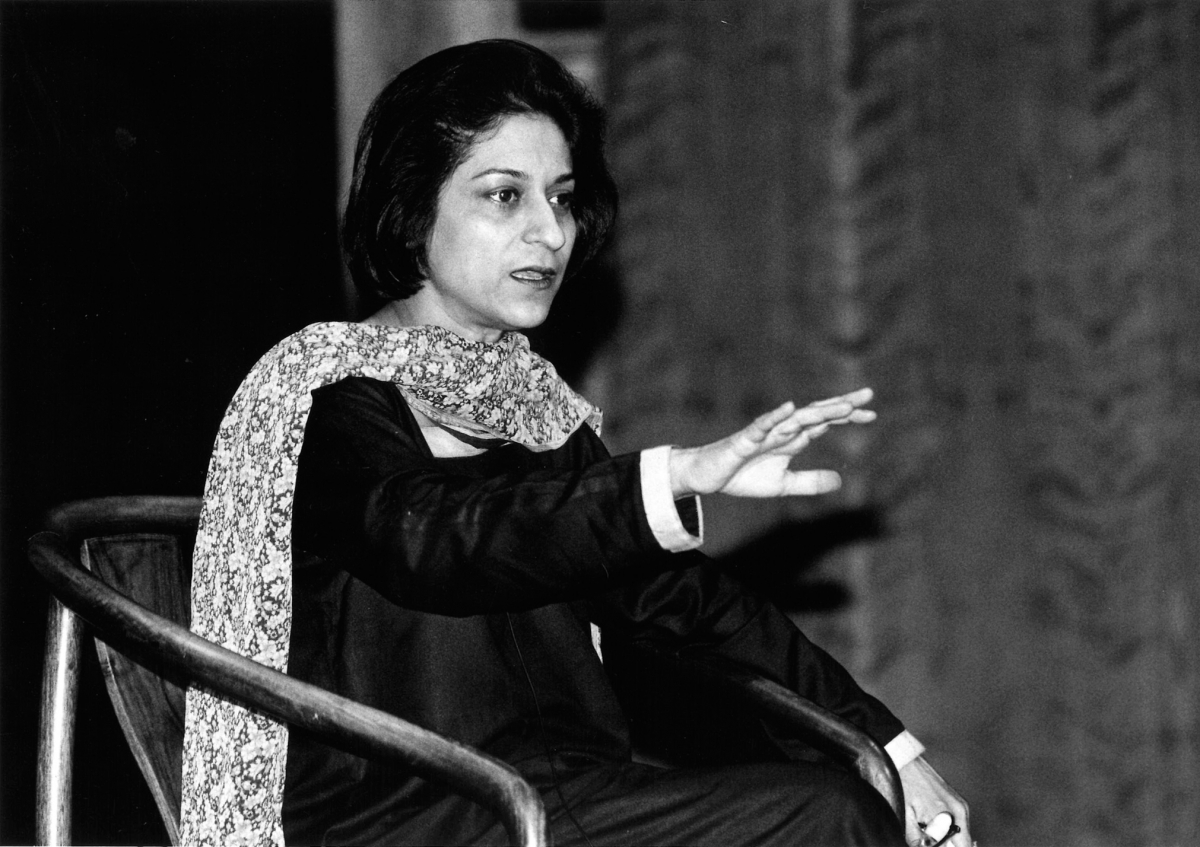 Even threats did not stop the activist from fighting the good fight:

As a lawyer, many a time I took up difficult and sensitive cases dealing with minorities’ and women’s rights. Yes, I constantly receive threats, and to be very honest, at times it is very scary. But I have to continue my work.

It would be unfair to talk about the leading feminists of Pakistan and not mention Fahmida Riaz. The progressive Urdu writer, poet, and human rights activist faced 10 criminal charges against her. However, that did not stop her from standing up for what she believed in.

Because of her work against the dictatorship, she had to flee to India to seek asylum. Fahmida Riaz and her family spent 7 years in exile. However, that did not stop her from achieving great success in her career. Fahmida received several awards for her work as a poet and a social activist.

Here are some of her most impressive sayings:

What feminism means for me is simply that women, like men, are complete human beings with limitless possibilities.

Her statement at the PEN America Asia Society in New York in 2011 that made the organizers publish an apology:

I cannot resist the temptation to say that it is a great pleasure for me to come to a Presbyterian Christian country, and to see that Protestants are living in peace at last with the Roman Catholics and not butchering them. 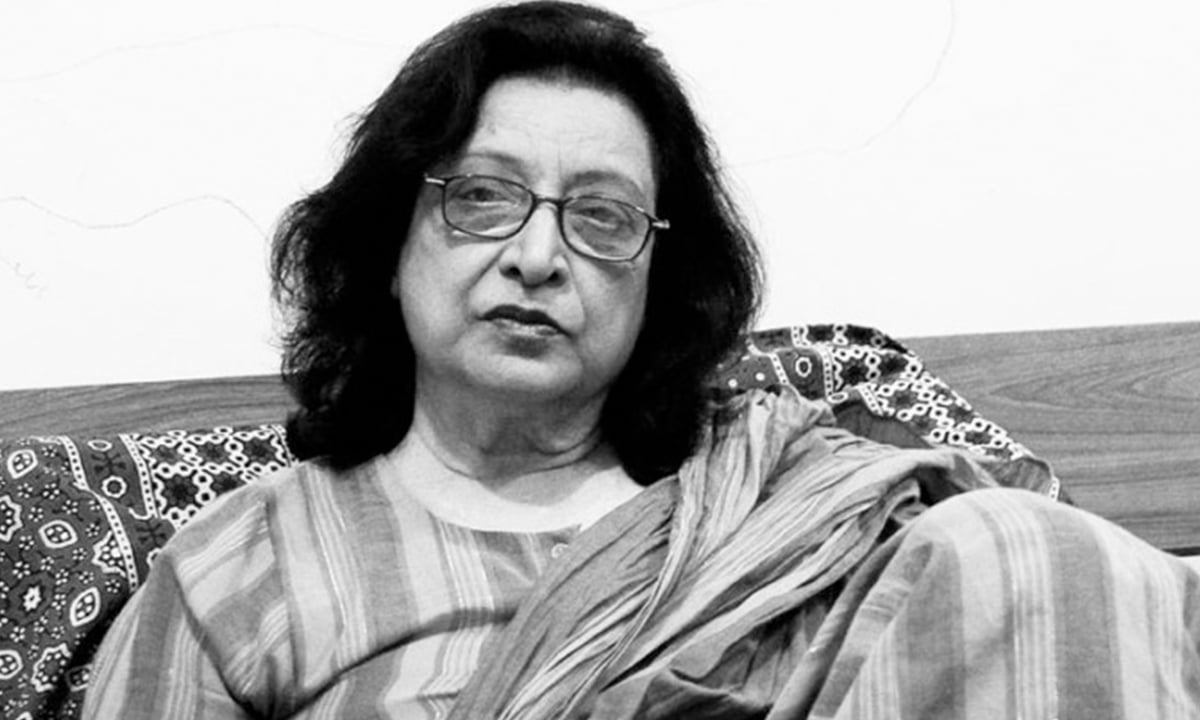 You see, we don’t see the US as a Christian country. But you see us as Muslim. This is, in fact, what Edward Said might call some kind of orientalism, right? First you define them as such, then you make them feel like as such, etc.

Clash of cultures? We don’t think so:

You have to understand that culture can have no essence. Cultures move, flowing into one another, forming new cultures. Culture is born this way. There is no clash of cultures.

Queen of Pop Nazia Hassan was a Pakistani singer-songwriter, lawyer, and social activist. At the age of 15, she was a force to be reckoned with. Her poetry reflected her strength and need to become empowered. Let’s take a look:

I’m born in where my fate is admired.

Neither as a daughter not as a woman.

Two blessings of the world you will find,

A woman too kind, and men of many kind. 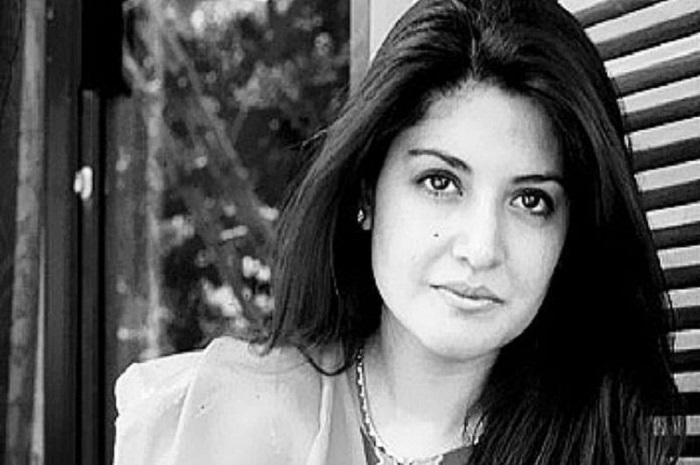 The power of a woman in a man’s life:

A woman can make his life hell out in heaven or heaven out in hell.

Meesha Shafi created a frenzy on social media with her accusations against Ali Zafar. Since her allegations came forth, the masses were forced to ponder on the reality of the showbiz world. Undoubtedly, she has empowered countless others in speaking out against abuse.

Let’s take a look at some of her quotes that have sparked independence and strength amongst women:

I believe that by speaking out about my own experience of sexual harassment, I will break the culture of silence that permeates through our society. It is not easy to speak out.. but it is harder to stay silent. My conscience will not allow it anymore.

Speaking to the sexual assault victims, she said:

It’s important to speak up; it is not your fault under any circumstances. It is never, ever your fault. Don’t ever think it is you who needs to hide this.

Women do not need to bite their tongue:

I’m finding it hard on my conscious to stay silent any longer than this because I’m seeing such brave girls and women speaking up – not just around the world – but here as well. 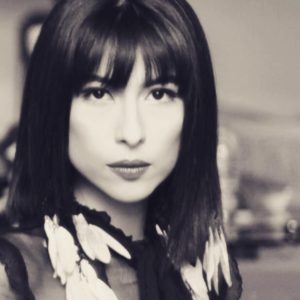 On taking a leap of faith:

It is liberating, it’s empowering and it’s not the end of the world. I only felt hesitant as long as I hadn’t told anyone. The more people I tell, the more power I feel. I do. That has been my direct experience in the case. I’ve done the thing I feared and I’ve taken the leap of faith. And you know what, it’s okay.

What do you think of these quotes by empowered Pakistani women? Share your views in the comments section. 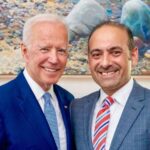 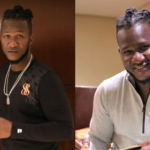