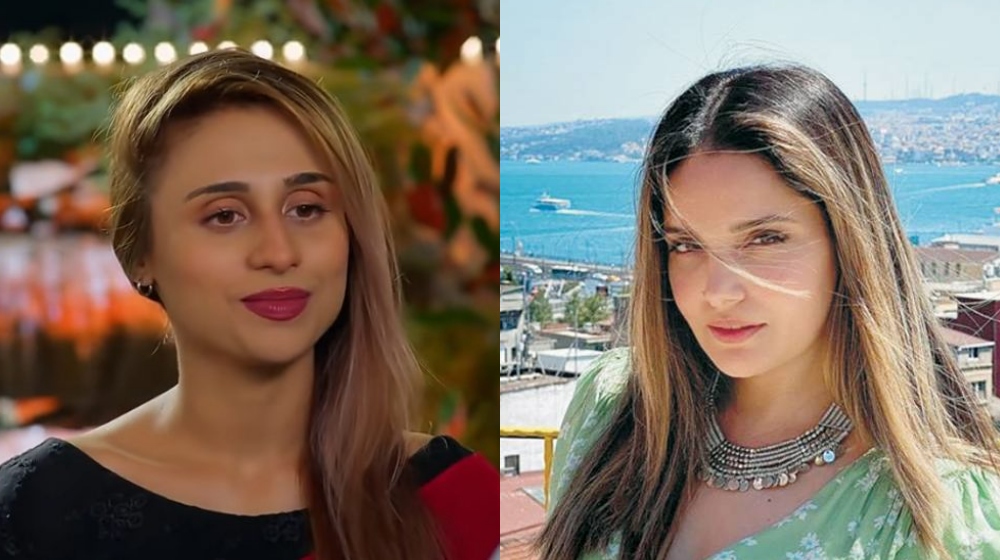 Much like Ushna Shah and Ahmed Ali Akbar weren’t the first choices to play the leads in Parizaad, neither was Mashaal Khan for the role of Lubna.

Previously in an interview, the writer Nadeem Hashim opened up about his vision for Parizaad and how he didn’t write the roles of Parizaad and Naheed for Ahmed Ali Akbar and Ushna Shah.

Turns out he didn’t write the role of Lubna with Mashal Khan in mind. He actually envisioned Armeena Khan for the role.

“Armeena Rana Khan was in my mind while I was thinking about the role.”

The Sherdil actress thanked the writer for considering her for the role, but thinks the current cast is perfect. 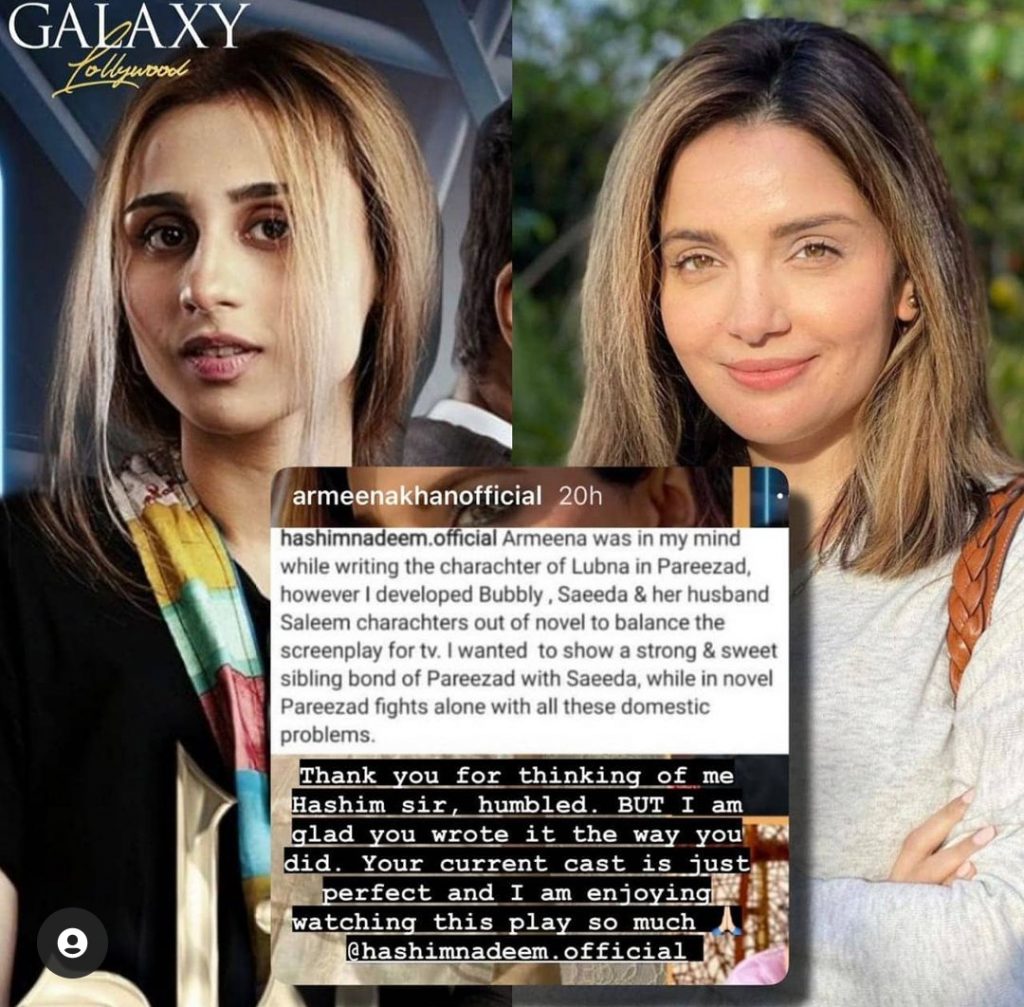 However, when it comes to casting, the writer alone doesn’t call those shots. That explains how several members of the cast are not what the writer had in mind.

Similarly, Nadeem Hashim explained how the characters of Bubbly, Saeeda, and her husband were specifically written into his story to balance the drama.

Ahmed Ali Akbar Steals the Show with His Performance In ‘Parizaad’

Why Parizaad Has Us Hooked

Directed by Shahzad Kashmiri, the drama serial Parizaad is garnering fans due to its deep dialogue and story. Despite initial opposition due to the actor using blackface for the character rather than just casting a brown actor.

The story is not another ‘saas-bahu’ saga but rather a story people can relate to. Growing up in a society with so much emphasis on physical appearance, we’ve all been bullied by adults and children alike over our looks. While Parizaad was mistreated and undermined over his skin color, we might have had similar experiences due to weight, thin hair, height, etc.

Parizaad really calls out our standards for judging people.