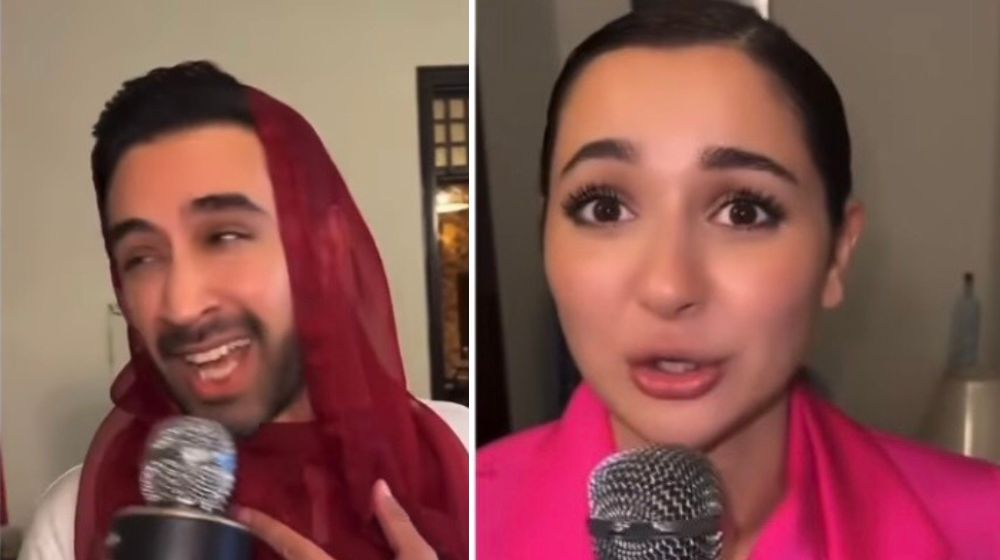 Hania Aamir, Ali Rehman Khan, Dananeer Mobeen and Aashir Wajahat recreated a viral video and we cannot control our laughter. The video is of a school where children are delivering their speeches and the teacher is loudly commenting.

The video is making rounds on social media, for all the fun it is catering to. Ali Rehman Khan took the excitement to another level as he became the teacher himself.

Taking pun on the viral video, the Mere Humsafar star and Dananeer too reenacted the video leaving fans in laughter.

Just like the original video, the actors are also being praised in a cute way for making the hilarious video.

On the work front, Ali Rehman Khan and Hania Aamir were recently seen together in ‘Parde Mein Rehne Do‘. Their chemistry was rather charming, from emotional scenes to dancing cuts, both have won over the audience’s hearts with their sizzling onscreen chemistry.

Parde Mein Rehnde Do is a comedy movie, revolving around an infertility taboo concept of our society, beautifully aims at starting a meaningful conversation about social reality.

The power duo effortlessly pulled off a strong bond on big screens, leaving the moviegoers swooning over them.

ALSO READ
Together Or Not? Farhan Saeed Makes Cryptic Comments About Working With Urwa