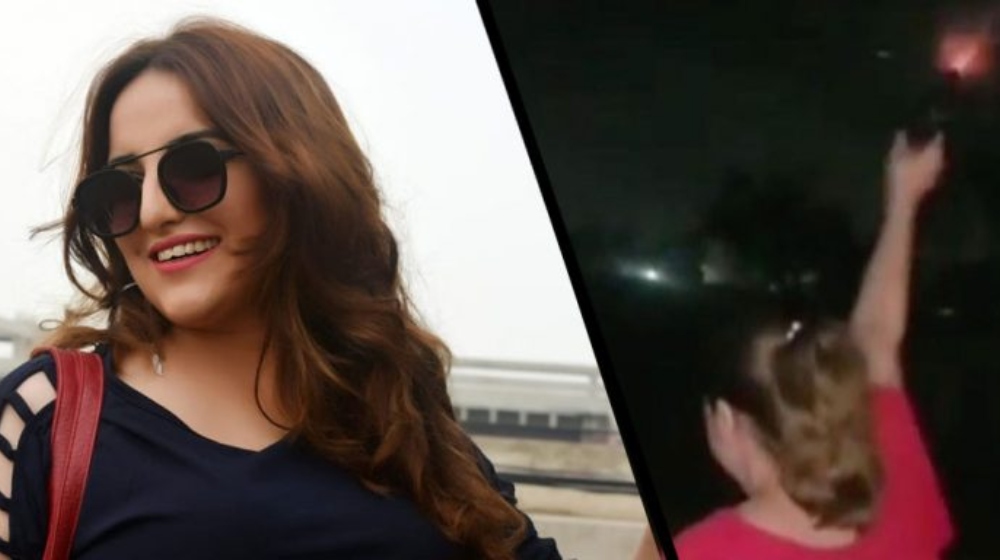 Pakistani Tik-Tok girl Hareem Shah managed to get out of one controversy unscathed but jumped right into another.

The social media personality proudly showed off her aerial firing skills without regard for the number of accidental deaths each year due to the archaic practice.

Of course,  the video made rounds on the Internet, making Hareem Shah the target of more social media criticism. Rather than impress the public the video hit the bullseye of mass criticism.

People are calling out her uncivilized behavior. Given the fact that injuries from stray bullets in aerial firing are in the hundreds, it’s right to call the practice uncivilized. According to a study carried out in Hyderabad, Sindh 144 cases of injuries caused by aerial firing were reported between Jan 2009-Dec 2010.

There should be a competition between her and Rabi Peerzada on who can win the most attention by making the most idiotic, senseless video.

Just this previous New Year’s Eve 18 people, including women and minors, were injured in various parts of Karachi due to aerial firing. Last year on Independence Day three people were killed and over 45 others wounded in different incidents of aerial firing.

Of course, there was no shortage of folks poking fun. Some stating this is how Hareem Shah made her way into the Foreign Office premises.

She is crazy. What is wrong with her?

Recently the Pakistani TikToker Hareem Shah garnered intense backlash on social media for recording TikTok videos at Pakistan’s Ministry of Foreign Affairs. She was criticized for her disorderly conduct in her videos on social media.

Following much controversy surrounding the MOFA video, Hareem Shah finally revealed who allowed her inside the Foreign Office building. She tweeted that it was a ‘high ranking government official’ who allowed her onto the consular access only premises.

When the Prime Minister launched an inquiry into how the TikToker was allowed into the Foreign Office and able to shoot a video, Hareem Shah apologized but maintained she did nothing wrong.