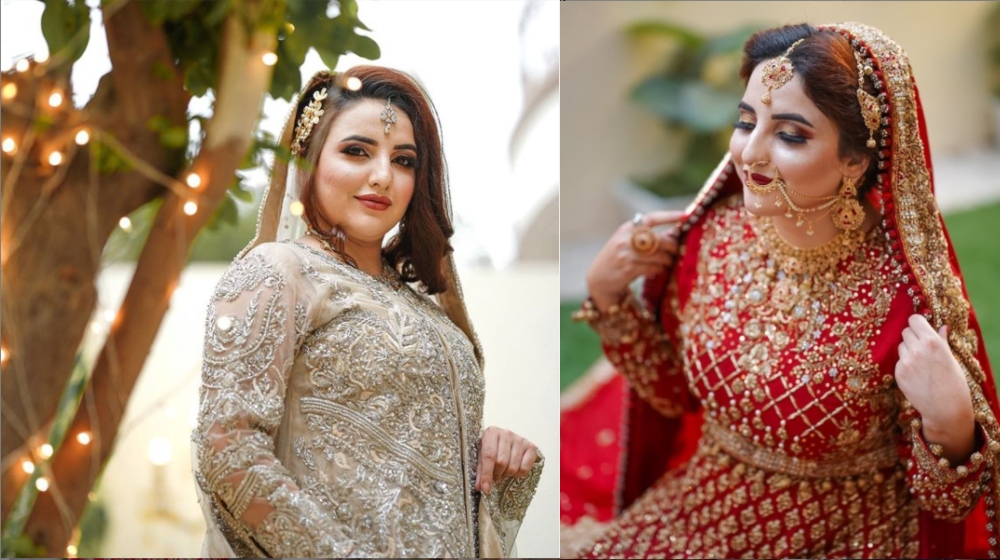 TikToker Hareem Shah slips up more details about her mystery man. Netizens have been grasping at straws trying to guess who’s the Pakistan People’s Party (PPP) lawmaker that married the social media influencer.

When the TikToker first confirmed the news of her marriage to GeoTV, she had stated that she’d share the details later. The Raaz actress hasn’t even given us a name.

Now she’s letting a few details slip. According to Samaa News, Hareem Shah revealed a significant age difference between her and her husband.

“I am not sure about the exact number, but he is a lot older.”

Even without much to go on, social media was buzzing with speculation as to who the PPP member of the Provincial Assembly (MPA) is.

Now we have an age bracket to guess the Sindh lawmaker’s identity.

Hareem Shah also shared that her wedding took place in Karachi. Despite a very hush wedding, the guest list included her husband’s friends. As well as many people from her side.

On the subject of keeping her marriage and husband under wraps, the social media influencer asserted how she’s not embarrassed or anything. While she has nothing to hide, she’s retaining her right to privacy.

“Entering into a nikkah is not an embarrassment, … You asked about it, so I affirmed it.”

Rumors of the TikToker-cum-actress emerged when she posted a picture of a male hand with a female hand, while the female’s hand flaunted a diamond ring.

The picture was taken down shortly after Hareem posted it on her Instagram. Later businessman Hassan Iqbal revealed the picture was of his hand and his lady friend. Hareem wasn’t even in the picture.

She too later admitted that the picture had nothing to do with her wedding.