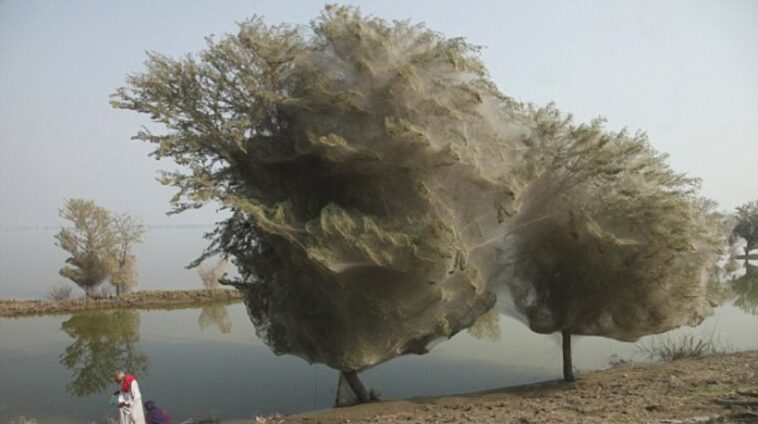 Ever wonder what happens to the animals and creepy crawlies during the floods each year? Turns out spiders have found a strange solution for survival. The resulting ‘ghost trees’ are eerily beautiful.

Unfortunate residents of these low-lands, which are ravaged by water each year, continue to reside there as they have nowhere else to go. The ‘ghost trees’ in the area are a stark reminder of how despite trying to stay they won’t be staying for long.

For Just Rs 186, You Can Buy a House in Italy’s Corona-Free Village

These trees, are the after-effect of floods, barren and swarmed by spider webs cocoon in the branches. This only adds to the eerie ghost town vibe of these flood-lands.

Why the spiders? Millions of spiders crawled into the trees to escape flood-waters. While people can migrate during the rainy seasons, these spiders set up camp in the trees, and have now shrouded them with their silky webs for good.

According to the DailyMail, these neo-habitats have quite a symbiotic relationship with the locals. The webbed trees ensnare mosquitos and other pests that act as vectors for diseases.

Locals say that as the water from last year’s floods still have not receded, there are fewer mosquitos than expected. Consequently, this has reduced the risk of malaria.

Aversion to arachnids aside, neo-habitats for spiders are benefiting local people.

Revealed: The Brave Man Who Risked His Life to Save Dog from Swat Floods

However, the question remains how long will this last? While the trees might provide enough cover for the eight-legged crawlers, another rainy season is not too far away. Will the webbing survive the rainstorms and flash floods?

.How will this affect the overall eco-system and balance of these lands? 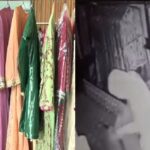