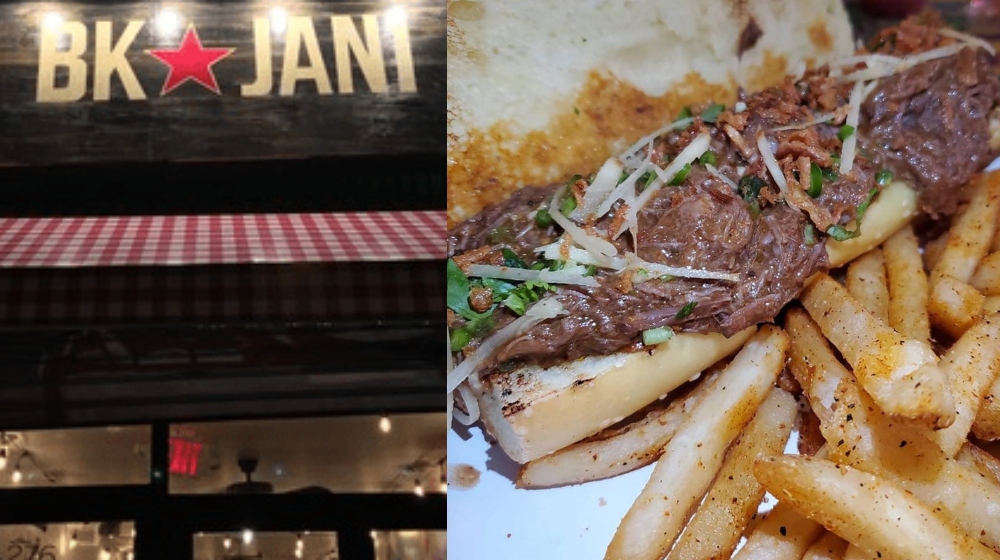 Fusion foods. You take two or more dishes, and fuse it together (get it?). That stuffed crust pizza you like is actually a fusion food! And now we have something very different. A restaurant in Brooklyn’s Bushwick neighborhood, BK Jani has launched a ‘Nihari sandwich!’

Apparently BK Jani is a ‘street food-like’ Pakistani joint. The fast-paced city of New York runs on quick bites. Amid this, the area of Bushwick is known for its many food carts with good and cheap food.

That’s what BK Jani seems to be chasing in on with its ‘Nihari sandwich’. Since it’s a sandwich, it’s a quick bite, but does it have all the wholesome hearty goodness of a Nihari?

The rest of their menu really is just the standard fast food meets Pakistani flavors. This is nothing new as we’ve had ‘chicken tikka flavor’ going around for ages now.

Most foreigners can not really tell the difference between Indian and Pakistani cuisine. Nihari and the variance in its unique flavors from region to region is something purely Pakistani. Our nihari just tastes better (and that’s the last word on that topic).

Since this restaurant’s menu is incredibly meat-heavy, chances are they know how to cook their Nihari just right.

Flavors from Pakistan seem to jump out of the menu options. Even the breakfast menu seems like a Lahori idea.

Their idea of a picnic meal? Try this ‘braised boneless leg of lamb’.

The main reason this food joint is so famous is because of its price point. In a Brooklyn that’s gradually being ‘gentrified,’ it’s harder and harder to find affordable things, including food.

BK Jani provides a place to sit down and grab a bite. That’s something you don’t get with food carts. The owner apparently told Bushwick’s ‘least reliable news source‘ that:

“I just wanted to make food that was delicious at an affordable price that would pay homage to my country.”

So, if you are visiting New York, might as well give this food joint a try!