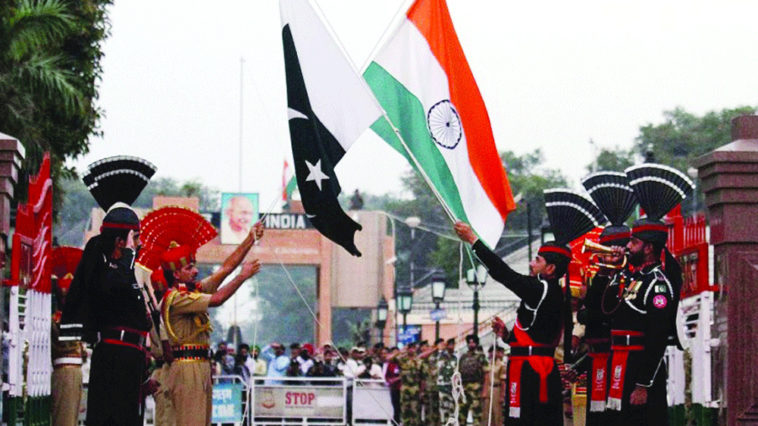 Two days ago, Indian celebrities and media were clamoring for all-out war against Pakistan, not realizing the dangers of pushing such a vitriolic narrative to their followers.Even as Pakistani celebs called for sanity and a de-escalation in war euphoria, the Indian side just wanted to have their pound of flesh by any means.

Indian journalists, movie stars, politicians, you name it, they were talking with one voice – inflict hurt on the enemy by any means. Even a UN Goodwill Ambassador echoed the same.

Then the two Indian planes happened. One captured Indian pilot later, the warmongers have finally discovered the virtues of exercising restraint.

We take a look at how these narratives changed in one day, and how, there’s still time for acting sensibly before its too late.

First we have a noted Indian journalist Barkha Dutt, and this is what she shared 2 days ago:

I am an Indian journalist who cut my teeth reporting war from the front line. I have no faux neutrality about my country being engaged in a decades old low grade war by Pakistan backed terror groups. My full support to @IAF_MCC for this. This is not war mongering. Its justice https://t.co/CQQcoxrCEA

Funny how this sense of ‘justice’ does not apply when it comes to Kashmiris when they were busy being blinded by pellets (and that’s the least of it). No shedding tears over an infant whose eye was damaged by these pellets but ok, lets just stick with ‘justice’ here.

Mess with the best, die like the rest. Salute #IndianAirForce.@narendramodi.

What an explosive morning ! As india celebrates ! I salute the 12 bravehearts for meting out justice for our Pulwama boys ! Our Neighbours often complain of being victims of terrorism themselves .. they need to thank us . ?????????????? Jai Hind.

In India at least, hashtags like  #indiastrikesback, #terroristanpakistan, #pakapologist soon began trending, giving us a view into the jingoistic and pro-war mindset there.

And the first casualty of war is truth, and Ms Dutt became a prime example of this case:

As expected Pakistan calls #airstrikes "fictious" but wants 'right to retaliation". If its all untrue what is the retaliation for? . Too many clumsy contradictions FROM Pakistan all day #airstrikes #Balakot #PulwamaAttack

The line of control and international border has heated up as expected after #AirStrikes. Heaving firing is on at multiple forward posts. The tenuous 2003 ceasefire which has more or less held through ups and downs is likely first theatre of next set of action. #IndiaStrikesBack

Exclusive: "Great Political Will shown by @narendramodi government & kudos to @IAF_MCC" says @ltgenhooda in exclusive with me on #IndiaStrikesBack. He led Surgical Strikes 1.0 & is setting up security task force for Congress. Watch & share here & @NewsHtn https://t.co/uhg5EZbd49

As a journalist, calling for war is a step too far, and Ms Dutt makes no bones of hiding it.

To be honest, she wasn’t the only one. Most Indian celebrities couldn’t distinguish between being patriotic and being nationalist. They happen to think the two are the same. Those who don’t (like Navjot Sidhu), were quickly shown the door.

A Ploy to Win Votes

Sure, Pakistan has a terrorism problem and one that it has taken great steps to exorcise itself of (the war against TTP for example). However, it seems that politicians are pros at making someone guilty before they are presumed to be innocent.

The Pulwama suicide attack on a Indian military convoy was itself, a manifestation of what happens when the state decides to terrorize its own population. The attack was carried out by a Kashmiri youth, who himself had to face humiliation at the end of Indian troops. Injustice, be it of the Indian or Pakistani variety, is bound to blow up in their own backyards. Let there be no doubt about this.

Coming back to the topic. it was the Indian government that decided to take ‘revenge’ for Pulwama attacks, by intruding into Pakistani airspace first. They did it once, and were chased away by Pakistani jets.

Then they did it again, only this time, their planes were shot down and a pilot captured.

The Pakistani side, instead of making an example out of the pilot, offered him tea and treated him with dignity. Prime Minister Imran Khan himself called for talks and a cessation of hostilities.

“I wanted to take you into confidence regarding the situation arising since yesterday. We offered India that we are ready to cooperate with them in any kind of investigation after the Pulwama attack.”

How did the Indian media respond? See for yourself:

Turns out the main aim for these airstrikes was this:

And finally, all of a sudden, Indian media personalities discovered they had been lied to:

The #BJP makes me hang my head in shame. These guys have no principles. They are crude. They are vulgar. “Air strike will help BJP win more than 22 Lok Sabha seats in Karnataka: “B S Yeddyurappa – The New Indian Express https://t.co/u4jRzLQ40P

BJP leader #Yeddyurappa statement claiming party will get 22 seats in Karnataka as a consequence of #BalakotAirStrike is revolting and an absolute insult to #WingCommanderAbhiNandan and the 40 CRPF soldiers martyred in Pulwama. UGH.

And good old @BSYBJP gives away the story! War for votes???? https://t.co/TkJLYxWVP9

Boycott me for what?For saying no to war, for wanting Unity in this great country of ours?For not seeing differences amongst Hindus or Muslims?For wanting terrorists captured?Or maybe its bec I differ from your political ideology & u cant bear to hear me say that ovr & ovr again. https://t.co/RBYsSuxMyv

The right thing to do Pakistan! Treating soldiers with respect is the humanitarian thing to do … https://t.co/nzvsLglost

It’s a war against terror not between 2 nations yet. Dear Media —-you can actually stop this escalation .. please let’s be responsible and work towards peace.

War-mongers on social media are egging on #India and #pakistan, both nuclear nations, to go to war? What if we do? 90% of the world's population may die of starvation. Watch and
#SayNotoWar.

India demand a FULL investigation & the TRUTH of #Pulwama.

The lesson here is clear. Never, ever blindly trust what the government tells you (applies to every one no matter where they live).

One hopes that the past few days serve as an eye-opener for everyone, and that the much dreaded war between India and Pakistan does not happen. 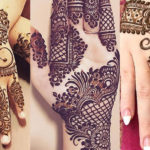 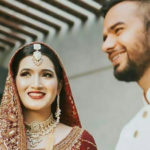