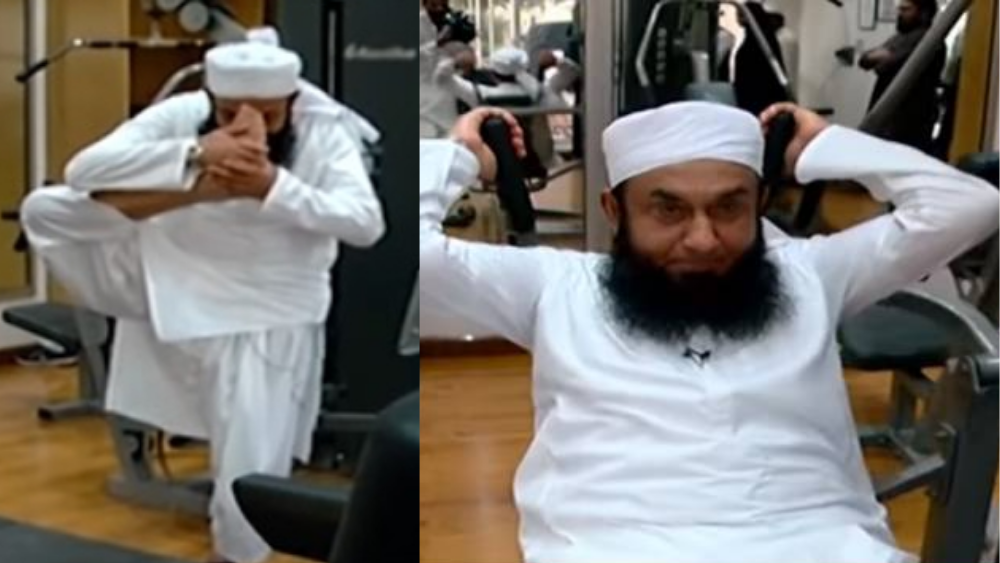 Maulana Tariq Jameel just shared the secret of his fitness. The religious scholar does not just have a healthy mindset, but he tries to keep his body healthy as well.

In a conversation with 24 News HD and host Wajahat Khan, the maulana shared his views and said that we can’t expect our society to change without making a collective effort. To transform it into a better one, we must follow the footsteps of Prophet Muhammad (P.B.U.H) and act upon the teachings of the Holy Quran.

For the good of the people and the society, the scholar also runs a charity organization. When asked about MTJ Foundation, he said that he wants to serve the people of his hometown Tulamba as well as the whole country by establishing free schools and hospitals. Furthermore, he wants to establish a team so that the foundation could run smoothly even after his departure.

The host also asked him to share the secret of his health and to that, he pointed his finger to the gym. Maulana Tariq Jameel works out regularly at the gym, that is built in his residence. Besides exercise, he also does yoga on alternative days. Surprisingly, this is something many people don’t know about him, but he had been into fitness and exercise since his college days.

Abdul Razzaq Under Fire For Sexist Remarks Against Female Cricketer