The young girl was willing to allow her relationship to deteriorate for her self-respect but her boyfriend shattered her self-esteem. In an interview with Mangobaaz, Habiba said;

“I was in a relationship with this guy I met at the tuition center I used to go to, … One thing led to another and he asked me out. I said yes. Things were fine, till he started asking me for my nudes. He would promise me that he wouldn’t show them to anyone. He’d keep talking about how attracted he was to me. When I kept refusing, he told me that he would have to ask other girls for their nudes if I couldn’t send him mine. It was really hard to deal with the situation, but I kept saying no. I wasn’t comfortable at all.”

When she decided to end things with the boy making her uncomfortable he harassed her along with his friends and then circulated doctored images of her.

“He called me and cried on the phone. When I refused once more, he had his friends call me and abuse me. They called me a whore, among other things. Things died down for a while. I blocked him and his friends. Then, one day, I got a WhatsApp message from an unknown number. There were about five to six doctored images of me, … They’d taken pictures off my social media accounts, presumably before I’d blocked them, and had Photoshopped them onto nudes.”

Out of fear of being prosecuted, the teen girl couldn’t even tell her parents, since even her closest friend told ‘she had it coming’.

“She told me very clearly how I had brought shame upon my family’s name. How? By refusing to send nudes?”

As the situation grew worse, the girl was driven towards committing suicide. However, it was all the support that talked her off the ledge. This even gave her strength to come clean with her parents.

“I was worried about my parents finding out, but I also knew that it would be easier to explain things if I was upfront about it. I didn’t want them finding out from elsewhere. I told them what happened. They were horrified, but were also immensely understanding. Eventually, it got to the point where the dust settled. I still can’t believe I almost killed myself over doctored images. But it happened, and I will never forget it.” 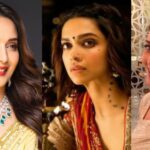 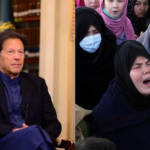