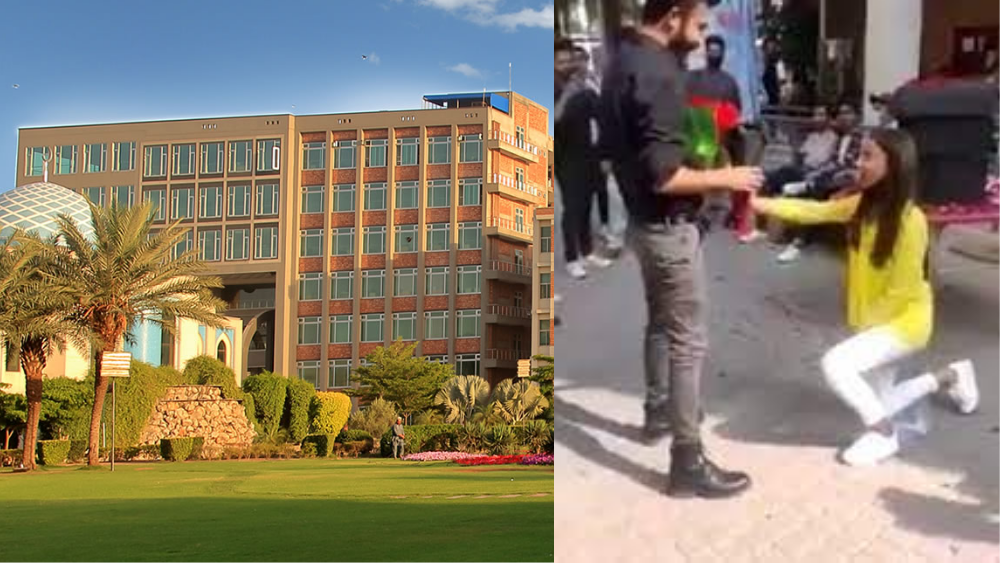 The Federal Ministry of Human Rights has asked the University of Lahore to revert its decision and re-admit the two students who were expelled last week for a public proposal on campus. In a letter, Parliamentary Secretary Lal Chand Malhi said that the university management had “overreacted” on the matter without properly examining all the details of the incident.

The letter was addressed to the vice-chancellor of the University of Lahore, in which Lal Chand Malhi termed the university’s behavior as “moral policing”. He said if the university deemed their behavior inappropriate, the administration should have provided the students counselling.

Their expulsion was “certainly uncalled for and an evident case of violation of the human rights of the students.”

University of Lahore is asked to reconsider its decision

“Both the girl and the boy did not commit such a heinous crime for which they were punished severely and expelled from the university. This would destroy their career and future education opportunities.”

The couple had proposed to each other on March 8, International Women’s Day, however, the video went viral on social media on March 14. Taking a note of that, the letter stated,

“This kind of freedom is outlined in article 16 of the Universal Declaration of Human Rights to which Pakistan is party and also under the UN Covenant on Civil and Political Rights.”

The Parliamentary Secretary also said that the right to marry and propose at will are also guaranteed by the relevant laws and Constitution of Pakistan. Therefore, the university’s decision to expel them had sent a critical message at the national and international levels that it could not tolerate and accept two students proposing to each other.

“I would reiterate that the decision is in contradiction of basic human rights,” he said.

The couple has allegedly tied the knot

Reports suggest that the expelled students have allegedly tied the knot. That’s more of a reason to restore their admission and allow them to continue their education. All eyes are on the varsity’s administration committee and are hoping that they will make a wise decision.

‘Every Girl Has the Right to Marry of Her Own Will,’ Fawad Chaudhry Defends ‘PDA Couple’