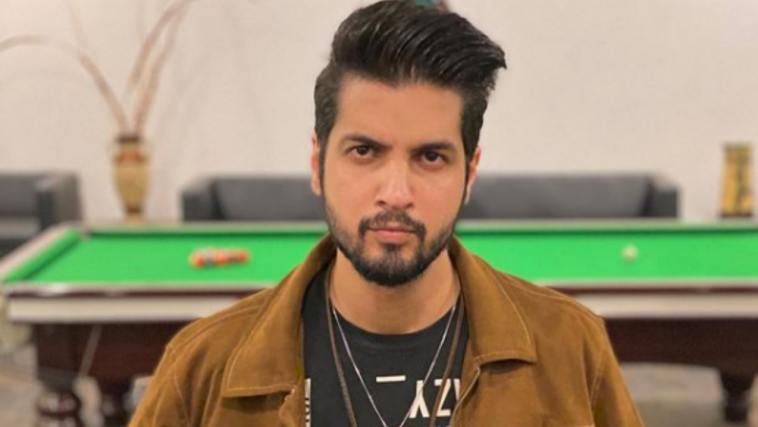 Pakistani musician Abdullah Qureshi released a public apology, admitting his problematic behavior towards women and sending unsolicited messages to them in the past. The singer apologized to everyone and requested the removal of such posts as they will likely affect his daughter

He reshared the apology on his Instagram, which read,

“I apologise to everyone for all this. I won’t blame my drunken state because it was me at the end of the day. But yes, I did have a drinking problem and I do have fetishes. But everyone has fetishes. It’s not about that though. It’s about messaging randoms.

He went on to state,

“Yes, I did have that problem too but I stopped when I had my daughter. I apologise to her for being the worst dad.”

The Dastaan singer added that he opened up to his wife about this a year ago and they settled it.

“We are happy and I’m a changed man.” Abdullah Qureshi continued, “I am sorry to everyone I have hurt or harmed in any way and I request removal of anything regarding this because it has already affected my career and most importantly, it’s going to affect my daughter.” 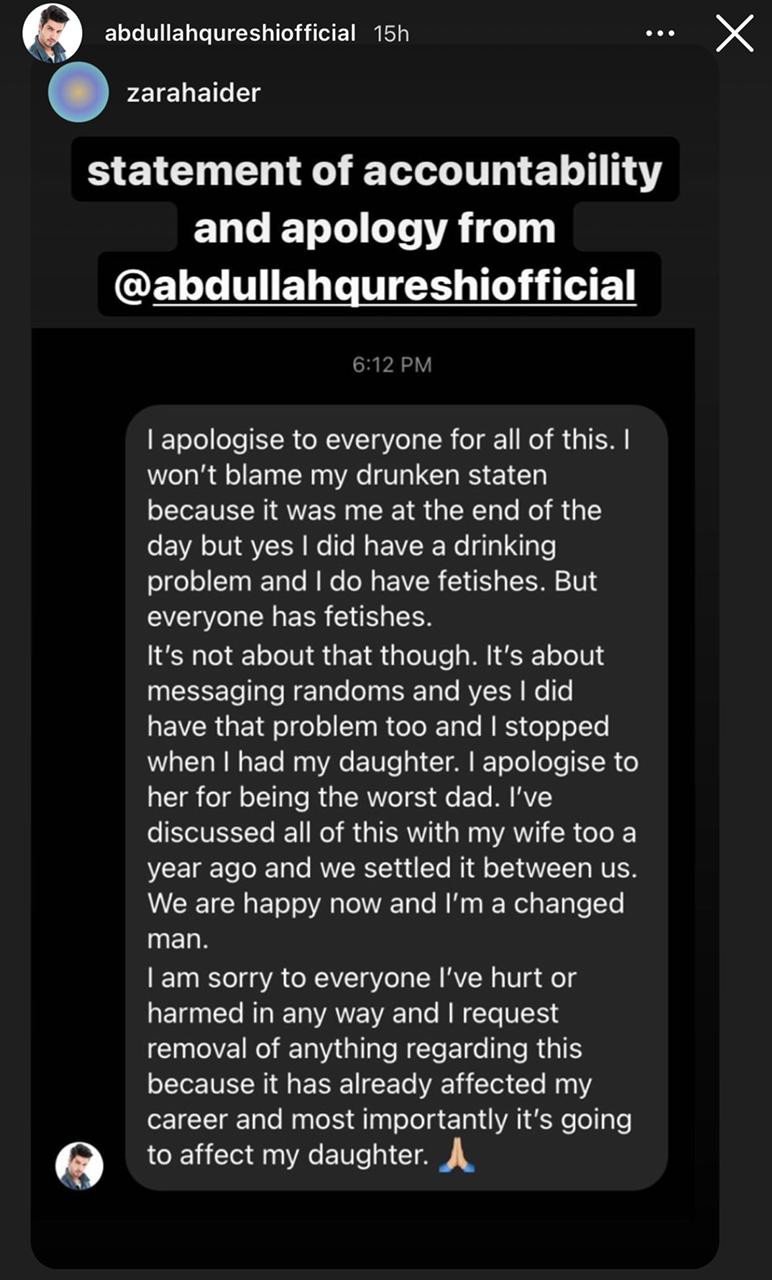 Is Abdullah Qureshi really a ‘changed man’ as he says? Netizens don’t buy it

But an hour later, an Instagram account exposed him over his ‘performative apology’ and revealed that he did not stop sliding into girls’ DMs after having his daughter, but continues to do so to date. The screenshot says that he messaged her “barely 18-year-old sister” only a week ago, and shared screenshots of that conversation.

The incident has since disappointed Abdullah Qureshi’s fans and they are demanding a proper apology. Netizens are angry that he used his daughter to escape the situation, but his apology wasn’t an ‘apology’ to begin with. Here’s what they have to say.

the fact that Abdullah Qureshi went "aha please accept my non-apology and move on with it lol cus it *might* affect my career and uh now I have a daughter too so like, delete all this against me" pic.twitter.com/MtoMC2LpFs

can not believe that seemingly harmless men with great reputations are being exposed as the vile trash they’re. elitist islamabadi “celebs” need to be held accountable for their actions & what’s this obsession of Pakistani men w minors? ew #abdullahqureshi pic.twitter.com/OlRYPS25YY

The way Abdullah qureshi said he stopped with his fEtiShEs and inappropriate texts AFTER he had his daughter💀
Not after having a fiance, a wife, a partner, his better half, but a daughter.💀
There is no "fixing" these men. They don't even consider u as an equal. As human beings

Using your wife, infant daughter and a ‘drinking problem’ as an excuse for your harassing behaviour is simply lame and does not count as an apology

Glad that Abdullah Qureshi has been taken to cleaners

abdullah qureshi’s apology was??? sorry for having fetishes????? mf pedophilia isn’t a fetish its a crime

Abdullah Qureshi responding to multiple harassment complaints with "I've a daughter now, I'm a changed man" makes me recall AOC's statement. Having a daughter or wife doesn't make you a decent man. Treating women with respect and dignity makes you a decent man.

Imran Khan: ‘Noor Mukadam’s Murderer Will Not be Spared’ [Video] 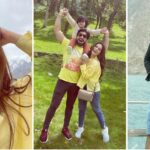 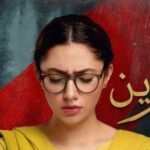