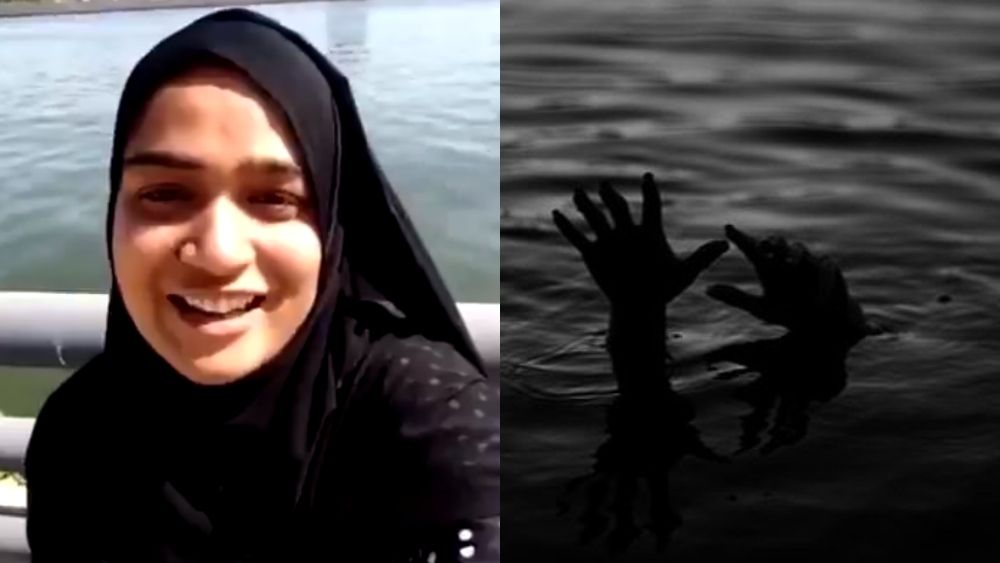 A video, recorded by an Indian girl named Ayesha, shocked many netizens around the world. The girl from Ahmedabad recorded the clip moments before she took her own life. Suicide by drowning is common in India. The incident has compelled everyone to banish the practice of dowry in the country.

Indian girl takes her own life

Ayesha went to a nearby river called Sabarmati River, where she recorded a video message for her husband, family members, and friends. In the video, she could be seen smiling, and at peace with her decision.

The 23-year-old started off her video by saying:

Hello, my name is Ayesha Arif Khan and whatever I’m about to do, I’m doing it of my own free will. Nobody has pressurized me into doing this. What else can I say?

In addition to this, she said that her life was supposed to be this long and that it was a peaceful one. Ayesha also addressed her dad and asked him to drop the domestic violence case against her husband.

I love Arif, I would not want to cause him any trouble. If he wants freedom, then he shall be free.

She also added that she is happy she will get to meet her creator. Getting teary-eyed, she said she will ask God where she lacked. Ayesha says she had amazing parents and really good friends, but she feels she lacked behind.

The Indian girl ended her video message by asking for prayers, and with a wide smile on her face. Watch the full video here:

23 year old Ayesha releases this Video before Jumping in the #SabarmatiRiver #Ahmedabad! Just listen to this poignant misery of ill treatment at the hands of the In-Laws and a Ruthless Husband! Are We even Humans? When millions of Women are treated in such Tragic Fashion! pic.twitter.com/sPQf9za7Pp

Initially, when the police found Ayesha’s body, they marked this case as an accident. However, after the video surfaced on the internet, her husband was booked for abetment to suicide. According to reports, Ayesha’s family claimed that her husband and in-laws were responsible for domestic abuse against her.

In a report, the girl’s father claimed he had given Rs. 1.5 lacs in dowry to Arif Khan on January 26, 2020. But the husband and his parents were not happy with the amount. Another FIR from last year proved Ayesha’s in-laws had beaten her up over the same issue.

Call Detail Records [CDR] from Ayesha’s phone showed she spoke to her husband for 72 minutes before ending her life. She also spoke to her parents for 5 minutes.

This video by the Indian girl has outraged netizens, and everyone is hoping for strict action against the culprits. If you or someone you know is suffering from suicidal thoughts, please call the suicide prevention hotline.