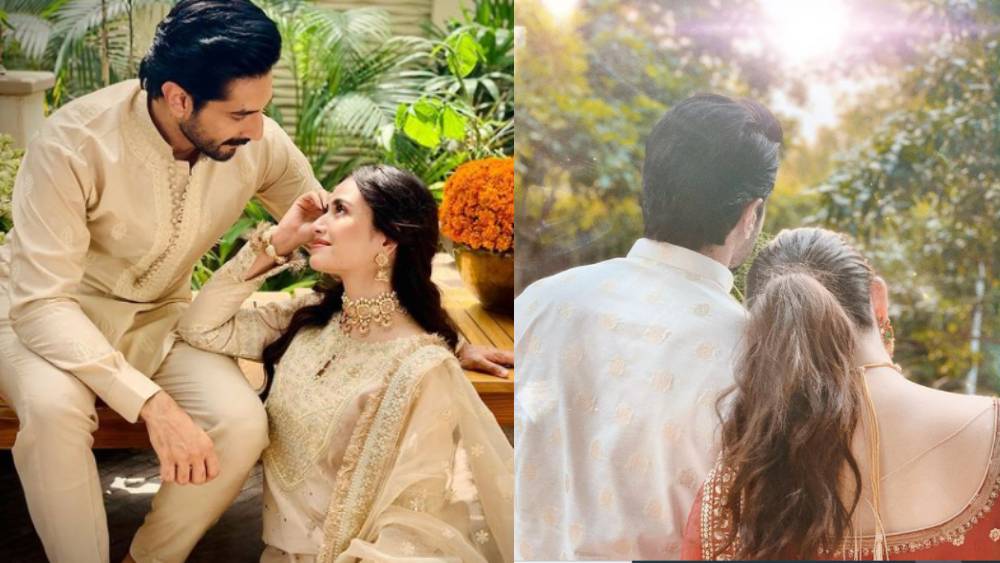 Despite being strictly a movie star so far, Bilal Ashraf is all set to make his drama debut! It all started when the actor posted a glimpse at his upcoming project.

Bilal posted an image with an actress, suggesting a new project is in the works. We didn’t get a face to go with the character though.

Yet fans were quick to catch on the Dunk actress since she posted the same image.

Sana Javed later shared a picture with Bilal captioning it, ‘from the sets of …..’, clarifying that they will indeed be working together.

According to CutACut, the Khaani star has been cast opposite Bilal Ashraf in a drama serial.

Bilal Ashraf posted an image with Rabia Butt wearing the dress seen in the first image. So are we getting the wrong idea? Is Rabia Butt the leading lady and Sana Javed a side character?

Regardless of who makes the cast, we’re excited to see Bilal finally make his drama debut. Are you anxiously waiting for Bilal Ashraf to appear on our TV screens too?

Bilal Ashraf made his acting debut with the 2016 film Janaan. Since then he’s been cast in one film after another. This includes ISPR project Yalghaar, as well as the romantic O’Rangreeza and his recent film Superstar.

Never before did we see Bilal Abbas venture into the world of television drama.

He’s also a visual effect director who has been active in the industry since 2014.