A video of Turkish actor Engin Altan Duzyatan is making rounds on the internet and Pakistanis are actually curious to know more details about it.

Yesterday, the Make-A-Wish Foundation Pakistan shared a video of the Ertugrul star, in which he announces to meet the make-a-wish children on 18th August.

“Hello Pakistan, I will be meeting with make-a-wish children on 18th of August. See you soon,” he said.

The foundation was also proud to announce that this will be the first time Engin Altan Duzyatan will be meeting three of their children.

As soon as the video went viral on social media, people were curious to find out whether the Turkish actor is actually visiting Pakistan. It was only until the foundation gave a clear statement that Engin will be meeting the children through a video call. 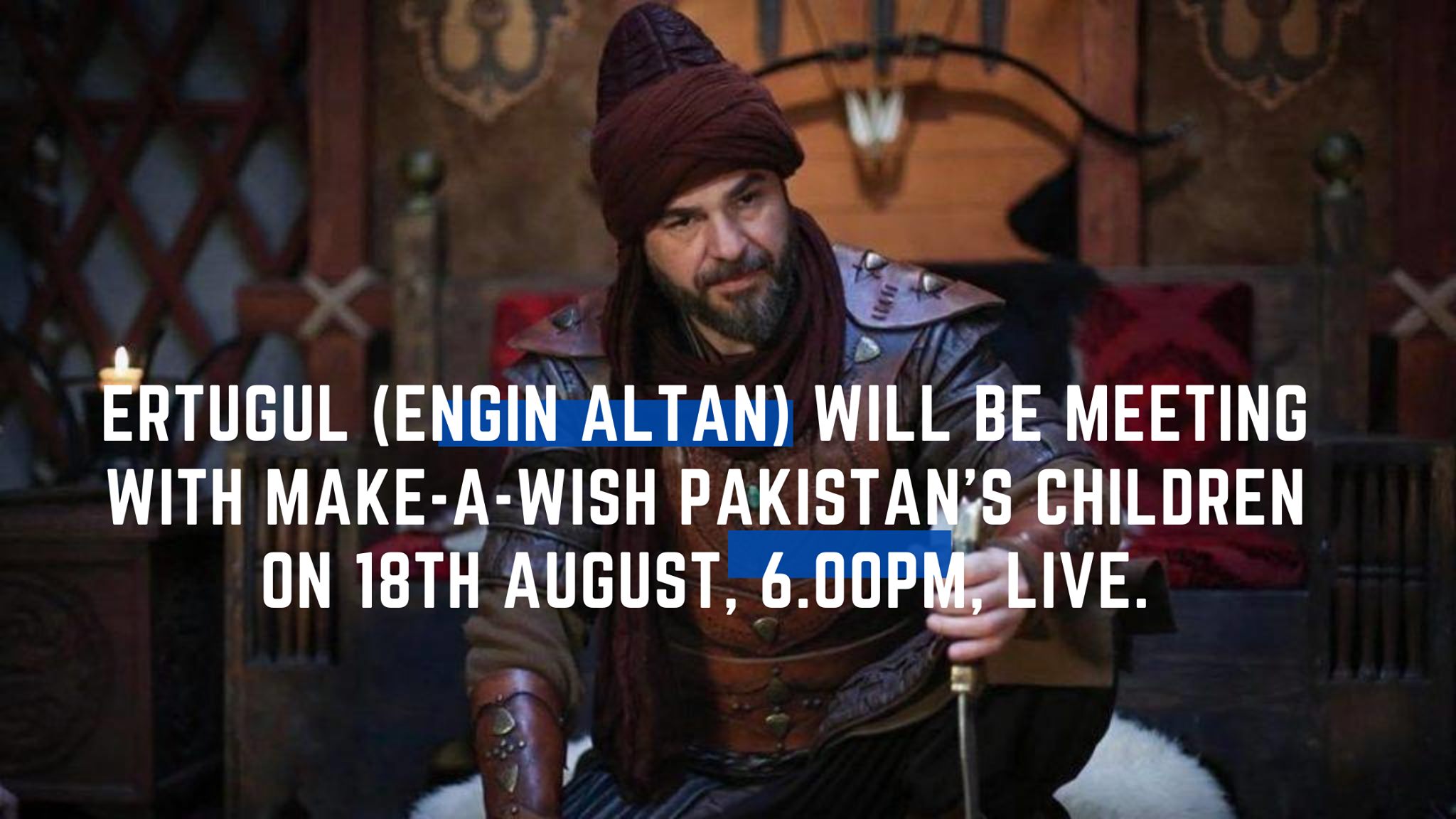 Nonetheless, fans of the actor and the drama are looking forward to this. Many have also invited Engin Altan Duzyatan to visit the country and the comment section of the video is filled with supportive messages.

Recently, the Ertugrul actor visited the Consulate General of Pakistan in Istanbul and wished his Pakistani fans a very Happy Independence Day on August 14.