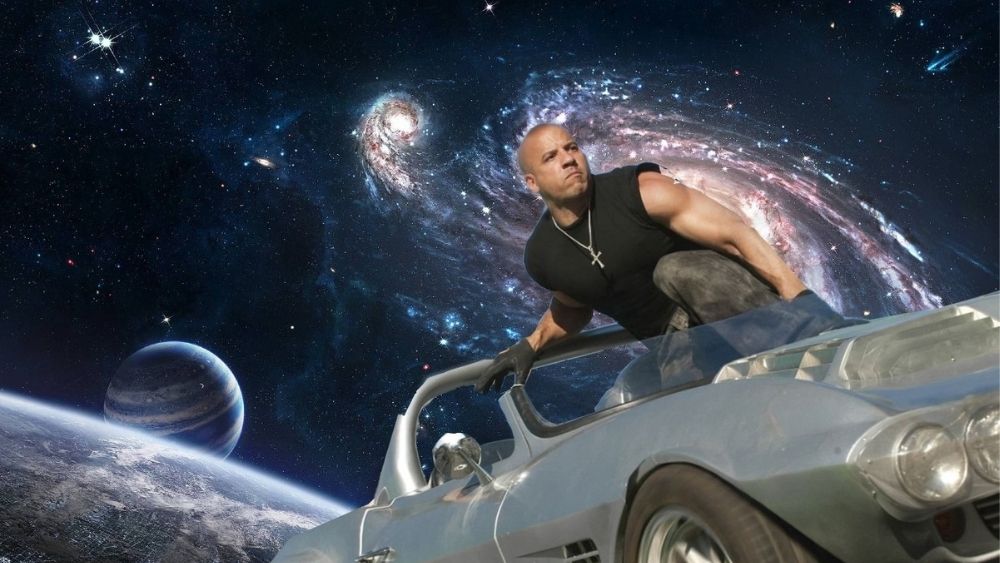 The Fast & Furious franchise has never ceased to amaze its fans. With 8 movies already out, fans are now eagerly waiting for Fast & Furious 9. But is it going to be what the fans are expecting?

Well, rumor has it that not only will the movie take a journey to space but some old cast members will return as well.

The movie has garnered a huge fan-following. So much so that the franchise has its own short films, a television series, live shows, video games, and theme park attractions. Over the 8 previous movies, we’ve seen a team of illegal street racers turn into family-oriented super-soldiers. If anything, it has gotten wilder with time.

But we were yet to see the world-exiting sort of wild experience, adding a spin of sci-fi into the action film. It will be a treat to see the movie shift from Nissan Skyline [from The Fast and the Furious] to viewing the skyline through a rocket ship.

Former director Justin Lin has returned for the movie and so will the formerly dead Han. John Cena is also a part of the movie who will be playing the role of Dom’s long lost brother.

But people are stuck on the rumor that the movie is taking a turn into space. In an interview, Michelle Rodriguez, who also played the role of formerly dead Lettie, was asked about the rumor and she said:

Oh, no way. How did you guys find that out? See what happens? People start talking behind the scenes, man. When a movie doesn’t come out and forget about it, things get out. Nobody was supposed to know that…Oh, well, no, I’m not, I’m not, I’m not lucky enough to hit space, but we did get a female writer and showed a lot of love, I think, on this one. Thanks to…Justin Lin. We were able to, to find a little bit more attention and love for the girls in the movie. And so I’m really hopeful that that, that shows through in the final product.

Here’s how fans are responding to the news:

Just read an article from @CBR that Fast & Furious 9 is in space. Mental. How can you be fast or furious in space? Does Dom already have a hyper drive?

FAST & FURIOUS 9:
Kurt Russell: What does your team know about space???

Kurt Russell: Perfect. We need y’all to go to space and save the world

Cut To: Tyrese Strapped in a souped up space ship

Who let Fast & Furious go to space bro, that sounds like a whole mess 😭😩

I think I joked about it over three years ago, and yet I’m STILL shocked Fast and the Furious is actually heading to space. Putting my money right now on a shot featuring that random orbiting Tesla.

pure spectacle, im all for it. pic.twitter.com/g5GleO7BAe

Remember when the Fast & Furious films were about small time crimals and street races. Now they're basically super heroes and going to space and stuff. https://t.co/T17HwxTshV pic.twitter.com/dDqbO4uSMn

I feel like anyone who DOESNT want Fast & Furious to go to space hasn’t fully embraced the franchise.

(As long as it’s still about Family… and Corona)
pic.twitter.com/5GwsOsd69B

I freaking knew it! And who's directing? Justin Lin. Are we finally going to get that Fast & Furious + Star Trek cross over where Kirk and Dom's crews band together for the ultimate space heist?

Are you excited to watch Fast & Furious 9? Let us know in the comments section.

‘Fast And Furious 9’ Gets Its First Teaser [Video]