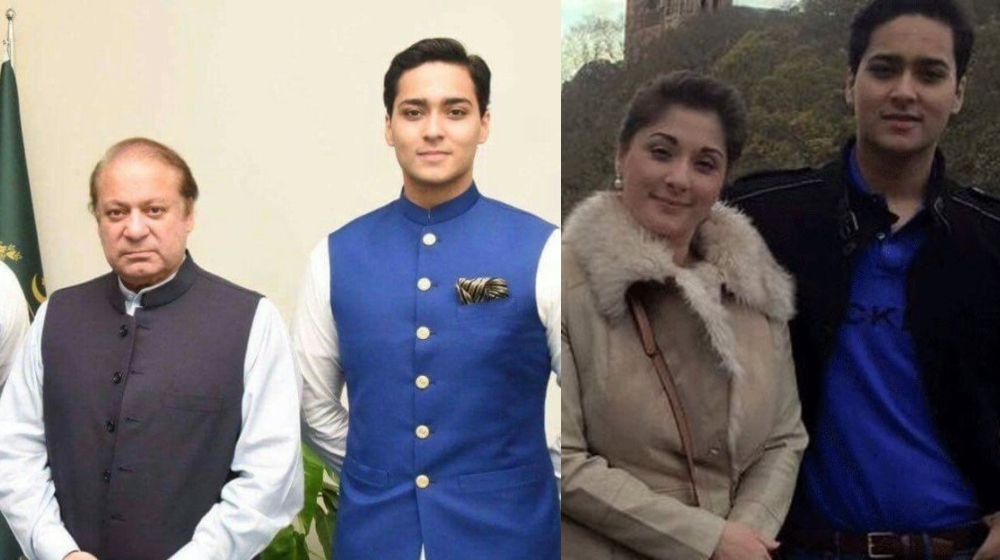 With all the salacious facts Pakistan Muslim League Nawaz brings up about others, their own family isn’t safe from such gossip either. Turns out Maryam Nawaz’s son Junaid Safdar is facing scrutiny of the same sort. It is alleged that Junaid and Senator Saif-ur-Rehman’s daughter are getting married soon.

According to Express News, ex-prime minister of Pakistan Nawaz Sharif’s grandson and Maryam Nawaz’s son Junaid Safdar is in a relationship with Senator Saif-ur-Rehman’s daughter. This news was broken by noted journalist Sohail Warraich.

The journalist also states that the girl was chosen by Nawaz Sharif himself.

Is this a political match made in heaven or did the parents set them up? Not to mention what will be the political fallout if they ever break-up?

Just how many people think they’ve found ‘the one’ in their 20s after all?

We think like most political dynasties, these two will end up being together permanently.

Senator Saif-ur-Rehman was the chairman of the National Accountability Bureau (NAB) and is one of Nawaz Sharif’s close associates. Pakistan People’s Party (PPP) also blames Saif-ur-Rehman for opening corruption cases against its leadership. He’s also wanted on charges of torturing and prosecuting political opponents.

Junaid Safdar might be groomed up as the next PML-N stalwart. Because lets face it, his mother Maryam Nawaz was billed by many to take over the party once the Sharif brothers had their time in the limelight.