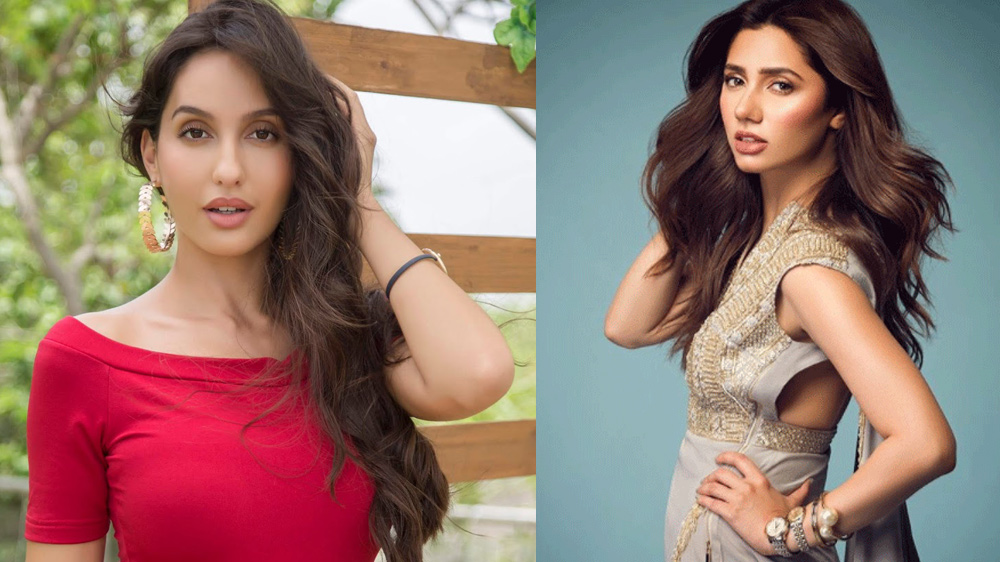 Rumors are afloat that the Dildar girl Nora Fatehi is set to perform in a song for Mahira Khan’s next movie Superstar.

Word is going around that the Canadian actress will catch a plane to Pakistan to shoot the song.

In #NayaPakistan @Norafatehi to sizzle in movie of @TheMahiraKhan
Likely to be released on Eid in
#Pakistan pic.twitter.com/2FtOr4OTcz

For those who are unaware, Nora Fatehi, a famous Canadian dancer, created a lot of buzz in Bollywood after her moves for the remix version of Dilbar blew away fans last year.

While the Moroccan-Canadian star already has a huge fan following in India, there’s no doubt that she will win more hearts with her exceptional dancing skills and talent if she really does make a cameo in Pakistani film Superstar.

For the time being, we’ve got our fingers crossed.

Mahira Khan’s Superstar cast her opposite Bilal Ashraf. The movie is being directed by Udaari director Mohammad Ehteshamuddin.

For the dance number, Nora Fatehi is expected to be cast opposite Bilal Ashraf.

Recently Mahira Khan’s cameo in a dance number in Shehryar Munawar’s Paray Hut Love created a lot of buzz. While Maya Ali is the lead in the rom-com, Mahira stole hearts with Morey Sayian‘s teaser.