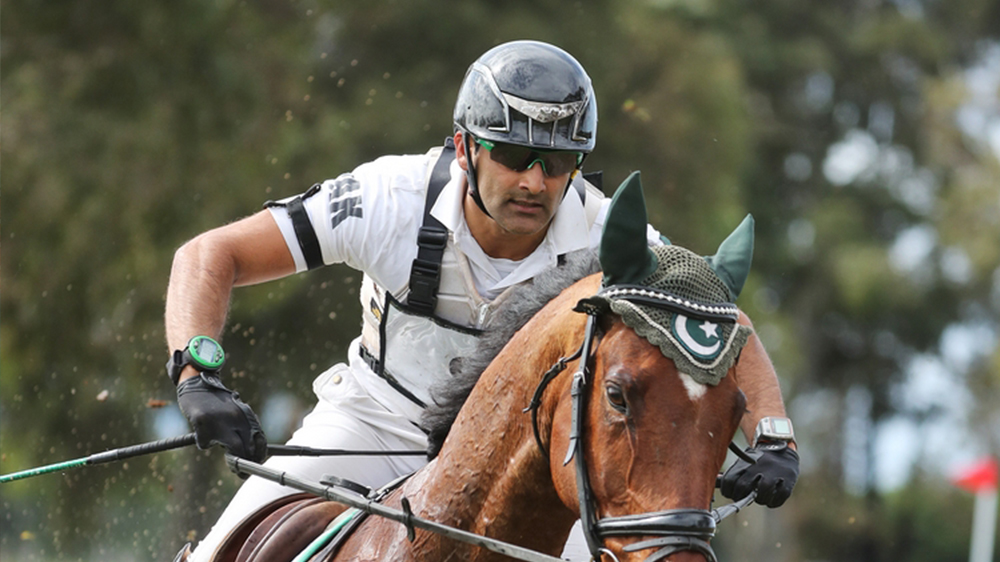 Pakistan’s Usman Khan is ranked No 1 in Africa and Middle East Group ranking and No 2 in the Olympic Group. He is also the first Pakistani to qualify for Olympics in the equestrian category. In FEI (Federation Equestrian International), he is considered Pakistan No 1 event rider. He has won 2 FEI events, where Pakistan secured wins at international events after a period of 13 years.

This world-class Equestrian is living in Melbourne, Australia. In 2019, he qualified for the Tokyo Olympics with his horse Azad Kashmir.

Being a dual national, he has an opportunity to ride for Australia or Pakistan. However, he chose Pakistan.

This is the first qualification of Pakistan in the field of equestrian since 1947. Things were going good for him and he was all set to play in the Olympics in July 2020. Unfortunately, the games were canceled due to COVID19 and things became uncertain. Then came the bigger tragedy when his horse Azad Kashmir died of a heart attack in Sep 2020.

Now Olympics are rescheduled for mid-2021. Only a few horses are available which can be fully trained in the time available before the Olympics. The price tag of a reasonable horse oscillates from $200,000.00 to millions. All relevant sports bodies in Pakistan know of this situation but are moving at a snail’s pace!

Usman does not have money to buy a horse as he has spent every penny on this sport in the last 15 years. If he does not get a horse at the earliest, he may not be able to train it enough and Pakistan may not qualify. Due to delay, more qualifying rounds are being planned, and this could end up giving way to Zimbabwe (the reserve team) to be in Olympics.

He had qualified for the previous two Asian Games but could not represent Pakistan due to a lack of support from Pakistani sports bodies. In the 2018 Asian Games Jakarta, the Federation backed out one day before flying out. Qatar federation announced a free flight for him on their C130 to Indonesia, but that was not enough to manage the logistics of such an expensive sport.

Despite these heartbreaking episodes, this man with steel nerves has not given in. I feel that we all must do something to help him take Pakistan into the Olympics and achieve the highest glory as a sportsman. You can play your part by guiding us in any way you can.

How to Help Usman Khan

As Pakistanis, we can help him in three ways:

To help Usman, the community needs to raise AUD200,000. Till now, about 10,000 has been collected already, thanks to pledges by friends in the community.

Additionally, we are launching an Australia-wide fundraising campaign with the help of community leaders.  The Pakistani diaspora around the globe is requested to do the same.

Please act timely, because time is of the essence. Inshallah we will pave the way forward for a promising star.